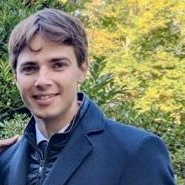 *Editors’ note: This post is part of a series on ‘The Human Rights Act After 22 Years’, following the SLS Annual Seminar held in November 2022. You can read the first post in the series here.

Rising like an arguably rather dark phoenix from the ashes, the Bill of Rights Bill now appears back on the legislative agenda. Yet again, the repeal of the Human Rights Act 1998 (HRA) seems somewhat inevitable, unless cabinet will once again implode in turmoil. In this light, the potential of the common law to provide a system of rights protection of similar vigour to that of the HRA has rightly gained much attention. The previous debate has largely focused on the content and development of common law rights and the structural potentials of the common law constitution. In contrast, this post will shed some light on what Mark Elliott described as the rigour of rights protection. The repeal of s. 3 HRA is surely one of the major cuts of judicial competences that the Bill of Rights Bill aims to undertake. Reinforcing a suggestion made by Eirik Bjorge and Michael Foran, it will hence be argued that the judiciary may well fill this protection gap by applying the proactive principle of legality (PoL). The use of this principle, however, can only be justified by acknowledging a new doctrinal foundation that reconciles it with parliamentary sovereignty.

The proactive principle of legality as a new foundation of interpretation powers similar to s. 3 HRA?

As reconstructed by Jason Varuhas, the UKSC has recently been applying the PoL in a much broader sense than what had been developed based on its classic and augmented roots. The classic PoL allowed for Parliament to generally infringe constitutional rights and principles by way of express words and, at least for most rights, by way of necessary implication. Thus, it is only where the words used in primary legislation are general or ambiguous that the courts are enabled to read them down. The augmented variant extended this to include a proportionality dimension in that even when there are specific express words that limit a fundamental common law right, the courts will ensure that there is only a necessary restriction on this right. In contrast, according to the proactive PoL, those rights that are deduced in close proximity from the trinity of constitutional principles will be upheld even against virtually express meanings of primary legislation. For instance, Lord Neuberger in Evans read down the Attorney General’s veto power in s. 53(2) Freedom of Information Act 2000 (FOI) based on reasonable grounds so as to include only ‘few occasions’ and ‘limited grounds’, i.e. when there had been a material change of circumstances or the foregoing tribunal decision was manifestly flawed. Lord Neuberger’s reading of s. 53(2) FOI thus shaped both the express legal consequences of the Attorney General’s veto as well as the conditions of its use. A similarly constructive interpretation of Acts of Parliament has been established in cases concerning ouster clauses (see Anisminic and Privacy International). Earlier this year, the UKSC renewed its focus of triggering the PoL only if the ordinary meaning of legislation is general or ambiguous (Coughlan) and if a fundamental right is in play (PRCBC).

Despite the conditions of its applicability, it seems not far off the mark to consider the proactive PoL as having the potential to become a general rule of statutory interpretation the application of which depends not on the statutory words but on the fundamentality of rights in question. As such, the legendary ‘vacuum’, that Parliament does not legislate in, is in fact an environment of omni-applicable constitutional principles. On this basis, courts will generally assume Parliament to have contemplated the constitutionality of statutory bills. What appears clear with regard to Evans, Anisminic and Privacy International is that the words of primary legislation do not in fact ultimately prevent the application of constitutional principles. Depending on the constitutional significance of the respective right or principle, courts are empowered to constructively interpret primary legislation even against the use of virtually express words provided these retain a degree of either generality or ambiguity. Indeed, the proactive PoL has previously been applied only to discretionary powers or ouster clauses. It is in these instances that it already resembles significantly the constructive interpretation power pursuant to s. 3 HRA the exercise of which has been restrained not by literal meanings but by the general concept of the statute (‘fundamental feature’, ‘the underlying thrust (…), grain (…) or (…) pith and substance’). This is not to neglect the differences that the courts have hitherto demonstrated between s. 3 HRA as a statutory requirement and the proactive PoL as a common law power. Whilst the proactive PoL enables courts to read words down, s. 3 HRA also includes the power to read words in. In contrast to the proactive PoL, the application of s. 3 HRA is not limited to general or ambiguous words. However, in their effect on the courts’ powers, these differences may actually constitute a matter of degree that appears in fact rather slight. Given the inherently abstract character of primary legislation, the requirement of generality will be fulfilled more often than not. Reading words in and reading words down may just be two of a kind, i.e. of constructive interpretation. This can traced back to how Lord Neuberger applied the proactive PoL in Evans when he read ‘reasonable grounds’ down by filling it with rich normative content that arguably changed the statute’s literal meaning. But to frame the proactive PoL in this manner requires some reconciliation with its implications for the legislative powers of Parliament.

Taken at face value, this functioning of the PoL appears to be manifestly at odds with parliamentary sovereignty. This is because, until today, the literal meaning of statutes is of utmost importance to determine Parliament’s intent which is protected at (almost) all cost. Thus, a statute’s words decide not only upon its content; they also constitute the major shield of statutes against judicial interventions. Exclusively by virtue of its words, a statute may actually be held to infringe a constitutional right or principle. It almost seems as if legislative conceptions of great complexity must necessarily find the most literal manifestations to be given full respect by the courts. It is only in this manner that Parliament can most definitely avoid judicial interpretations pursuant to the classic PoL. In this way, the classic PoL attempts to find just the right balance between parliamentary sovereignty and the protection of constitutional rights. Strikingly though, this constitutes a rather weak protection of legislative supremacy. Assessments of ‘expressiveness’ will almost inevitably include some element of arbitrariness.

Coining a phrase, TRS Allan called this a ‘semantic lottery’. In other words, how supreme can Parliament be if what ultimately counts as protecting legislative freedom is not the legislative concept but only some – certainly debatable – degree of literal expression? Also, the rights and principles competing with legislative content possess a normative potential that the literal meaning of statutory words will tendentially fail to reach. What is needed, therefore, is a doctrinal development to include into the protection of legislative supremacy the general concept of the respective legislation. The legislative concept of a statute may be found in a similar way to what in the context of s. 3 HRA has been called ‘fundamental features’. This will include analyses of the systematic environment of respective statutes and the purpose that they serve irrespective of whether they have found a specific literal expression. As could be based on HS2, a statute’s concept in reflection of fundamental constitutional principles may indicate a protection of higher degree than other constitutional norms. Essentially, protecting the intent of Parliament cannot stop at the words used. To take Parliament seriously means to emphasize more strongly the overall legislative concept so as to both ascertain and protect legislative intent.

In turn, this legislative concept must necessarily be taken to be embedded in the fundamental principles of the rule of law and the separation of powers. It follows from the assumption that Parliament conceptualises statutory content that Parliament will also contemplate the constitutionality of its conceptions. Indeed, the courts must generally take the legislative concept for granted. The courts’ role remains limited to interpret legislation. Yet, in their interpretation, they consider the meaning of constitutional principles that Parliament will – notwithstanding conceptional indices to the contrary – be assumed to have taken into account in the legislative concept. And the courts would be encouraged to do so by acknowledging Parliament’s will to be found in statutory concepts, not just in words. This way, the courts could constructively engage with primary legislation while actually recognizing legislative supremacy.

In sum, the proactive PoL has the potential to become the foundation of rights protection of similar rigour to s. 3 HRA. To achieve this, the courts would need to emphasize more strongly the protection of legislative intent based on the legislative concept which in turn is subject to the application of constitutional principles. Some may put this proposition on a level with relativising parliamentary sovereignty. They may be reminded that the UK Supreme Court took a similar approach when arguing in Cherry/Miller No. 2 that an interference with parliamentary sovereignty may well be justified depending on the circumstances of the respective prorogation. It does, however, not require to transfer the approach of the UKSC to the interpretation of legislative acts to reconcile the proactive PoL with parliamentary sovereignty. All that is needed is to appreciate a stronger protection of legislative intent.

This post is based on inspirations from attending the 2022 SLS Annual Seminar ‘The Human Rights Act After 22 Years: Evolution, Impact, Future Directions’. I am grateful to Richard Martin for his valuable comments on the initial draft, to Alison Young and Michael Gordon for their profound remarks in the drafting process and to Merris Amos for organising the splendid seminar.