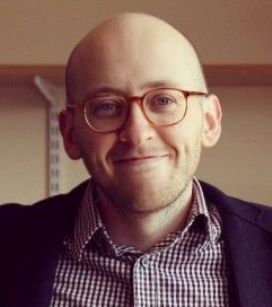 Did the UK Supreme Court enforce a constitutional convention in Miller (No 2)? Most writers say no. I say yes.

I won’t go through the case in detail. For my purposes three points matter.

Second, the court says that this principle imposes a ‘legal limit’ on the power to prorogue. Specifically, a decision to prorogue or to advise the monarch to prorogue Parliament is unlawful if it frustrates or prevents Parliament’s ability to carry out its function as the the body responsible for supervising the executive, without reasonable justification. By ‘supervising’ it is clear the Court means to include holding the executive to account.

Third, the Court makes almost no mention of constitutional conventions by name. In particular, it does not discuss the convention of ministerial accountability.

Given these points, it’s easy to see why you might think that the UKSC does not enforce a convention. The Court certainly enforces something. But what it enforces is, on the Court’s own description, not a convention; it’s a principle. This is what Richard Ekins says. It also seems to be what Mark Elliott has in mind:

The Court in Cherry/Miller (No 2) manifestly does not legally enforce the constitutional convention of executive accountability to Parliament, and therefore does not treat that convention as a legal principle. What the Court does — and it is entirely justified in doing so — is to take legal cognisance of the underlying constitutional reason or principle that underpins and animates the convention of accountability to Parliament. The principle in question is that in a parliamentary democracy, there must be adequate opportunity for the executive government to account to and to be held to account by the legislature.

It helps to break the argument down. Let me use ‘norm’ as a term broad enough to include both principles and conventions. Then we have the following:

I grant 1 and 2 for the sake of argument. But I do not accept 3. (The conclusion goes through if, instead of 3, we simply claim: N is not a convention. I address this possibility below.)

Conventions and principles are normally thought of as alternatives. But they are no more alternatives than a rear-wheel drive car is an alternative to a Japanese car.

What is a principle? I’ll use Raz’s definition: a principle is a highly unspecific norm. (J Raz, ‘Legal Principles and the Limits of Law’ (1972) 81 Yale Law Journal 823, p 838.) This makes a constitutional principle a highly unspecific norm which is part of the constitution. The separation of powers, for example, is a constitutional principle because there are a great many ways to separate powers in accordance with this norm, and it is part of the constitution. (If you don’t like this definition, there are others you can choose from. My argument goes through even if a principle must have an element of weight, for example, or moral justifiability.)

What is a constitutional convention? It is a norm which is part of a constitution and which is grounded in – which exists in virtue of – a political practice or political custom. The convention that the monarch must grant assent to bills passed by Parliament, for instance, is grounded in the fact that monarchs have done this often enough, and that relevant political actors accept that she ought to do so. (Something like this definition would be accepted by Ivor Jennings, Geoffrey Marshall, and the like. But if you want to add other elements – eg a reason for the norm – feel free.)

I said that there can be conventional principles – in theory. What about in practice?

Consider the norm of parliamentary accountability. The norm is a principle because the act it prescribes – Parliament holding the executive to account – can be performed on a great many occasions in a great many generic ways.

Suppose you were asked what grounds this principle. You would, I think, point to the same sort of facts that the UKSC did. These are facts about what political actors do and think. They include:

To this list we can add the fact that political actors tend to accept the general proposition that Parliament ought to hold the executive to account. In appealing to facts like these, we are saying that this principle is grounded in a political custom.

Supposing this is right, why should you care?

First, it turns out that the UKSC did in Miller (No 2) what it said it would not do just two years ago in Miller (No 1). It said then that courts were not the ‘guardians’ of conventions. Now, apparently, courts are the guardians of at least some conventions.

My thanks to Farrah Ahmed and Hasan Dindjer for comments on a draft of this post.

Adam Perry is an Associate Professor at the University of Oxford, and Tutor and Fellow at Brasenose College.