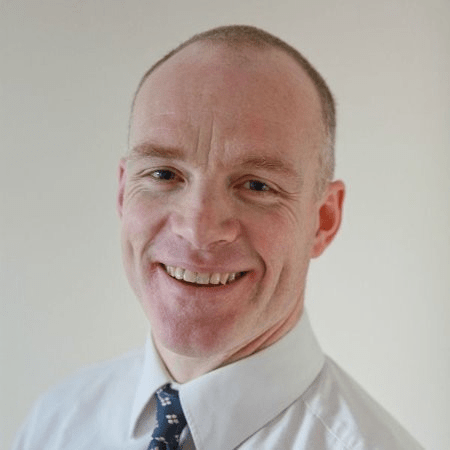 Clause 67 of the Nationalities and Borders Bill provides that any legal effects derived from the retained EU Trafficking Directive which are incompatible with any provision in the Bill cease to be law.  The major problem is that the clause doesn’t specify which provisions cease to be law.  Unlike all other legislation, the Bill is silent on this crucial point.  Therefore, no-one knows what provisions in the Directive are still law, and what legal effects arising out of that Bill are still law, up until the point that a judge makes an authoritative ruling.  The Trafficking Directive is therefore the legislative equivalent of Schrödinger’s cat – it is simultaneously law, and not law.

Schrödinger’s cat is a scientific thought experiment to explore the unknowability of outcomes (or quantum superposition) until an event happens to resolve that unknowability.  In the hypothetical experiment, a cat is placed in a box, along with a flask of poison and a radioactive substance.  The radioactive substance has a chance of decaying, and if it decays, it will cause the flask to smash, and the cat to be poisoned.  The point of the experiment is that, before the box is opened, the cat is simultaneously dead and alive, because we have no way of knowing whether the radioactive particle has decayed.  Only upon opening the box does this duality of dead/not-dead end and the outcome become known.

The EU Trafficking Directive of 2011 was enacted to prevent and combat trafficking in human beings and to protect its victims.  Prior to Brexit it was vertically directly effective in the UK, meaning that it could be relied upon by an individual against the state.  At the outset of Brexit, there was a risk of legal uncertainty as it wasn’t clear what would happen to all the EU law applicable in the UK now that it was leaving the EU.  This uncertainty was resolved in a very clear way by section 4 of the European Union (Withdrawal) Act 2018.  That section essentially provided that all EU law having effect in the UK pre-Brexit, would continue to have effect in the UK post-Brexit, up until such time as the UK government exercises specific statutory powers or Parliament passes legislation to change it.  Section 4(1) states that:

(a) are recognised and available in domestic law by virtue of section 2(1) of the European Communities Act 1972, and

(b) are enforced, allowed and followed accordingly,

continue on and after IP completion day] to be recognised and available in domestic law (and to be enforced, allowed and followed accordingly).

This is a sensible way to ensure legal certainty.  EU law that had effect in the UK before completion of the implementation period (IP day) remains in force.  There is legislative continuity – if it was law before, it is law after.  The Withdrawal Act of course goes on to state in section 7 that retained EU law may be modified through subsequent legislation, in accordance with the UK’s newly restored sovereignty.  Furthermore, under section 8, specific and defined ‘deficiencies’ in retained EU law as a result of end of EU membership may be corrected through the exercise of time-limited statutory powers.  Once again, and irrespective of the merits of Brexit, this is a sensible legal provision as it provides a route to achieve legal certainty – we know what the law is and we have a clear procedure for making new law.

However, clause 67 (as numbered on introduction to the House of Lords) of the Nationalities and Borders Bill introduces legal uncertainty.  Clause 67 provides that retained EU law derived from the Trafficking Directive ceases to have effect to the extent that it is incompatible with the provisions of the Bill.  It states:

Section 4 of the European Union (Withdrawal) Act 2018 (saving for rights etc under section 2(1) of the European Communities Act 1972) ceases to apply to rights, powers, liabilities, obligations, restrictions, remedies and procedures derived from the Trafficking Directive so far as their continued existence would otherwise be incompatible with provision made by or under this Act.

This creates legal uncertainty because, rather than specifying the provisions of the Trafficking Directive which no longer apply from the date the Bill enters into force, there is instead a blanket statement that any provisions may cease to apply at a hypothetical future date at which any incompatibility may be identified.  Could this uncertainty be remedied by future delegated legislation which repealed or amended the Directive?  Possibly yes, but only if there is power to do so by statutory instrument.  And in any event, there is no good reason to dodge this important point in primary legislation by leaving it to a much less scrutinised statutory instrument.

The statute book as a tapestry

The statute book can be considered as a tapestry, full of many individual threads each representing different laws and legislative provisions.  Whenever we wish to enact new laws, we are not faced by a tabula rasa, a blank canvas that we can paint any picture we wish upon.  Instead, we must weave our new law into the existing tapestry, making sure that it coheres with what is already there.

The proper way to make all these changes is by express modification in the new Act of all existing laws that we want to amend or repeal.  From the legislative drafting perspective, express repeal is very much favoured.  Thornton’s Legislative Drafting states that (5th edition, page 490):

in the interests of certainty it is undesirable that the effect of a statute on existing law should be left to implication … Repeal by implication is also open to serious objection in that it fails to perform the basic statutory function of communicating the law as well as determining it.

Xanthaki repeats this advice in Drafting Legislation: Art and Technology of Rules for Regulation when she says (at page 182) “It is the drafter’s duty to identify which existing legislative texts are affected by the new one, in total or as a part.  And to repeal or amend accordingly.”

There still remains open the possibility of implied repeal –  where an earlier Act is inconsistent with the new Act, those earlier provisions are impliedly repealed to the extent of that inconsistency.  This gives effect to the principle of parliamentary sovereignty, that an earlier Parliament cannot bind a later Parliament.  According to Bennion on Statutory Interpretation, (section 6.10, 7th edition) this is a principle of statutory interpretation.  Bennion goes on to say (page 207) that:

Considering the current loss of life in the English Channel, a law protecting victims of trafficking seems to constitute an important enactment with a very clear human rights dimension.  Implied repeal can be distinguished from the disapplication mechanism in clause 67. This principle of statutory interpretation should function as a last resort coherence guarantee by the judiciary in the event that the legislature has not foreseen conflict with older law. By contrast, in the Nationality and Borders Bill the government has clearly foreseen the possibility of incompatibility. In such a situation, Parliament should do the work of weaving this new thread into the tapestry, rather than deferring this to the courts.

Clause 67 and the Rule of Law

Clause 67 undermines the Rule of Law.  The Rule of Law requires certainty, that is to say we are bound by fixed, clear and certain rules, which are known in advance.  But clause 67 turns the Trafficking Directive into Schrödinger’s legislation – it is both law, and not law, at the same time.   We don’t know if any provision in that Directive, or any legal effect deriving from it, is law until such time as a judge opens the box and makes a determination if that retained EU law is compatible with the Nationalities and Borders Bill.  If affected persons or practitioners were trying to determine a lawful course of conduct under the Trafficking Directive, they will have no way of knowing if a provision in that Directive is (or will be) law.  Not even the Government knows, because they have been unable to set out a list of repeals or consequential amendments.

The correct course of action, which is followed in every single other Act of Parliament affecting pre-existing law, is to set out consequential amendments and a repeal schedule stating exactly what has happened to the pre-existing law.  Xanthaki (page 183) makes precisely this point in favour of legal certainty, saying that “general provisions stating that anything in contrast to the new legislative text is amended are unclear and invite for judicial law-making”.  A blanket statement that anything in the old law which is incompatible with the new Act no longer has effect is bad law-making.

Clause 67 also undermines democratic legitimacy as it allows the Government to hide the effect of the Bill behind a bland statement on incompatibility in the Bill.  There is no doubting the right of the Government to introduce legislation to repeal the Trafficking Directive, nor the sovereignty of Parliament to repeal it.  These are matters of political discussion and persuasion in a functioning legislative assembly.  However, with this clause, parliamentarians do not know what they are voting for.  The Government does not have to pay a political price for doing something as potentially unpopular as repealing a law designed to protect victims of human trafficking.  Parliamentary sovereignty does mean that Parliament can enact unpalatable (although perhaps not extreme) legislation, but it requires a clear statement in that legislation to that effect.   For example, it could say that Article 11 (assistance and support for victims of trafficking) is repealed.  Simply saying that “anything incompatible is repealed” dodges the political price of that repeal.  Furthermore, it pushes this important political question onto the courts, and forces them to decide important policy matters which they may well feel are better decided in the political sphere.  The Government’s manifesto commitment was “ensuring that [judicial review] is not abused to conduct politics by another means or to create needless delays”.  So it is odd that this clause pushes the courts directly into that territory.

The most basic test for any Act is – does it set out the law?  Clause 67 of the Nationalities and Borders Bill does not pass that test, because it does not set out the law. The reader has no effective way of knowing if the Trafficking Directive is law or not law as the Bill fails to give a fixed, clear and certain answer.  The correct approach is that set out in virtually every other Bill ever enacted by Parliament – a specification of what it does to the pre-existing law.  Without that, this clause turns into a thought experiment, leading us to conclude that the Trafficking Directive is now Schrödinger’s legislation.  It is simultaneously law and not law.