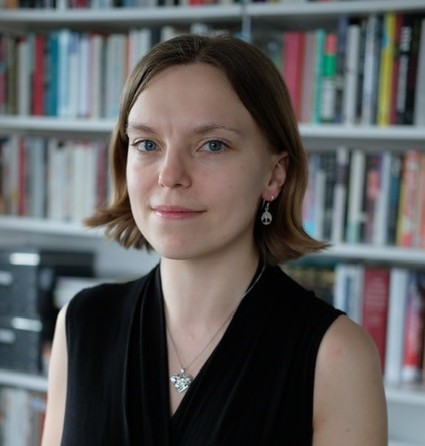 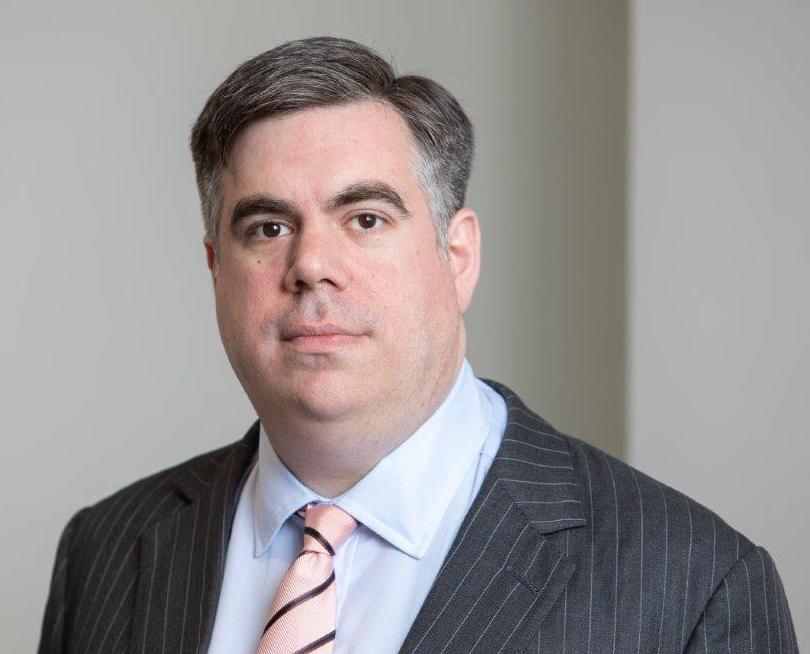 On Tuesday 17 March, the  House of Lords endorsed a report by the Procedure Committee which has the effect of establishing a new Committee tasked with scrutinising international agreements, or treaties, that are negotiated and signed by the UK in 2020.

Treaty scrutiny has long been a challenge for the UK Parliament, but it is a crucial and developing area as competencies return to the UK post-Brexit. This short post assesses how Parliament has come to play a more significant role in the scrutiny of international agreements and looks ahead at some of the future challenges that may arise.

The treaty-making power of the Crown is a prerogative power, traditionally exercised by the Foreign Secretary. Parliament need not consent to the Crown entering into a treaty. Under the ‘Ponsonby Rule’ – introduced in 1924 – a treaty subject to ratification, or analogous procedure, was notified to Parliament alongside a short explanatory memorandum. Although it could be debated, Parliament had no power of veto.

That element of the Ponsonby Rule was codified into statute under the Constitutional Reform and Governance Act 2010 (“the CRAG Act”) – described by former Foreign Office Deputy Legal Adviser Anthony Aust as an “unnecessary” and “much more cumbersome” procedure (Modern Treaty Law and Practice (3rd Edition, CUP, 2013), p168).

In fact, while Part 2 of the CRAG Act places some, modest, burdens on the Government, these can hardly be described as onerous. Under the CRAG Act, the Government must lay the agreement for 21 sitting days and provide an explanatory memorandum “explaining the provisions of the treaty, the reasons for Her Majesty’s Government seeking ratification of the treaty, and such other matters as the Minister considers appropriate.”

But Parliament has no power to preclude the ratification of a treaty if it does not agree that the new agreement would be in the public interest. And while the CRAG Act provides the House of Commons with a theoretical power to delay the ratification of an agreement, this has never been used, and can be sidestepped entirely in “exceptional cases.” Moreover, the obligations on the Government only arise once an agreement has been signed – which is far too late in the process to influence the outcome.

Under its dualist system, then, the only real influence that Parliament currently has is to refuse to enact the legislation, whether primary or secondary, necessary to implement an agreement in domestic law prior to ratification. However, not all agreements will require legislation, and Parliament’s scrutiny of secondary legislation is subject to sufficiently extensive criticisms that it is not necessary to rehearse the arguments here.

The new challenge for Parliament

The deficiencies in Parliament’s scrutiny of international agreements have not gone unobserved. In 1998, Professor Robert Blackburn stated that Westminster was the “only parliament in the European Union that lacks a formal mechanism for securing parliamentary scrutiny and approval of treaties.” He noted a Labour Party policy paper as far back as 1993, entitled “A New Agenda for Democracy”, which argued for extending Parliament’s control over treaties (The Law and Parliament (Butterworths 1998), p188-9). Little changed after the passage of the CRAG Act, and in 2016, Arabella Lang noted that it did “nothing new to help Parliament scrutinise treaties effectively” (Parliament: Legislation and Accountability (Hart 2016)).

In a paper published by Policy Exchange in 2020, taking account of Brexit, the former First Parliamentary Counsel, Sir Stephen Laws, noted arguments in favour of parliamentary scrutiny of treaty negotiations and suggested the creation of a “supervisory committee … on the model of the Intelligence and Security Committee” which could “provide private challenge to the Government’s negotiating strategy” while providing “reassurance to Parliament” (p.16).

Domestic Parliamentary scrutiny by Committees is currently very limited. Until 2019, the only systematic scrutiny of treaties was conducted by the House of Lords Secondary Legislation Scrutiny Committee (SLSC), which began to scrutinise treaties in the 2014-15 Parliamentary session. In written evidence to the Lords Constitution Committee, in 2019, the SLSC indicated that it had considered 69 treaties since 2014-15, had reported 18 of them for information and had not drawn any of them to the special attention of the House.

Since 2019, the Lords EU Committee has scrutinised all ‘Brexit-related’ treaties. It has produced 22 reports looking at more than 50 agreements, many of them seeking to replicate, or ‘roll over’ trade agreements the EU had with third countries. 2019 also saw the first debate following a motion under the CRAG Act. However, a blog in 2019 by Holger Hestermeyer notes that there “is no equivalent systematic scrutiny [mechanism] in the Commons” for the Government to engage with.

Both the EU Committee and the Constitution Committee have recently produced reports on parliamentary scrutiny of treaties more generally, agreeing that there was more that could be done. In its report, Scrutiny of International Agreements: Lessons Learned, the EU Committee concluded that the CRAG Act is “poorly designed to facilitate parliamentary scrutiny” and that the timetable of 21 sitting days for scrutiny “is too short to allow for proper consultation or engagement by committees.” Such consultation and engagement will be vital to inform scrutiny of agreements that will affect every sector of the UK’s economy.

In its report, Parliamentary Scrutiny of Treaties, the Constitution Committee endorsed the creation of a new treaty scrutiny select committee which could “sift all treaties, to identify which required further scrutiny and draw them to the attention of the Houses”, with the power to “secure a debate on treaties it deems significant.” (Mark Elliott and Stephen Tierney have provided an analysis of that report here on this blog previously.)

Parliamentary scrutiny is important because treaties increasingly have a direct effect on daily life in the UK. Over the next year, we expect the Government to negotiate important trade agreements with the United States, Japan and other major economies. These agreements may affect jobs, and the price and availability of goods in the shops.

New agreements can also affect the role of Parliament by requiring legislation to be passed by Parliament, or by preventing a future Parliament from passing legislation which would place the UK in breach of its international law obligations.

The Department for International Trade (DIT) has already acknowledged the importance of engaging with Parliament at an earlier stage when it negotiates agreements. Proposals for closer engagement have featured in a series of papers published in February and July 2019 and most recently in March 2020. In a debate in the House of Lords on 16 March 2020, these commitments were noted in an amendment moved by Baroness Hayter of Kentish Town (eventually withdrawn). Although the context of that debate was the UK-EU negotiations, the commitments made by DIT, and the expectations of the House about Parliament’s involvement, will be important in respect of all future agreements.

In its paper ‘UK-US Free Trade Agreement’, DIT republished an earlier, helpful, suggestion that it would publish an outline approach “which will include our negotiating objectives.” It also said that it would provide specialist committees of Parliament with access to “sensitive information” and “private briefings from negotiating teams” to ensure that parliamentarians can follow negotiations and take a comprehensive and informed position on any final agreement.

But it must be stressed that treaty scrutiny is not only about trade. Agreements can encompass security, the environment and many other issues of public interest. Going forward, it will be essential that the UK Parliament is well informed about all new international agreements. It is also important that the Government engages with the devolved administrations and legislatures, which will have a legitimate interest in the agreements that are struck on their behalf – particularly where they engage with competencies that have been devolved to Scotland, Wales and Northern Ireland.

The new International Agreements Committee will work under the umbrella of the House of Lords EU Committee in 2020, taking on the remaining ‘roll over’ agreements post-Brexit as well as the new international agreements on which the UK Government has now begun work. It will have a vital role in ensuring that these new agreements get the scrutiny they deserve. It will need to establish good working relationships with both the Foreign Office and DIT; will need to devise information sharing protocols so that Parliament’s role is not reduced to a rubber-stamp after an agreement has been signed; and develop ways to engage with stakeholders who will be affected by the new agreements that are being negotiated. Although the Lords will still not have the power to delay ratification substantially, in the Lords the IAC will have a better chance of securing the necessary time for debates on significant treaties, meeting one of the Constitution Committee’s key recommendations. This new committee provides an opportunity, then, but the difficult precedent of agreeing a Withdrawal Agreement with the European Union demonstrates that we should not underestimate the challenges ahead.

The authors would like to thank Dr Holger Hestermeyer of King’s College London for his helpful comments on a draft of this post.

Alexander Horne is a barrister (Lincoln’s Inn) and is the Legal Adviser to the European Union Committee and the new International Agreements Committee.

Dr Dominique Gracia is the Clerk to the International Agreements Committee.

Both authors write in their personal capacities.