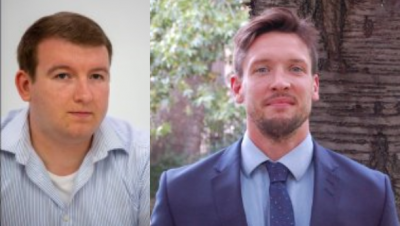 The Fixed-term Parliaments Act 2011 (hereafter the FTPA) removed the Prime Minister’s power to unilaterally trigger a general election, extinguished the Monarch’s prerogative power to dissolve Parliament and established a system of fixed-term (or semi-fixed) five-year Parliaments. Section 7 of the Act, a government concession following intense scrutiny in the House of Lords, requires the Prime Minister to “make arrangements for a committee to carry out a review of the operation of this Act and, if appropriate in consequence of its findings, to make recommendations for the repeal or amendment of this Act”. The provision requires the committee to be established after 1 June 2020 and by 30 November 2020. This statutory requirement could be circumvented if the FTPA is repealed before 30 November 2020. While there might be good political reasons to move quickly, in constitutional terms we argue that this would be a mistake. The FTPA is itself an example of what can happen if constitutional change is rushed through for reasons of political expediency. The replacement of the FTPA should be the product of a process that facilitates public engagement and expert scrutiny. This will, in our view, give the replacement of the FTPA a better chance of lasting for the long-term.

However, when compared to those reforms, the FTPA is more politically controversial. The Conservative Party’s 2019 manifesto promised to repeal it (as did the 2017 manifesto). There appears to be a political consensus that the FTPA needs to be repealed (the Labour Party’s manifesto committed to repeal the FTPA), but there does not appear to be consensus on what should replace it. The Queen’s Speech in December 2019 suggests that the repeal of the FTPA will not be part of the remit of the proposed Constitution, Democracy & Rights Commission. If that is correct, there is a strong case for the Government to fulfil the obligation under section 7 of the FTPA by establishing a parliamentary committee to conduct a hybrid form of pre and post legislative scrutiny: examining both how the FTPA has operated and to evaluate proposals for how it should be replaced.

We have identified four main reasons for establishing a cross-party joint parliamentary committee to examine how to repeal and replace the FTPA.

The first is that repealing the FTPA will have profound and long-term constitutional repercussions, however it is done, especially for Parliament. When the FTPA was introduced to the House of Commons, the Clerk of the House of Commons, Sir Malcolm Jack, submitted written evidence to the Political and Constitutional Reform Committee. His evidence raised concerns that the Bill, in the form it was introduced, could risk inviting the courts to examine parliamentary proceedings and therefore trespass on parliamentary privilege. If the FTPA is replaced with a new set of statutory rules, questions of parliamentary privilege are likely to arise. Such questions can be more easily addressed if they are raised in the context of a draft Bill or draft clauses before a committee capable of taking evidence.

Secondly, the statutory requirement for a joint committee, with members of both Houses of Parliament, could result in a balanced line up of parliamentarians that could grapple with both the political and legal sides of issues raised by repeal of the FTPA. This would be only the second time that a joint committee has undertaken post-legislative scrutiny (usually it is undertaken by departmental select committees in the Commons and ad hoc committees in the Lords). In relation to the composition of the committee, the Minister in charge of the FTPA in the Lords, when putting forward the concession of the review, explained that a majority of the members of the committee would be from the Commons “reflecting both the primacy of the other place and the fact that they would have contested elections whose timing was determined by the Bill”. The Minister emphasised that Lords Members could still be on the Committee so as to enable it to benefit from “the wealth of experience and expertise on constitutional issues that resides in this Chamber”.

Thirdly, repealing the FTPA is likely to have an impact, directly or indirectly, on the date of the next General Election. It will be important that the process of deciding how to repeal the FPTA includes public consultation so that interested parties can feed in their views. For example, it will be important to consider how the repeal of the FTPA affects other elections in the UK, and the impact on electoral administration more generally.

Fourthly, repealing the obligation in section 7 of the FTPA and proceeding with a Bill to repeal the FTPA without any pre-legislative scrutiny would be divisive. The impact of the FTPA has been controversial and there is considerable disagreement over the difference it has made to recent events. The FTPA’s requirement, in section 2(1), that at least two-thirds of MPs vote for an early general election arguably contributed to the parliamentary deadlock in 2019. However, as Raphael Hogarth has argued the pre-FTPA situation was far from perfect. As long as Parliament, rather than the Government, holds the power to trigger an election, there will always be a risk that the parliamentary arithmetic could result in deadlock. The way in which the section 2(1) requirement was ultimately circumvented by the Early Parliamentary General Election Act 2019 also highlights the need for full debate on the value of super-majority requirements. Post-legislative scrutiny can produce an authoritative analysis of the FTPA’s impact on the relationship between Parliament and Government. This could provide the necessary evidence that can inform the process of producing the FTPA’s replacement. If the FTPA’s replacement is evidence-based, then this will increased the chance that it can command cross-party support and provide a long-term solution. Further, repealing a requirement for a review before it has taken place would damage trust between Parliament and Government. The review was offered by Government as a concession precisely because the members of the House of Lords had raised significant concerns with the long-term impact of the FTPA. Short-circuiting that process for the sake of political expediency would put into doubt the value of comparable government concessions offered in the future.

The government has pledged to heal Brexit divisions now that the UK has left the EU. The post-Brexit constitution will likely undergo significant changes. If such changes are to have a chance of garnering cross-party and long-term support, then they should be the product of a process that is commensurate with their constitutional significance. The frequency of general elections, and the way in which they can be triggered, should not become an area which is regularly reengineered for the sake of political convenience. In a constitutional democracy, one would expect constitutional reform to follow the process set out in law. The government has nothing to lose and much to gain by following the process set out in section 7 of the FTPA. The government has a clear mandate to repeal the FTPA, and thanks to its majority in the Commons, it has plenty of time to consider how to replace the FTPA. Constitutional reform can only be strengthened if it is preceded by public engagement and consultation. Repealing the FTPA represents an opportunity for the Government to show how it intends to approach constitutional reform in the post-Brexit era. The Constitution, Democracy & Rights Commission may lead to more constitutional reform proposals, which unlike the repeal of the FTPA, won’t have been specifically promised in the manifesto. If those proposals are going to bring the country together, it will be important that the Government shows that it recognises the value of building the case for constitutional change.

Jack Simson Caird, Bingham Centre for the Rule of Law