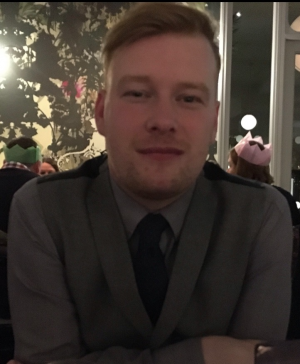 The ECHR was incorporated into UK domestic law through the Human Rights Act 1998 (HRA), which came into effect in October 2000 and has been hailed as a “constitutional statute” enjoying limited protection from implied repeal which this status brings (see Thoburn v Sunderland City Council). It has been further referred to as a “higher order” provision under which the long established doctrine of parliamentary sovereignty has yielded its station to the constitutional morality of the rule of law. It is arguable that the HRA has provided substantial positive protections to citizens as judgments finding violation against the UK have decreased in trend from 6.8% of Strasbourg judgments in 2001 to 0.2% in 2017.

In 2006 David Cameron said that the Conservative party would repeal the Human Rights Act and replace it with a “modern Bill of Rights.” (see Guardian). In 2010, the Conservative party further presented as committed to repeal and replacement of the HRA with a British Bill of Rights (BBoR) (see here). After the 2015 general election, Prime Minister David Cameron said that repeal of the HRA would be brought forward rapidly. The Conservative party had pledged in their 2015 manifesto to abolish the HRA and replace it with a BBoR in order to ‘break the formal link between British courts and the European Court of Human Rights and make our [the UK] Supreme Court the ultimate arbiter of human rights matters’ (see here). 9 years have now passed since the Conservative government committed to repeal, however the HRA still remains effective and no BBoR yet exists. However, in the Conservative party 2017 manifesto it is reported that ‘the HRA will not be repealed and replaced while the process of the UK’s exit from the European Union is underway.’

Some have stated that repeal of the HRA would be tantamount to withdrawal from the ECHR. However, although Article 1 ECHR obliges contracting states to secure Convention rights, it does not specify how this might be done. At present, the effect of Convention rights in UK domestic law is through the HRA, but it could be done under another instrument such as a BBoR, or through direct claims to the ECtHR like under as occurred prior to the coming in force of the HRA.

The focus for much of the criticism for the HRA and indeed the driver behind reform, is the contention that it provides ‘unelected’ judges too much power, thus removing decision-making from parliament. Proponents of a BBoR posit that this undermines the principle of parliamentary sovereignty. Reform of UK constitutional human rights appears to centre on a desire to ‘reclaim’ that sovereignty. The briefing notes to the Queen’s Speech of May 2015 states that repeal of the HRA is required to “have more control over its affairs” and to “restore common sense to the application of human rights laws.” It is sovereignty of Parliament which appears the consistent underlying reason behind the Conservative party proposals for a BBoR and with discourse demonstrating a desire to see UK courts as the highest judicial authority.

The lack of clarity on the proposal for a BBoR since Brexit has inhibited the ability for fully informed discourse, which is reflected by the Bill of Rights Commission failure to reach consensus on what should be included in a BBoR. Constitutional human rights reform also appears to stem from a political discourse that the current human rights framework is at odds with British legal sovereignty, in particular demonstrating a tension between human rights and democracy and the rule of law, with human rights regarded as a threat to the national interest. In particular, this notion is demonstrated in a further speech to the Centre for Policy Studies in 2006 in which it is said that a BBoR would allow more emphasis to be provided in the context of national security. This tension is neatly demonstrated through the UK Conservative government’s response to the constraining effect of the HRA on counter-terrorism legislation. In an article on this subject, Professor Helen Fenwick of the Durham Human Rights Centre demonstrates the effect of Convention rights on the government’s policy and use of control orders to restrict the activities of terrorism suspects (see Helen Fenwick, “Terrorism and the control order/TPIMs saga…”).

The full extent of the provisions within a BBoR remain to be seen, although some theories have emerged, which centre around the provisions within the HRA which provide a link to the Strasbourg court. Laetitia Nakache of the Constitution Unit (University College London) reports on Dr, now Professor Jeff King’s lecture to the Constitution Unit of 7 March 2016, in which Professor King sets forth the possible options for reform. Professor King suggests that withdrawal from the Convention is unrealistic. However, a few possible options for reform remain, should the UK remain party to the Convention. These options include: ‘To cancel any section 2 HRA duty to have regard to Strasbourg jurisprudence; to weaken the section 3 duty to interpret legislation so far as possible in a way compatible with the rights laid down in the ECHR, such that it adds little to the common law obligation; to remove the section 4 power to issue declarations of incompatibility and follow the New Zealand or Australian model to issue common law ‘declarations of inconsistency’(New Zealand) or statutory ‘declarations of incompatibility’ (Australia); to restrict the application of the BBoR to private parties by not including the power under section 6 of the HRA to apply rights protection against institutions ‘performing functions of public nature’; to ‘rebalance’ rights by tinkering with the language to emphasise responsibilities; to limit territorial scope to the UK; to restrict subject-matter to ‘the most serious cases’ (see Laetitia Nakache’s article, “The Human Rights Act: past, present and future”).

Given that the Brexit process is still underway, it would appear that progression of a BBoR and repeal of the HRA is not a dead idea and is still active politically and relevant for discussion. An article appeared in The Times in 2016 to suggest that the idea of a BBoR is “dead in the water” and it was reported in a 2016 article for the Daily Mirror that Boris Johnson said “I am not against the Convention or indeed the court because it’s very important to us” (see here). Of course, it must be noted that the Prime Minister’s remarks do not offer any assistance on the question of whether the HRA will be repealed and replaced by a BBoR, because we already accept that the UK will likely remain a contracting party to the Convention. We further know that the idea was still alive in 2017.

Ahead of the December election, the Conservative party released their 2019 manifesto on 24 November in which on human rights they say at page 48: “The ability of our security services to defend us against terrorism and organised crime is critical. We will update the Human Rights Act and administrative law to ensure that there is a proper balance between the rights of individuals, our vital national security and effective government.” This neatly demonstrates that their focus on constitutional human rights reform for the purposes of balancing national security needs are still alive. Whilst the imposition of a BBoR seems dormant politically at the moment due to Brexit, there is still a very real likelihood that constitutional human rights reform in the form of repeal and a new instrument is still alive. Indeed, the academic debate continues. It therefore stands that repeal of HRA and replacement with a BBoR could have profound constitutional consequences. The Conservative’s 2019 manifesto, I argue, is consistent with previous anti-HRA rhetoric from the Conservative party and demonstrates that the government still remain committed to reform of the Human Rights Act. Everything to this point has suggested repeal and replacement of the HRA with a BBoR and the new manifesto once again highlights this long-standing policy.

Author’s note: The article above forms part of a research proposal into whether constitutional human rights reform and introduction of a BBoR will weaken recourse to Conventions rights protection.

(Suggested citation: C. Bevan, ‘Anti-HRA Rhetoric and the Conservative Party 2019 Manifesto: Are the Proposals for a British Bill of Rights and Repeal of the Human Rights Act “Dead in the Water”?’, U.K. Const. L. Blog (28th Nov. 2019) (available at https://ukconstitutionallaw.org/))