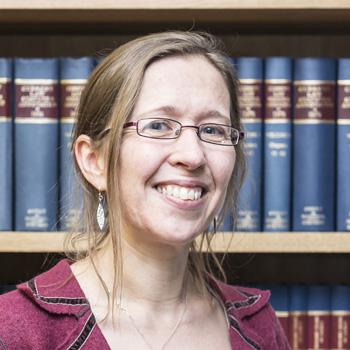 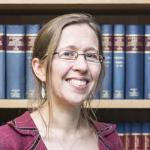 Constitutional lawyers often point to key cases as milestones in public law. Recently, the Supreme Court decision in Privacy International joined the ranks of leading public law cases, adding to the cases discussing ouster clauses and the extent to which courts can review decisions of inferior courts and tribunals in Anisminic and Cart. As Privacy International also demonstrated, milestone cases often take on a life of their own. The judges in Anisminic may be surprised at how the case was later interpreted. But this is how the common law works. Anisminic was interpreted in a series of later cases to demonstrate that all legal errors are jurisdictional errors. This then became part of the common law.

This blog post will make two arguments. First, it will argue that the High Court’s reading of CCSU in Miller does not provide the full story. As such, it fails to provide an accurate account of when prerogative powers are justiciable. Second, it will argue that, given the current constitutional circumstances, there are strong constitutional reasons for the Supreme Court to build on CCSU and recent case law developments which recognise the principle of legality as a constitutional principle and not just a principle of interpretation. As such, it, or a sister principle, can and should also apply to prerogative powers. The seeds of this form of control were already planted in R (Miller) v Secretary of State for Exiting the European Union (Miller 1), which confirmed that the common law restricts the scope of broad prerogative powers in a similar manner to the principle of legality.

Second, as the High Court recognises in Miller 2, the law has moved on from CCSU. Lord Roskill’s list of non-justiciable prerogative powers has modified over time, with the court recognising that prerogative powers that previously looked to be too political could be subject to legal controls. Lord Roskill’s judgment is not the only judgment in CCSU. The other judgments provide further justifications for the ability of the courts to review prerogative powers. There is a clear role of the court to review those prerogative powers that harm individual rights. We can see this not just as a concern for protecting human rights, but also a broader concern for legitimacy. Moreover, there are suggestions in CCSU and later cases that prerogative powers are justiciable when there are legal standards by which their use can be assessed – as accepted by Lord Drummond Young in Cherry v The Advocate General (at [102]).

This is not, as the High Court in Miller 2 suggested,  to stand justiciability on its head, forgetting that ‘the question of justiciability comes first, both as a matter of logic and of law’. (at [41]). Justiciability can still come first. As Lord Pannick argued, greater caution is exercised over those prerogative powers that are more political. In other words, subject matter can be used as a prima facie indication of justiciability. If a prerogative power is an exercise of high policy, for example, it would suggest either that it can be reviewed on fewer grounds of judicial review, or that the court scrutinises the use of this prerogative in a less stringent manner. Subject matter is still important, even if courts focus on an examination of possible legal grounds of review to determine justiciability. More ‘political’ prerogative powers could, for example, only be unlawful if they breached the rule of law, or failed to follow clear principles of natural justice, rather than being struck down as irrational. Moreover, such ‘political’ prerogative powers might only be unlawful where the use of the prerogative was so absurd that there were no possible rational justification for its exercise.

All of these elements were arguably accepted by the Inner House in Cherry. Lord Carloway concluded that control over the prorogative power of prorogation was justiciable when the prerogative undermines or attempts to undermine a ‘central pillar’ of the constitution – ‘the central pillar of the good governance principle’ (at [50]). Lord Brodie accepted that, whilst it was not for the court to determine the length of prorogation, nevertheless the control of the prerogative was justiciable as the use of the prorogative in this case was ‘so blatantly designed to frustrate the will of Parliament at a critical juncture in the history of the UK’ (at [91]).

Furthermore, as the High Court itself accepts in Miller 2, when it comes to determining justiciability ‘the essential characteristic of a “political” issue is the absence of judicial or legal standards by which to assess the legality of the Executive’s decision or action’ (at [47]). This too appears to merge subject matter and the nature of the challenge when determining justiciability.

I argued above that Miller 1 concerned the scope of prerogative powers. Whilst the Government enjoyed a broad prerogative power to enter into and withdraw from Treaties, this did not include a specific power to withdraw from the EU Treaties because the consequences of doing so would mean that the prerogative would frustrate legislation and modify domestic law, removing individual rights. When expressed in this manner, the reading down of a broad prerogative power is parallel to the way in which courts use the principle of legality to read down broad statutory provisions to protect fundamental rights. In UNISON, for example, the statutory power granted to the Lord Chancellor to set court fees did not extend to include a power to set fees for employment tribunals that undermined access to justice by making it practically impossible for many who used employment tribunals to afford the fees. If, as CCSU suggests, there is a move from source to subject matter, then it is also possible to argue that a principle similar to the principle of legality applies to prerogative powers. Both are executive powers that should be subject to analogous judicial controls, despite having a different source.

First, the principle of legality is not just a principle of statutory interpretation. It is also a constitutional principle establishing the limits of executive power. As Lord Hoffmann recognises in Simms, its application means that the UK courts, whilst accepting parliamentary sovereignty ‘apply principles of constitutionality little different from those which exist in countries where the power of the legislature is expressly limited by a constitutional document’ (at [131]. See also the argument of Fordham QC, at [31] of Miller 2). Moreover, later case law recognises sister principles to the principle of legality, applied to the interpretation of Henry VIII clauses in Ingenious Media and the interpretation of ouster clauses in Privacy International. In addition, if the principle of legality were just a principle of statutory interpretation, we would expect to see the courts looking for evidence that the legislature was aware of the fundamental principles of common law it was presumed not to legislate against. But this is not the case. Rather, courts determine the content of fundamental principles of the common law. When the intention of Parliament is used by the courts, it is as evidence of an express intention to limit a common law right, or to demonstrate that a fundamental right has been established through legislation and so may not be fully regarded as a fundamental common law right.

The courts adopt a contextual approach to the principle of legality, influenced by the importance of the fundamental common law right or constitutional principle at stake. In particular, the court is more likely to read down provisions of legislation which restrict individual liberty or which undermine a structural aspect of the constitution designed to protect rights, such as access to the courts. Moreover, courts are more likely to read down legislative provisions when determining the scope of powers granted to executive bodies. The principle of legality’s status as a constitutional principle is reinforced by the way in which the courts will allow express words in legislation to empower the executive to restrict fundamental common law rights, but only to the extent that this any restriction on fundamental rights is as narrow as possible, almost akin to an application of the principle of proportionality (see UNISON).

Second, CCSU demonstrates the ability of the courts to draw on fundamental common law principles to control actions of the executive. If judicial review is no longer restricted to the review of powers granted to the executive by legislation, then this means that courts must be able to assert their own controls over executive power, drawing on principles of the common law. This is true regardless of whether we see this as an inherent common law power of the courts, or because we presume the legislature has delegated this function to the courts. Whilst the wording of legislation may place limits on the extent to which the court can use the common law to restrict executive powers, it is no longer the case that only the legislature can place limits on the powers of the executive. As such, a principle akin to the principle of legality could and should apply to prerogative powers. Indeed, this is tacitly recognised by Lord Carloway in Cherry, where he argues that the control of the court over the use of the prerogative power to stymie the will of Parliament ‘follows from the application of the common law, informed by applying “the principles of democracy and the rule of law”’ (at [51]), citing Moohan v Lord Advocate.

In Miller 1 the court drew on earlier case law to explain how the common law restricts the scope of broad prerogative powers. The time is right for the Supreme Court to build on these earlier cases, recognising a further sister principle to the principle of legality, restricting the scope of all prerogative powers so that they do not extend to undermining fundamental constitutional principles – including democracy and the separation of powers. To do so is not to interfere with a political decision as to the timing or length of prorogation. Rather, it is to accept that a broad prerogative power does not extend to include the use of that prerogative to undermine fundamental principles of the constitution. Political choices are bound by legal limits. The courts are both constitutionally and institutionally suited to determine the limits of the law.

I would like to thank Paul Craig and Hayley J. Hooper for their excellent comments on earlier drafts.