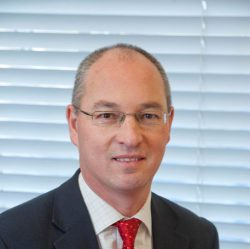 At the same time as Parliament prepares to ‘take back control’ from Brussels, the executive is in fact accruing to itself further control over the legislative process. In this post I address a number of trends – only some of which are a direct consequence of the unique circumstances of Brexit – which suggest a deeper realignment of institutional power within the constitution and a consequent diminution of Parliament’s legislative power.

The executive in the United Kingdom of course governs through Parliament and, as a result, has always played a leading role in, and held significant control over, the making of law. Nonetheless, the executive branch’s legislative role appears to be growing in two main ways. One concerns the power over when and how to introduce bills which, in the current extended parliamentary session, is being exercised so as not to introduce a number of anticipated measures, to introduce relatively trivial bills at a time when more important matters should arguably be considered by Parliament, and to hollow-out potentially important bills, narrowing their scope to minor matters. The second issue relates to the content of legislation. This is increasingly skewed to enhance executive law-making powers through the use of framework legislation, the granting of wide delegated powers including Henry VIII powers, and application of the innovative and constitutionally problematic ‘made affirmative’ procedure.

One of the remarkable features of the current parliamentary session is that, the European Union (Withdrawal) Bill (EUWB) aside, Parliament has had relatively little legislative work to do. This is of course partly a consequence of the time spent upon the EUWB (estimated at 272 hours), but it is still notable that significant legislation relating to Brexit has either stalled (e.g. the Trade Bill) or has simply not been introduced to Parliament. Major Brexit-related initiatives relating for example to agriculture, fisheries and migration have been parked while the Government prepares for further negotiations with the EU.

It is of course the constitutional prerogative of government to decide what legislation to introduce to Parliament. And indeed, there may be good reasons not to legislate at this point on a number of these matters given the unpredictability of the terms of Brexit. But we cannot ignore the fact that these and other measures proposed in the Queen’s Speech in June 2017 still wait in the pre-legislative pipeline. Constitutional problems could well flow in due course if a series of detailed and controversial measures require to be rushed through Parliament. In this context Government may well attempt to pass framework or skeletal bills, stacked with delegated powers, presenting Parliament with a series of faits accomplis. Against this relief, the passage of the EUWB, for all its faults, appears ever more to be a paragon of parliamentary deliberation.

It is also notable that most of those bills which have been introduced during the current session are of fairly minor significance. It is difficult to generate much excitement for the Automated and Electric Vehicles Bill, the Rating (Property in Common Occupation) and Council Tax (Empty Dwellings) Bill or the Domestic Gas and Electricity (Tariff Cap) Bill. Indeed these can barely be classified as bills at all, since each is very short and pursues a very narrow purpose. It may be cynical to suggest that these bills have been allotted parliamentary time precisely because they are brief and uncontroversial. Certainly the demands which the EUWB has imposed upon legislative time should not be underestimated, but the dearth of important legislation also seems to be a political calculation. So distracted is the Government by internal party disagreements relating to Brexit that there is simply no appetite for introducing other major bills which may create more political headaches.

It is also the case that the Government is ‘under-legislating’ not only in relation to Brexit. The Courts and Tribunals (Judiciary and Functions of Staff) Bill is a far more limited measure than was expected. This Bill replaces the Prisons and Courts Bill 2016-17 which fell before the last election. The latter measure was a very significant bill that contained extensive innovations geared towards modernisation of the courts system. It aimed to speed up procedures in civil, family and criminal matters, allowing for more proceedings to be conducted in writing, providing for the enhanced use of modern technology and introducing a new online procedure in civil and family matters. The new Courts and Tribunals Bill shelves most of these important measures, instead making provision only in relation to fairly minor name changes and reallocation of certain judicial functions. During questions in the House of Lords, Lord Beith described it as “a little mouse of a Bill”, and asked the Advocate General: “How is it that halfway through a two-year parliamentary Session the Government ​have not found time for urgently needed and relatively uncontroversial provisions to enable the courts to modernise and speed up processes which cause delay and distress to court users, and which cost money that could be better spent improving access to justice?” A similar question might well apply to many measures proposed in the 2017 Queen’s Speech.

Another dimension of the executive’s grip over legislation concerns the powers accorded to the government by a number of those measures which have made it into Parliament. Despite this session’s very modest legislative programme we are seeing several ways in which legislation is bolstering delegated powers. Indeed, as well as under-legislating on important substantive matters, the executive can be accused of over-legislating in relation to government power. One recent feature is the growth in framework bills which are light in content but heavy in delegated powers. The Taxation (Cross-border Trade) Bill which covers customs matters in relation to Brexit is such a measure, containing over 150 separate powers to make tax law for individuals and businesses, not to mention a power to make law by ‘public notice’ which the House of Lords Delegated Powers and Regulatory Reform Committee described acerbically as a ‘limited revival’ of the Statute of Proclamations 1539. The Haulage Permits and Trailer Registration Bill is also such a measure, prompting the Constitution Committee to assert bluntly: ‘bills that grant broad powers to ministers, on the basis of no clear policy, are difficult for Parliament to scrutinise and present a fundamental challenge to the balance of power between Parliament and the executive.’

Broad delegated powers extend beyond framework legislation. The European Union (Withdrawal) Act 2018 (EUW Act) is of course now notorious for its Henry VIII powers; the published Bill included a head-spinning power to amend the EUW Act itself (subsequently removed by amendment). But the EUW Act is only one example; Henry VIII powers are now so common as to be almost a banality of modern legislation. Another recent instance is the seemingly innocuous Smart Meters Act 2018 which in fact contains a broad power to amend primary legislation, exercisable by way of negative resolution procedure.

An innovation of the EUW Act is the ‘made affirmative’ procedure, which allows Government to make law by delegated powers without any initial parliamentary process whatsoever. This power could well become a regular feature of legislation. The Taxation (Cross-border Trade) Bill also provides for such a procedure in a potentially wider range of circumstances than those permitted by the EUW Act. In reporting on this Bill, the House of Lords Constitution Committee commented: ‘We are concerned that the ‘made affirmative’ procedure, which may be justified in a limited number of urgent situations, is being sought for non-urgent reasons as a convenient means of executive law-making.’

There are of course a number of objections to this argument which do offer important points of qualification. One is that desperate times require desperate measures. It is certainly the case that we are in a unique period where law will have to change quickly. This inevitably means that government will require legislative discretion to respond to as yet unforeseeable circumstances. Nonetheless, the powers as originally framed in the EUWB as well as those in the Taxation (Cross-border Trade) Bill and the Sanctions and Anti-Money Laundering Bill (now Act), point to a development in legislative drafting – which goes beyond the Brexit context – that takes open-ended executive discretion as a default positon.

Another counter-argument points to Parliament’s robustness. Recent work highlights the ways in which government is constrained both by established parliamentary avenues of scrutiny and in more subtle ways by political constraints within party, Parliament and civil society. Certainly, the passage of the EUW Act itself testifies to the power of Parliament to rein in the more egregious attempts to inflate executive discretion, while testifying to the robustness of the Clerk to the House of Commons and parliamentary committees in identifying key provisions for debate and scrutiny. One feature of the EUWB’s passage is that the Government itself engaged well with the process and produced its own amendments following constructive deliberation with Parliament, sometimes behind closed committee room doors. Changes to the Sanctions and Anti-Money Laundering Bill also bear out the influence Parliament can still have.

There are other considerations which suggest that Parliament has the infrastructure to push back against the accretion of executive power. These include a second chamber which is not government controlled, a still robust committee system in each House, recent improvements in the content of explanatory notes, an excellent library service which keeps members well-informed, and the engagement of outside expertise in the scrutiny of draft legislation. These factors do support  rigorous scrutiny, but in practice this remains sporadic and dependent upon the interest to parliamentarians and external stakeholders of the issues at stake in each Bill. We also must not lose sight of political control. In addition to the party whip system, statute permits 109 parliamentarians to hold paid ministerial posts (in fact, the total number of ministers in June 2017 was 118), the price of which is automatic loyalty in the voting lobbies. Thus the bigger picture is that the executive, through its control over members’ voting behaviour, the initiation of legislation and parliamentary time, has an institutional hegemony in relation to the legislative process which it now deploys in ever more creative ways. In this session alone it has shown itself prepared to hold up the introduction of promised legislation, to strip potentially important bills of their real salience and to set out legislation in skeletal form while according to itself extraordinary secondary powers.

The House of Lords Constitution Committee is currently engaged in an inquiry into the legislative process. Far from being an arcane distraction from pressing matters relating to Brexit, it is increasingly clear that these two issues are closely intertwined, and that without a vigorous review of Parliament’s procedures, and effective and speedy action to correct their inadequacies, Brexit may serve to affirm not the return of control to Parliament but a further shift in power towards the legislative dominance of the executive.

I am grateful to Mark Elliott, Ailsa Henderson and Alison Young for helpful comments.

Stephen Tierney is Professor of Constitutional Theory at the University of Edinburgh. He serves as a Legal Adviser to the House of Lords Constitution Committee. This post is written in a personal capacity.