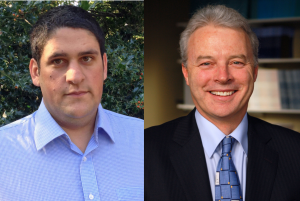 In a recent statement, The Chancellor, Philip Hammond, highlighted the need for transitional measures to be agreed soon in the Brexit discussions. He is reported as stating:

I am confident we can do a Brexit deal which puts jobs and prosperity first, that reassures employers that they will still be able to access the talent they need, that keeps our market for goods, services and capital open, achieves early agreement on transitional arrangements so trade can carry on flowing smoothly.

He repeated this on BBC Radio 4 yesterday morning.

He has some strong support in international law for having transitional measures in similar situations. For example, in the area of international investment law, many of the bilateral investment treaties (BITs) include transitional arrangements. A review of over 100 UK BITs indicates that they normally provide for transition arrangements. The following reflects typical terminology in regard to withdrawals from such treaties:

[I]n respect of investments made whilst the Agreement is in force, its provisions shall continue in effect with respect to such investments for a period of [10-20] years after the date of termination and without prejudice to the application thereafter of the rules of general international law.

These BITs, while having a specified duration, provide for the continued effect of the treaty provisions past the termination of the treaty, for a set period of time, in order to protect those investments made whilst the agreement was in force. This is not solely a UK BIT issue and parallel examples can be found in agreements by the European Union. The recently concluded Canada–EU trade agreement (CETA)  provides:

[I]n the event that this Agreement is terminated, the provisions of Chapter Eight [Investment] shall continue to be effective for a period of 20 years after the date of termination of this Agreement in respect of investments made before that date. (Art 30.10)

Thus international investment law, including that undertaken by the EU, provides a number of important protections for foreign investments, which remain ongoing obligations after the withdrawal. This reflects an acknowledgement of the importance of safeguarding investments from the direct impact of treaty withdrawal, especially in relation to fair and equitable treatment, and full protection and security of investment.

Parallel provisions can also be found in international human rights law, as well as international criminal law. It is therefore clear that there is a considerable body of international law, for both bilateral and multilateral treaties, that have transitional provisions which continue protection of rights of individuals, companies and others after withdrawal. Many of these examples include investment and trade treaties. Importantly, whilst Article 50 (which makes provision for a Member State to leave the European Union) provides a number of procedural requirements that the Member State and the EU must fulfil, it does not provide many substantive requirements. It is therefore pertinent to look at international law for parallel situations that might illuminate how such measures have been adopted. Such international law precedents could be relied on in relation to transitional provisions for the withdrawal agreement between the UK and the EU.

It is also of note that transitional measures were indirectly referred to by the UK High Court in Miller v Secretary of State for Exiting the EU in November 2016, when it stated, in relation to rights capable of replication in the law of the UK:

We consider that the claimants are correct in their submission that it is the ECA 1972 which is the principal legislation under which these rights are given effect in domestic law of the United Kingdom; and that it is no answer to their case to say that some of them might be preserved under new primary legislation, yet to be enacted, when withdrawal pursuant to Article 50 takes place.

This hints at the need to have clear, established measures in place ahead of withdrawal from the EU to ensure the protection of those rights. The mere promise that such legislation would be adopted does not suffice.