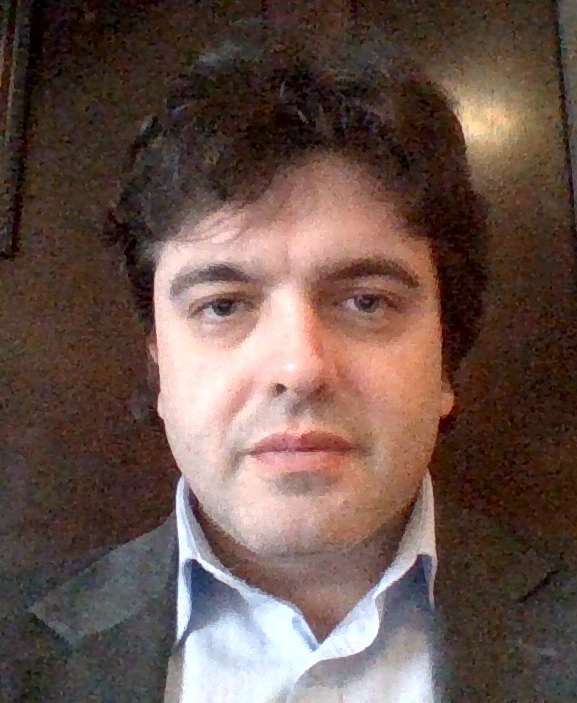 It is well known that the first national referendum in the UK was the 1975 poll on EEC membership. It is also quite well known that A.V. Dicey called for the introduction of the referendum into British politics from the 1880s onwards as a means of defeating Irish home rule. This episode was the subject of an exchange between Dominic Chambers QC and Lord Sumption in the Article 50 case.

Other aspects of the history of this subject seem to have passed down the memory hole. This blog post seeks to disinter three pieces of constitutional history which have been largely forgotten.

1. The Reference to the People Bill

Credit for the first attempt to make the referendum an integral feature of the British constitution must go to Lord Balfour of Burleigh (1849-1921) – a minor Unionist politician, not to be confused with the Unionist leader Arthur Balfour.

In March 1911, Balfour of Burleigh introduced a “Reference to the People Bill” into the House of Lords. This interesting piece of legislation would have institutionalised the referendum as a means of arbitrating disagreements between the Lords and the Commons. In the context of the times, such disagreements would have included such incendiary matters as the People’s Budget, Irish home rule and Welsh church disestablishment. A curious feature of the bill was that, even where the two Houses were in agreement, a minority of 200 MPs would be given power to trigger a referendum. This dealt with the objection that only Liberal bills would ever end up being exposed to a popular vote, given that the Lords had an inbuilt Unionist majority.

Balfour of Burleigh’s idea was radical, but it did not come out of nowhere. Back in 1904, Joseph Chamberlain had supported holding a referendum on the neuralgic issue of tariff reform. During the second general election campaign of 1910, Arthur Balfour had taken up the idea of a tariff reform referendum in return for the Liberals agreeing to a referendum on Irish home rule. Another key development was the 1910 Constitutional Conference on Lords reform. The Unionist side at the conference had supported the idea of using referendums to break deadlock between the Lords and the Commons. Viewed in this context, Balfour of Burleigh’s bill effectively comprised the Unionist alternative to the Liberals’ Parliament Bill.

Balfour of Burleigh promoted the bill on the basis of a surprisingly modern-sounding theory of popular sovereignty:

Any one who studies the events of the last twenty years will see that from one cause or another the people have been losing power as compared with the Governments of the day and the Party managers who are responsible for choosing candidates for membership of the other House of Parliament.  One result of the proposals… will be that they would have the effect of restoring the reality of power to the people.

The Asquith administration responded by presenting itself as the defender of traditional representative government against radical populism. It was Lord Balfour the people’s champion against the paternalistic conservatism of the Liberals.

The bill failed to get anywhere, not only because the Liberals opposed it but because the Unionist leadership was suspicious of it too. The Parliament Bill passed onto the statute book later that year – although, interestingly, there were attempts by Unionist politicians (George Cave and Lord Lansdowne) to amend it so as to require referendums to be held in certain circumstances. We may note that Balfour of Burleigh’s brainchild took some years to be forgotten. As late as 1923, an article in The Spectator was arguing that the bill should be resurrected.

The first referendums which were actually held in the UK were held under the Temperance (Scotland) Act 1913. This legislation arose out of the temperance movement and its considerable base of support in Scottish society; an unofficial local poll had been held in Glasgow as early as 1887 (with a 76% participation rate). The Act came into force in 1920, with the delay allowing worried pub owners to obtain insurance against being closed down.

The Act set up a “local option”, “local veto” or “veto poll” system which worked in essence like this. A poll would be triggered on a petition from 10% of the voters in a local government area. There would be three options on the ballot: no change; a 25% reduction in local alcohol licences; and total prohibition. Total prohibition required a majority of 55% of votes cast, subject to an additional minimum threshold of 35% of registered voters. Where the prohibition option failed to prevail, votes for prohibition were counted as votes for a 25% reduction. Polls could not be held more than once in a three year period in a single area.

The results that the referendums threw up were disappointing from the point of view of the temperance campaigners. Even when the Act came into effect in 1920, when public interest was at its height, most licensing districts did not hold polls. Across those that did, there was a huge majority of 60% in favour of the status quo. Interest in the polls declined in the following years and decades, although they were apparently still being held sporadically into the 1970s. The system was abolished in 1976.

The licensing polls can be seen as a ground-breaking exercise in popular sovereignty. It has been argued that the original, Victorian-era prototype of the 1913 legislation – which had been known as the “Permissive Bill” – had had broad democratic implications:

The second feature of the Permissive Bill was its emphasis on local self-determination. This attracted support because it was regarded as a means by which local initiative could be strengthened and extended and also as a way of attacking the privileged governing classes…. The Permissive Bill was also democratic because it gave local ratepayers the power to control their own fate….  (A.E. Dingle, The Campaign for Prohibition in Victorian England (Routledge, 2016)).

Another scholar described the polls as “experiments in devolved democracy” (J. Nicholls, The Politics of Alcohol (Manchester: Manchester University Press, 2009), 136). Yet when the relevant legislation was finally enacted in 1913, it does not seem to have been greeted as a great constitutional breakthrough. Holding local licensing polls was an unusual idea which had emerged from the highly specific milieu of the Victorian temperance movement. It had worked its way into Government policy over the years via the nexus between that movement and the Liberal Party. As a victory for popular sovereignty, it pales beside the great contemporary causes of the peers versus the people, universal suffrage and votes for women. One gets the impression that the economic impact of the legislation played a greater role in shaping its fate than constitutional debates about direct democracy.

It is worth mentioning that the 1913 Act did not stand alone. Other subsequent statutes also provided for local polls on certain specific issues:

The common factor among the various local polls for which Parliament provided seems to be that they concerned what might be called matters of moral or religious interest. The practice of asking local voters to decide such issues no doubt suited both campaigners who were prepared to pursue their objectives on a district-by-district basis and politicians who were content to leave sensitive moral questions to the electorate.

Referendums seem to have become the subject of something like a taboo among the generation that grew up in the shadow of Hitler and Mussolini’s rigged plebiscites. The only real exception was Churchill’s 1945 proposal to use a referendum to extend the life of the wartime coalition until Japan was defeated, and this idea was quickly squashed by the Labour Party. Nevertheless, the 1975 vote on EEC membership did have a recent precedent in the form of the Northern Ireland “border poll” of 1973.

This was the first time that a referendum had been used in an attempt to deal with an issue of constitutional importance. It took place against the backdrop of the darkest days of the Troubles. The Bloody Sunday massacre had taken place in January 1972, followed a few weeks later by the fall of the Unionist-dominated parliament at Stormont. In its negotiations with the outgoing Stormont administration, the UK Government had adopted the plan of holding border polls in Northern Ireland separately from ordinary legislative elections. This, it was thought, would serve to strip out the toxic question of sovereignty from day-to-day electoral politics. (There was something of a precedent in Northern Ireland for border polls insofar as, back in 1914, there had been an abortive proposal to allow the Ulster counties to opt out of home rule through individual referendums.)

The principle of holding a border poll or polls was accepted by the main Westminster parties and the Ulster Unionists. Nevertheless, there was evidence of some disquiet about the prospect of a public vote. Russell Johnston of the Liberal Party spoke in the debate on the second reading of the relevant legislation as if it was accepted all round that there was something dubious in principle about referendums:

I do not believe that there can be many hon. Members who are greatly fond of referenda as a means of taking a democratic decision….  Nevertheless… there is a clear commitment which must be honoured and on which we must go ahead.

The first border poll – which has so far turned out to be the only one – was held on 8 March 1973. The nationalist community boycotted the exercise, and there was a 98.9% vote in favour of the union.

The constitutional premise of the border poll was that the people of Northern Ireland were entitled to determine whether Northern Ireland stayed within the UK or joined a united Ireland.  This doctrine – which is known either as the “principle of consent” or the “unionist veto”, depending on who you talk to – went back to the late 1940s.  In 1948, the southern Irish state reconstituted itself as the Republic of Ireland.  In response, the Ireland Act 1949 was passed, containing a guarantee to the effect that Northern Ireland would not leave the UK without the consent of the Stormont parliament.  By August 1969, when the British and Irish Governments issued the first Downing Street Declaration, the guarantee had evolved so that the decision was seen as lying with the Northern Irish people rather than with Stormont – and it was this new iteration of the doctrine that underlay the 1973 poll. The current home of the doctrine is Section 1(1) of the Northern Ireland Act 1998.  The 1998 Act, incidentally, continues to provide a mechanism for holding border polls, although it remains unclear if or when the next one will take place.

Referendums have tended to appear in British politics on an ad hoc basis – whether as a means of navigating between the high politics of Joe Chamberlain, the Balfours and the Asquith-era Liberals; as a useful device for defusing the temperance debate in the Celtic countries; or as a not-so-useful device for dealing with the sectarian divide of 1970s Northern Ireland.

No comment is made here on the merits of the UK leaving the European Union. But one thing that both Leavers and Remainers should agree on is that Brexit and the Article 50 controversies have highlighted a need to clarify the constitutional and legal role that referendums are to play within the framework of the modern British constitution. It is a clarification that has been waiting for a very long time.

Graham John Wheeler is a solicitor (England and Wales, Republic of Ireland) and an independent researcher.