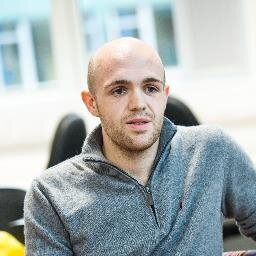 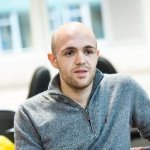 Except to such extent as the Secretary of State may by order otherwise provide, determinations, awards, orders and other decisions of the Tribunal (including decisions as to whether they have jurisdiction) shall not be subject to appeal or be liable to be questioned in any court.

Section 67(9) requires the Secretary of State to provide for appeals to a court in respect of the exercise of some of the Investigatory Powers Tribunal’s functions. Section 67(9) was never, however, brought into force. The result was that the Secretary of State was never required to provide for appeals (and the discretion to provide appeals under section 67(8) was not used). Privacy International dealt with the question of whether section 67(8) had the effect of ‘ousting’ the possibility of judicial review of the Tribunal’s decisions.

Ouster clauses have long been controversial in public law (the landmark case of Anisminic Ltd v Foreign Compensation Commission [1968] UKHL 6; [1969] 2 AC 147, where the House of Lords adopted an imaginative reading of section 4(4) of the Foreign Compensation Act 1950 to effectively read-out an apparent ouster, remains the touchstone in this respect) and the Privacy International judgment is another example of the tensions underlying ouster clauses. The case is, however, a particularly interesting example of this tension due to the fact that the two judges sitting in the case—Sir Brian Leveson P and Leggatt J—were effectively (though not formally) at odds about the effect of section 67(8). Sir Brian Leveson P saw the provision as excluding judicial review. Leggett J set out a strong opposing view before concluding:

I was inclined to the view that section 67(8) does not exclude the possibility of judicial review. Having read the judgment of the President, however, I see the cogency of the contrary opinion. In circumstances where this court at least is not the final arbiter of the law that it applies, nothing would be served by causing the issue to be re-argued before a different constitution. In the circumstances I have concluded that the right course is to concur in the result, while recording my reservations.

If one looks at this tension from, what may loosely be called, the legal perceptive then the disagreement in the case is understood as a manifestation of a clash between the foundational constitutional principles of the rule of law and parliamentary sovereignty (in the form of the availability of judicial review and fidelity to the statutory ouster respectively). As such, the view one takes on the appropriate treatment of section 67(8) hinges upon one’s views on the form of and relationship between these principles. Mark Elliott, in his typically astute and speedy analysis of the judgment, highlights this:

Ultimately, what the difference between the two judges in Privacy International reduces to is a disagreement about the relative constitutional weight to be accorded (on the one hand) to parliamentary sovereignty and hence to the statutory text, and (on the other hand) to the rule of law and hence to the preservation of judicial review in the face of the ouster clause. Leggatt J makes it tolerably clear that, as far as he is concerned, the relative weight of the rule of law can, in relevant circumstances, be so strong as to come close to overwhelming the statute.

This is the heart of the legal analysis and, as a matter of UK public law, this is how ouster clauses have been generally understood.

The legal analysis is helpful but if offers only a part of the picture. The need to take account of, what may be called, the internal perspective of government officials (including Ministers and administrators) to properly understand the relationship between law and government has long been highlighted. From Bruce Wyman’s The Principles of the Administrative Law Governing the Relations of Public Officers (1903) through to Jerry Mashaw’s Bureaucratic Justice (1985), public lawyers have been reminded that trying to understand that relationship through focusing upon judicial review decisions (what Mashaw has called recently ‘law’s standard peep hole into administrative behaviour’) leaves much of the picture out of sight. In the debate about ouster clauses, such internal views have been widely neglected.

It is quite clear from the facts of cases like Privacy International that government officials have, from time to time, established a justification to seek to oust judicial review (at least from the internal perspective). The apparent dissonance between such internal justifications and the orthodox legal hostility to ouster clauses could be attributed to the fact that, instead of seeing ouster clauses through the prism of constitutional principle, executive officers are more likely to look at ouster clauses as a system management issue, especially in terms of distributing available resources within the administrative justice system (this difference of perspective was discussed in a recent report I wrote with Robert Thomas on Current Issues in Administrative Justice, available here). From such an internal perspective, the ‘legal’ model of administrative justice provided by judicial review is but one of a range of methods of ensuring the fairness and legitimacy of administrative action—judicial review’s exclusion in a particular instance may not be as much of a concern when seen in this light.

Whatever one’s eventual conclusion about the normative desirability of, or even the legality of, ouster clauses (and there may well be good reason to be very suspicious of them), it is important that the internal perspective forms part of the analysis. Ouster clauses must be understood from the inside-out, as well as the outside-in.

Joe Tomlinson is a Lecturer in Public Law at the University of Sheffield.