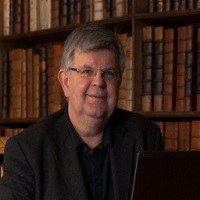 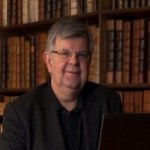 After days of oral argument, lorry-loads of authorities and a 96 page judgment, one question still bothers me. Why did the government concede (see the Supreme Court’s judgment at [74]) that invoking article 50 would lead to a loss of what the Divisional Court called ‘category one’ rights: those derived from EU law but straightforwardly replicable in the UK’s own legal system? In the end, that concession was fatal. The majority (at [73]) says that the applicants’ case rests solely on the loss of category one rights and that it was unnecessary to consider the other categories.

The heart of the problem seems to be that the government went along with a view of s. 2 of the ECA 1972 that sharply differentiates between s. 2(1) and s. 2(2) (see Day Two Transcript at pp 49-54). According to this view, authority for incorporating EU Regulations into UK law under s. 2(1) disappears at the point of UK exit and nothing remains of their legal effect from that moment. Authority for the transposition of Directives under s. 2(2), however, carries on after Brexit, so that legislation made under s. 2(2) continues to be valid as long as s 2(2) itself continues in force. No discussion of this distinction seems to have occurred, presumably because the applicants had no interest in challenging so obviously damaging a concession. One can only speculate that it depends on reading the words ‘are … to be given effect… as in accordance with the Treaties’ in s. 2(1) as creating a temporary state of affairs, while reading ‘for the purpose of implementing any EU obligation’ in s. 2(2) as referring to obligations as they existed at the time.

One can construe s. 2(1) very differently, so that it gives effect to EU Regulations from the point the EU makes them for as long as they remain EU Regulations, not for as long as the UK remains a member. On this view, being ‘given effect’ is an event not state of affairs and ‘in accordance with the treaties’ refers to when the Regulations were made, not to any subsequent time. As a result, no ‘category one’ rights and obligations would be lost by Brexit.

The ‘event’ interpretation of s. 2(1) has several advantages: it brings s. 2(1) and s. 2(2) into harmony; it promotes legal certainty; and it is consonant with article 70 of the Vienna Convention on the Law of Treaties, which provides that withdrawal from a treaty ‘does not affect any right, obligation or legal situation of the parties created through the execution of the treaty prior to its termination’.

An argument against the ‘event’ interpretation is that it raises the difficult problem of what to do about references in Regulations to EU institutions from which the UK would be excluded after Brexit. But the same issue arises with regard to Directives transposed under s 2(2). Statutory instruments made under s. 2(2) often refer, for example, to the European Commission. In any case, an interpretation that leaves a few provisions incapable of implementation seems inherently superior to one that voids vast numbers of provisions.

If anyone has a convincing explanation of why the government did not raise the ‘event’ interpretation of s. 2(1) I would be very grateful to hear it.