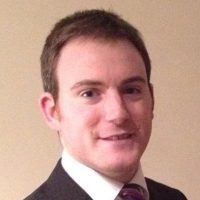 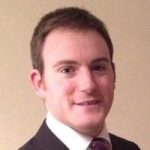 Since it was introduced under the Housing Benefit (Amendment) Regulations 2012, the removal of the spare room subsidy, or ‘bedroom tax’ as it is known, has been one of the most controversial aspects of the government’s welfare reform agenda. The policy determines the amount of housing benefit (HB) to which social sector tenants are entitled by reference to the number of bedrooms in their home. HB is reduced when the number of bedrooms exceeds entitlement, by 14% if there is one excess bedroom and 25% if there are two or more excess bedrooms.

In R (Carmichael and Rourke) v Secretary of State for Work and Pensions [2016] UKSC 58 the Supreme Court heard appeals relating to HB claimants who were deemed to be ‘under-occupying’. One disabled claimant, Carmichael, was unable to share a bedroom with her husband as she required a special bed. The Rutherfords needed an additional bedroom so that their disabled grandson could receive overnight care. Four other disabled claimants wanted to remain in their ‘over-sized’ homes for a variety of reasons, including the fact that the property had been adapted and that a bedroom was used to store equipment. All argued that the 2012 regulations failed to take into account their housing needs, therefore causing unjustified discrimination on the grounds of disability under Article 14 of the European Convention on Human Rights taken with Article 8 and/or Article 1 of the First Protocol.

In a conjoined appeal, a victim of domestic violence argued that the 2012 regulations unjustifiably discriminated against her on the basis of gender. A lived with her son in a 3-bedroom property that had been adapted under a Sanctuary Scheme to protect her from a former partner. Under the regulations, she was deemed to be ‘under-occupying’ by one bedroom.

The general merits of the ‘bedroom tax’ were not at issue, with the government entitled to control HB expenditure and tackle under-occupancy through bedroom criteria. The question for the court was whether the government could justify the use of Discretionary Housing Payments (DHPs) to cater for additional need. It was recognised that some tenants would require more space than was permitted under the 2012 regulations. Save for a few limited exceptions, the government decided that discretionary payments were a better way of identifying and providing for additional need than exemptions in the regulations. The claimants argued that a discretionary system was inadequate as it did not guarantee an appropriate amount of benefit.

First, the court addressed the standard of review for allegations of discrimination in the context of welfare benefits. The claimants argued that “weighty reasons” were required to justify disability-based discrimination (the type of discrimination at issue in all of the appeals except A). Moreover, it was submitted that the court was not concerned with matters of general economic or social policy, there being no objection to the government’s underlying policy aims.

This argument was rejected. In Humphreys v Revenue and Customs Cmrs [2012] UKSC 18 the court found that the strict test for justification of sex discrimination gave way to a manifestly without reasonable foundation standard “in the context of state benefits” (Humphreys [19]). This also applied to disability-based discrimination. It was undesirable to introduce a different test for ‘lower level’ decisions compared to ‘high level’ policy. The question for the Secretary of State was whether to deal with all claims for additional bedrooms in the regulations or whether to use DHPs. This was a “clear example of a question of economic and social policy, integral to the structure of the welfare benefits scheme…” ([36]) The manifestly without reasonable foundation test therefore applied in the disability cases and A.

Having determined the appropriate standard of review, the court concluded that Mrs Carmichael and the Rutherfords had suffered unjustified discrimination. In general terms, reliance on DHPs was justifiable. DHPs allowed local authorities to identify particular need and target resources appropriately. However, this general justification carried less weight in the cases of Carmichael and Rutherford where there was a “transparent medical need” ([42]) for an extra bedroom.

Under the regulations, children who were unable to share a bedroom were entitled to additional space (this exception had been provided to comply with Burnip v Birmingham City Council [2012] EWCA Civ 629). As an adult, Carmichael did not fall within this exemption. In contrast, adults who required overnight care were entitled to an extra bedroom but children were not. The Rutherfords were caught by this omission. According to the court, there was “no reasonable justification for these differences.” ([46]) Moreover, there was an “ironic and inexplicable inconsistency” ([47]) in the Secretary of State’s reasoning. In Carmichael, the Secretary of State argued that he was entitled to afford greater protection to children, but in Rutherford he sought to justify less protection for children. The court therefore found that the discrimination suffered by Carmichael and Rutherford was unjustified.

As for the remaining claimants, the court concluded that there was sufficient justification for the use of DHPs. None had a “transparent medical need” for additional bedroom space. In A, Lord Toulson acknowledged that there were powerful reasons for allowing the claimant to remain in her current home. She had lived there for many years with a support network of family and friends nearby. However, these reasons were unconnected to the number of bedrooms in her home. It was not MWRF to use a discretionary system of payments which allowed an assessment of her circumstances. Dissenting in A (along with Lord Carnwath), Lady Hale considered that the state’s positive obligation to provide a “safe haven” ([75]) for women at risk of serious violence had to be taken into account. Reducing A’s HB under the 2012 regulations jeopardised her ability to remain in a safe home.

This is not the first time that the government’s welfare reform agenda has fallen foul of Article 14. In R (Hurley and others) v Secretary of State for Work and Pensions [2015] EWHC 3382 (Admin) the High Court found that the application of the benefit cap to carers in receipt of carer’s allowance amounted to unlawful discrimination. The government had failed to justify the application of a work incentive (as the benefit cap was intended to be) to people who were caring full-time. Moreover, evidence before the court suggested that many carers could not make the personal budget adjustments that the government anticipated. According to the judge, the government’s argument “totally fails to engage with the evidence…” (Hurley [25]).

These cases demonstrate the valuable role that Article 14 can play in relation to welfare policy. To be clear, the general wisdom of policies such as the benefit cap and the ‘bedroom tax’ is a political question unsuited for judicial determination. There is nothing in Carmichael and Rourke or Hurley to suggest otherwise. However, courts can scrutinise the impact of general welfare policies on vulnerable groups of people. They can expose obvious flaws in the government’s reasoning and, as in Hurley, a lack of engagement with evidence. Moreover, the policy detail of both the benefit cap and the ‘bedroom tax’ was determined by secondary legislation for which there is limited parliamentary scrutiny. This reinforces the value of subsequent, albeit constrained, judicial review.

Court judgments can prompt modest amendments which afford greater protection to vulnerable people without compromising the government’s underlying policy objectives. Following Hurley, the government exempted those in receipt of carer’s allowance from the benefit cap. In response to the ‘bedroom tax’ judgments, the government will likely provide a simple exemption for adults who cannot share a bedroom and children who require overnight care. This will ensure that the “transparent medical need” of claimants such as Carmichael and Rutherford are provided for without calling into question the general justification of bedroom criteria for HB. It is only in the political arena that the latter may be contested.