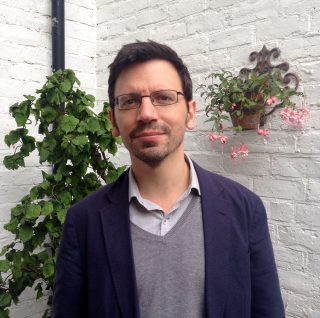 The parties in the High Court judgement in Miller took it as a given that the notification made under Article 50 TEU is irrevocable. That view jars with the opinions of Kerr, Piris, Wyatt, Edward, Craig (among others) who have set out compelling reasons to support the opposite conclusion. Recent reports suggest that the Government may have changed its mind on this point, and now intends to argue that the notification is indeed revocable. Given that Article 50 is uncharted territory, a number of academic commentators (e.g. Peers, Syrpis, Sanchez-Graells , Lang , Sarmiento) have held that the Supreme Court, as a court of last resort, is under a duty (Article 267(3) of the Treaty on the Functioning of the European Union (TFEU)) to refer a question to the Court of Justice of the European Union (CJEU) on this point. The crucial test for the Supreme Court is to decide whether the answer to this question of EU law is necessary in order to give judgment (see Case 283/81 CILFIT at [10]). In what follows I argue (in agreement with Peretz) that this is not the case in Miller. If the reasoning of the High Court is correct (a question that I do not address), Miller stands even if the notification is revocable. For the constitutional requirements enounced in Miller to have bite, Parliament’s consent would still need to be sought before notification.

The key to understanding this is to consider the Article 50 withdrawal as a two stage process, in which the notification acts as a boundary line between domestic constitutional law and EU law. While the UK retains (to use a fashionable word) control over the first stage, once the notification has reached the European Council, that control fades away. If the UK wished to retain control over the entire withdrawal process, it would opt out of the constraints (and benefits) of Article 50 to pursue unilateral withdrawal. This is because, after notification, withdrawal becomes a multilateral process. Crucially, this multilateral nature also affects the possibility that the notification be revoked. As will become clear from the following analysis, since compliance with UK constitutional requirements can only be guaranteed at the pre-notification stage, the Supreme Court is entitled to take the view that Miller should stand regardless of whether the notification is revocable or irrevocable and, for this reason, there is no need for it to refer a question to the CJEU.

Parliamentary consent in the shadow of the guillotine

In Miller, the High Court reached the conclusion that the rights recognised by the ECA 1972 cannot be extinguished through the exercise of prerogative powers. An aspect of the Court’s brief analysis of the withdrawal process merits consideration. This is the Court’s reaction (at [12]-[14]) to the Government’s observation that it is very likely that Parliament would be involved in the withdrawal process, this likelihood being linked to the existence of an agreement requiring ratification at the end of the process. In responding to this observation, the Court stated that, in the context of ratification, Parliament would be ‘constrained by the knowledge that if it did not approve ratification of it [the withdrawal agreement], however inadequate it might believe the withdrawal agreement to be, the alternative would likely eventually to be complete removal of all rights for the United Kingdom and British citizens under the EU Treaties when the relevant Article 50 time period expires’ ([14]). In other words, a decision made by Parliament in the shadow of the Article 50 guillotine would not amount to a genuine choice (as Arvind, Kirkham and Stirton have also pointed out).

While the High Court did not feel the need to state it, there is also a more elementary reason to reject the Government’s view: the prediction that Parliament is ‘very likely’ to be involved does not amount to a guarantee that Parliament will be involved. A constitutional requirement, the need for the consent of Parliament, cannot be made to depend on a future and uncertain event, such as an agreement that may or may not come into existence. Allowing the possibility, however unlikely, that rights recognised by virtue of the ECA 1972 may be taken away without Parliament’s consent, as would be the case if negotiations broke down without an agreement and without a decision to extend the two year deadline, would itself be a breach of the constitutional principle set out in Miller.

Post-notification the UK will lose control over the withdrawal process

If Parliament’s genuine consent (most likely, in the form of primary legislation) is a necessary condition for the termination of ECA 1972 rights, it is clear that this condition is certain to be satisfied only before the decision to withdraw from the EU is notified. The reason is clear from the letter of Article 50, which provides that ‘a Member State may decide to withdraw from the Union in accordance with its own constitutional requirements’ (Article 50(1)), and goes on to add that ‘a Member State which decides to withdraw shall notify the European Council of its intention’ (Article 50(2)). The implication is that only the decision to withdraw is subject to domestic constitutional requirements. Once that decision is conveyed to the European Council, the withdrawal process is no longer subject to those requirements. This is because it is no longer a unilateral but a multilateral process, which involves a variety of actors (EU institutions, Member State governments and parliaments).

The multilateral character of the withdrawal process post-notification also applies to the possibility of revocation. This can be deduced from Article 50(3) TEU, which provides that the two year withdrawal period can only be extended by a unanimous vote of the European Council. If a Member State was able to decide at any point to revoke its notification so as to circumvent the deadline and the need for an extension, Article 50 would become a self-defeating provision. Revocation cannot therefore consist purely in a unilateral act with automatic effect. It is likely that a unanimous vote in the European Council would be required. Granted, all parties would be bound by the duty of ‘sincere cooperation’ set out in Article 4(3) TEU, which contemplates a mutual obligation for the EU and its Member States ‘to assist each other in carrying out the tasks which flow from the Treaties’. If there was a genuine change of heart (as a result of a ‘single issue’ general election or a referendum), the duty of sincere cooperation would probably compel Member States to vote in favour of allowing revocation. The fundamental point, however, is that, even if revocation is a possibility (as is arguably the case), the UK constitutional system is not in a position to control its operation.

Admittedly, there are a number of scenarios in which the availability of revocation would strengthen the role of Parliament. However, the existence of these scenarios has to be considered alongside equally possible, though unlikely, scenarios in which the constitutional requirements of Miller would be frustrated. After all, recent developments should have taught us not to discount prima facie unlikely political events.

Firstly, while Parliament would have the power to force revocation, it could well decide not to exercise it. Its failure to do so would potentially lead to the termination of rights without the explicit consent of Parliament. It is hard to see how Parliament’s implicit consent would square with the principles set out in Miller. What is more, for this power to have real teeth, it would need to be underpinned with the guarantee of transparent communication from the Government to Parliament.

Secondly, even if a legal requirement was to be introduced to make withdrawal conditional on the prior approval of Parliament, this condition would only be recognised as a matter of UK law. There would be no mechanism under Article 50 to allow the UK to ‘stop the clock’ and rule out the possibility of withdrawal without an agreement and without Parliament’s consent. One could object that the Supreme Court could prevent these risks by requiring the Government to introduce legislation in advance of the two year deadline (I am grateful to Daithí MacSíthigh for this objection). In this case, revocability would undoubtedly address the High Court’s concern for Parliament to have a genuine choice. However, even in this event, withdrawal without an agreement and without Parliament’s consent would remain a possible outcome, for instance, if Parliament withheld its consent to legislation so as to try to force the Government to adopt a different negotiating position.

The mere possibility of these scenarios, however unlikely, demonstrates that the only way to satisfy the concerns emanating from Miller is for Parliament’s consent to be sought before the UK notifies its intention to withdraw from the EU. There is no doubt that revocability is a salient political question, and an important point of EU law. However, the outcome of Miller does not depend on it.

I am grateful to Eleanor Spaventa for her comments and suggestions. The usual disclaimer applies.