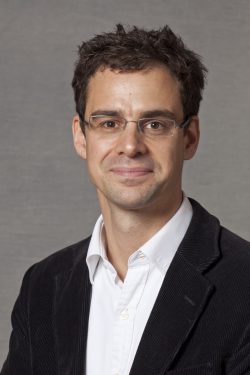 Of all the rushed ideas for major constitutional reform that could be adopted by the current Government, the one for a UK Constitutional Court (UKCC) as a solution to the perceived EU problem is by far the worst. The President of the Supreme Court Lord Neuberger told The Times last week that the idea is a ‘recipe for complication, for cost and for unnecessary duplication’, and the cross-bench peer Lord Pannick added that ‘the proposal has no merit’. In this post, I am less kind to the idea. I argue that it is half-baked, unnecessary, and potentially dangerous, regardless of one’s view of the desirability of an entrenched constitution protected by constitutional judicial review.

The idea of a constitutional court emerged in the writings and political activism of the great Austrian jurist, Hans Kelsen, and was a component of a vision of constitutions as higher law operating within a refined and stratified system of private and public law (see Hans Kelsen, ‘La garantie juridictionnelle de la constitution’ (1928) 45 Revue de Droit Public 197; ‘Judicial Review of Legislation: A Comparative Study of the Austrian and American Constitution’ (1942) 4 J of Politics 183, and General Theory of Law and the State (1945) Part I chs. IX; Part II, chs. II and III). These ‘Kelsenian constitutional courts’ (as they are often called) account for the majority of the world’s highest courts with constitutional jurisdiction. They typically have multiple chambers. They normally centralise all judicial review of legislation instead of permitting its review by other courts. They are distinct from administrative law and social courts pursuant to well-developed doctrinal systems of law. And the appointments process for the judges are usually deliberately politicised.

The German Federal Constitutional Court (FCC) is the most famous and dominant example, and the inspiration for the present discussion. Its existence and powers are set out in the German Basic Law of 1948 as well as the Federal Constitutional Court Act. It consists of two chambers (Senates) which divide the caseload along topical lines (chiefly, disputes between state organs, matters of basic rights). Relatedly, there is a well-developed, separate system of administrative law, with over 52 first instance and 14 appeal courts, as well as one Federal Administrative Court sitting in Leipzig. The Leipzig Court alone disposes of around 1,500 cases a year and has over 50 judges (the administrative law judiciary on the whole numbers approximately 2,400 judges). The social court system has a similar structure but an even more onerous caseload at each level.

The Federal Constitutional Court’s 16 judges are appointed pursuant to a custom under which each major political party enjoys reserved seats on the Court and can nominate candidates that the other parties will accept on condition of reciprocation. Despite this looking like a recipe for discord, the judgments are normally given by consensus. Dissents are rare, and separate judgments appear in only roughly eight per cent of the judgments (on FCC stats generally, see here). The Federal Constitutional Court is also extremely active. In recent years, it has averaged around 6,000 decisions annually (nearly all of which are decided on the papers, with only between 10-20 hearings). It struck down 24 federal statutes (and 12 Länder statutes) between 2010-2014 alone. By contrast, the UK courts had between 2010-2014 issued three final declarations of incompatibility under section 4 of the Human Rights Act 1998, and to my knowledge disapplied no legislation on account of its incompatibility with EU law (though 2015 saw one final such case in Benkharbouche v Embassy of the Republic of Sudan [2015] EWCA Civ 33 as well as the unfinished challenge in SSHD v Davis and others [2015] EWCA Civ 1185). The hallowed status and comprehensiveness of the German Basic Law ensures that the operation is coherent – as does the Teutonic love of Ordnung.

Now, how would such a system transpose to the UK? We can assume for the moment that there would be no major constitutional reform such as a written constitution and judicial strike-down power. But without them, the workability of the proposed UKCC becomes problematic.

The idea of ‘constitutional statutes’ was only recently elevated much beyond the footnotes of the conventional accounts of constitutional law. In the first case in this vein, Thoburn v Sunderland City Council [2002] EWHC 195 (Admin), Lord Justice Laws defined a constitutional statute as, ‘one which (a) conditions the legal relationship between citizen and state in some general, overarching manner, or (b) enlarges or diminishes the scope of what we would now regard as fundamental constitutional rights.’ On this definition it is hard to see how significant reform of anything from crime to tax or education could not be brought into the constitutional fold. For instance, Lord Justice Laws found recently, in a remarkable passage, that ‘[t]he conditions on which national citizenship is conferred, withheld or revoked are integral to the identity of the nation state. They touch the constitution: for they identify the constitution’s participants.’ R (GI) v Home Secretary [2013] QB 1008. Now if citizenship ‘touches’ the constitution, then on similar reasoning so does residence (compare the Chagos Islanders case), and this then covers a large swath of immigration law. While these definitions might suit the seminar room, they hardly found the basis of constitutional court jurisdiction. (The Lords Constitution Committee also wrestled with this issue in its 2011 report on constitutional change but its decision to press for a special legislative process for constitutional change has altogether different implications).

The second problem arises from the institutional reform that would be needed to operationalize the system. In Germany, the applicants apply directly to the court or cases raising constitutional issues are either referred by judges from other courts, or are lodged as complaints against those other decisions. A UKCC would require a significant outlay of resources to manage the bureaucratic side of the operation if it at all resembled the German model. The common law system depends on the first instance stage to determine the facts and isolate key issues of law, and the appellate stages to further shape the crucial legal issues, and on both to obtain considered judgments on the merits. The absence of a large support staff for the Supreme Court makes more sense in that light, whereas the German FCC assigns each judge four judicial clerks, more than one of whom is typically a professional judge, and it also provides a large professional staff.

The German model is not the only possibility and not all constitutional courts are as active or as busy. The least drastic way to fit such a court into the British system would be to empower a high court judge, after determining the facts and isolating the legal issues, to certify a matter as ‘constitutional’ and referring it to the UKCC, much as with leapfrog appeals to the Supreme Court or EU law references to Luxembourg. But this strategy seems perilous. Eliminating the Court of Appeal stage would remove an important layer of litigation in which interveners and barristers try out new ideas on a more matured brief. Leapfrog appeals are for limited rather than monthly use.

The stated goal of protecting constitutional fundamentals from erosion under European Union law can be achieved by less dramatic means.

First, a majority of the Supreme Court has already made plain its willingness to protect constitutional principles under the common law. Seven Supreme Court judges so held in R (HS2 Ltd) v SS for Transport [2014] UKSC 3 at [207]:

It is, putting the point at its lowest, certainly arguable (and it is for United Kingdom law and courts to determine) that there may be fundamental principles, whether contained in other constitutional instruments or recognised at common law, of which Parliament when it enacted the European Communities Act 1972 did not either contemplate or authorise the abrogation.

Though the non-committal language might be bewildering for some readers, the words bearing emphasis here are ‘putting the point at its lowest.’ This dicta (the finding was not necessary to dispose of the case) is an unmistakable indication that the Supreme Court is prepared to protect constitutional fundamentals from incompatible developments under EU law. It does so under a rule of construction that reads down the permissible extent of incorporation of EU law under the terms of the European Communities Act 1972 (ECA 1972).

Second, the goal could be achieved by way of statutory amendment of the ECA 1972. Perhaps, one might say, this move towards the judicial recognition of ‘constitutional statutes’ and now even ‘fundamental common law principles’ is a bad one that we would not like to see affirmed – for it is a prelude to the further assertion of judicial supremacy. After doing so we may find all sorts of statutes being ‘read down’ to the point of being functionally invalid. Barristers will shoehorn Convention rights-type principles into statutes such as the Magna Carta 1215 and Bill of Rights 1689, or perhaps merely ‘the rule of law’, because if successful they secure much more potent remedies for their clients than any under the Human Rights Act 1998. We will find the type of approach seen in Animinic v Foreign Compensation Commission [1969] 2 AC 147 (UKHL) and more recently in the judgment of Lord Neuberger in R (Evans) v Attorney General [2015] UKSC 21– both judgments in which Parliament’s reasonably clear intentions were rebuffed – become more mainstreamed. Therefore, if one were to wish to spare the UK constitution from European abrogation, but without consolidating judicial authority under a doctrine of constitutional statutes and principles, the way forward would be to amend the ECA 1972 to statutorily authorise the type of power claimed in obiter by the courts in the HS2 case. Such an approach is compatible with the classical model of parliamentary legislative supremacy and secures the same outcome as the Solange decisions in Germany.

The genesis of the present proposal suggests two possible moves if it were taken forward, both dangerous. The first would be the argument that a written constitution is needed to make sense of the proposal. But writing a constitution with the aim of avoiding a partisan preoccupation over the influence of EU law is not the stuff of real constitutional moments. There is no cross-party or widespread popular demand for this move. The second and more likely outcome would be for the UKCC to give itself a mandate by asserting in its jurisprudence, probably rightly, that whatever was intended by the creation of the UKCC, it was not ‘business as usual’. The contrast between that and the transformation of the Judicial Committee of the House of Lords into the Supreme Court is plain. The result will be to see an assertion of greater judicial authority over constitutional disputes – loosely defined ones at that.

Those wishing to see the introduction of a written and entrenched constitution for the United Kingdom would not likely want it born under such circumstances. It is also rather ironic that a government whose overtures to the press often dwell on the perils of judicial review (domestic included) persists in mooting an idea that could significantly enhance the constitutional judicial role across the board. And all of it on the fly. The Earl of Gloucester’s lament in King Lear (Act V, Scene 1) seems entirely apt: ‘Tis the time’s plague when madmen lead the blind.’

Jeff King is a Senior Lecturer at the Faculty of Laws, University College London and was an Alexander von Humboldt Foundation fellow at the Humboldt University of Berlin in 2014-2015. He is also co-editor of the UKCLA Blog.