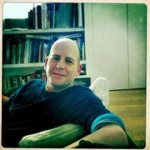 Lawyers and legal academics from outside the Channel Islands tend to know only three things about the legal systems of Jersey and Guernsey. One is that islands have deployed their constitutional status as Crown Dependencies to develop into major offshore finance centres.  Another is that they have a continuing connection with the pre-revolutionary customary laws of Normandy. And, third, that each island (they are separate jurisdictions) has a ‘bailiff’—a snippet of knowledge in circulation thanks largely to the European Court of Human Rights eleven year old ruling in McGonnell v United Kingdom.

Richard McGonnell wanted to convert a flower packing shed next to his commercial glasshouses into living accommodation but was refused planning permission under the island’s detailed development plan (‘DDP6’) and was subsequently prosecuted when he went ahead regardless. In 1995 the Royal Court of Guernsey dismissed his appeal: the presiding judge was the Bailiff who five years previously (as the then Deputy Bailiff) had been the presiding officer at the sitting of the Island’s parliament when the development plan had been debated. Five years later Strasbourg ruled:

“The Court thus considers that the mere fact that the Deputy Bailiff presided over the States of Deliberation when DDP6 was adopted in 1990 is capable of casting doubt on his impartiality when he subsequently determined, as the sole judge of the law in the case, the applicant’s planning appeal. The applicant therefore had legitimate grounds for fearing that the Bailiff may have been influenced by his prior participation in the adoption of DDP6. That doubt in itself, however slight its justification, is sufficient to vitiate the impartiality of the Royal Court, and it is therefore unnecessary for the Court to look into the other aspects of the complaint.”

What have been the consequences of this ruling?

Mr McGonnell and his business moved on to pastures new … in Kenya where he continues to grow flowers and carry out charitable work through the Rotary Club. Interviewed for the Guernsey Press in 2003 (in an article entitled “Local grower brings down Lord Chancellor”), he is reported as saying “I have been proved justified in my actions. A lesser person, or one who had something to lose, may not have gone all the way and succumbed to the bully boy tactics of the Guernsey States”.

It is doubtful that Mr McGonnell’s litigation can be credited as single-handedly bringing an end to a 1,400-year old office of state in the United Kingdom. Equally Lord Irvine of Lairg’s assertion in a PQ shortly after the ruling that “The position of the Lord Chancellor is unaffected by this case” is, with hindsight, an understatement of its impact. It seems likely that the McGonnell ruling was a driver in the decline of the Law Lords’ participation in parliamentary debates and it was part of the constitutional backdrop to Tony Blair’s intention in 2003 to abolish the office of Lord Chancellor and the subsequent debates over remodelling the post.

McGonnell’s waves have also been felt closer to its original Channel Island home. The dual role of Seneschal as President of the legislature (Chief Pleas) and judge in Sark (population 600) was dealt an ECHR Article 6 knock-out blow in the English Court of Appeal in litigation brought by the Barclay brothers (and was not resuscitated by the subsequent appeal to the UK Supreme Court).

The curiosity of the Strasbourg ruling is that while it changed Mr McGonnell’s life, played a role in reshaping the British constitution and killed off the traditional office of Seneschal in Sark, in both Guernsey and Jersey the role of Bailiff has continued largely unchanged. The Bailiffs remain presiding officers of the islands’ respective parliaments and regularly sit as judges as well as continuing to have executive and ceremonial roles as chief citizens.

How come? The practical legal answer is straightforward. The McGonnell ruling did not oblige constitutional change to be made: it required only that a judge does not sit in a case concerning a piece of legislation in respect of which the judge had a role during the legislative process. Looking at Jersey, there are a number of people who can preside over the legislature in addition to the Bailiff (the Deputy Bailiff, Greffier (clerk) or an elected member) and there several members of the judiciary able to sit in the Royal Court instead of the Bailiff (the Deputy Bailiff and part-time Commissioners, who include people of the stature of Jonathan Sumption QC). In practice, boxing and coxing can avoid an infringement of McGonnell.

The judiciary, court administration and lawyers have adopted a relaxed approach. In May 2010 ––ten years on from the Strasbourg ruling––Jersey Bailiff Mr Michael Birt told a committee of inquiry (see below) “we probably need to improve our systems to be very compliant with McGonnell and that one probably ought to keep a running list of those statutes where I have presided so at least I could invite the parities to consider whether they wanted to object or not”. It is possible to identify post-McGonnell litigation in which the Bailiff was presiding in the legislature in respect of legislation on which he later was called on to consider judicially. For example, in Moran v Deputy Registrar of the Parish of St Helier [2007] JRC 151 the issue was whether a child born to unmarried parents could be registered in the father’s family name or whether customary law permitted only the mother’s name. The then Bailiff had to consider the Marriage and Civil Status (Forms, Registration and Fees)(Jersey) Order 2002, which had been tabled in the legislature when he was presiding. Neither the parties nor the court raised any McGonnell point, notwithstanding that the high profile case turned in part on whether the Registrar’s practice was compatible with Convention rights under the Human Rights (Jersey) Law 2000.

In the political arena outside the island’s courts both islands have undergone constitutional reforms over the past 10 years, though in different directions. Jersey embraced ministerial government in 2005 while Guernsey has retained a more consensual, committee-based system of government.  Each island has, however, created a Chief Minister as the elected head of government. (Jersey’s is currently Senator Terry Le Sueur, who is not related to me). So far, in both islands the office of Bailiff has weathered the storm of these changes as well as the McGonnell ruling.

In Guernsey, there has been little debate about the office of Bailiff. In Jersey, by contrast, the need or otherwise to reform the office of Bailiff has been the subject of political controversy. At the prompting of Jersey’s indefatigable human rights champion Deputy Bob Hill, a committee of inquiry was set up. Chaired by Lord Caswell, it reported in December 2010. The Carswell report and an accompanying legal opinion by Rabinder Singh have satisfied practically nobody in either island. The report recommended that the Jersey Bailiff’s role in the legislature should be replaced by an elected speaker, though in addition to his judicial role, the Bailiff “should continue to be the guardian of the constitution and the conduit through which official correspondence passes” (between the Jersey government and the UK government). People opposed to change see this as a curate’s egg. Those calling for reform see it as not going far enough. In neighbouring Guernsey, the Bailiff said the report was “very, very thinly argued indeed”. The Singh opinion also pleased just about nobody: he said that “there is no reason in law why the present constitutional arrangements in respect of the Bailiff should be altered. However, the trend suggests that the tide of history is in favour of reform and that the legal position will be different in 10 years time”. No steps to implementing the Carswell report recommendations will be taken until after Jersey’s October general election; it is on the cards that the new States of Jersey assembly will reject them.

So the office of Bailiff continues in the Channel Islands. There is a twist in the tail. Sir Philip Bailhache, who for almost 20 years held successively the posts of Solicitor General, Attorney General, Deputy Bailiff and Bailiff stepped down from office in 2009, when he was appointed as a Commissioner and continued to sit part-time in the Royal Court. In July 2011 he resigned from the bench – in order to stand in the October 2011 election for one of the four vacant senatorial seats. His platform is constitutional reform, though not to the office of Bailiff. While in other jurisdictions moves from judicial bench to elected office are not the norm, in Jersey there are precedents. The island’s magistrate resigned and was elected to the States in 2008 and is currently the Home Affairs Minister. And in 1993, Vernon Tomes topped the polls and was elected to the legislature a year after he was dismissed as Deputy Bailiff by the UK Home Secretary.

The interface between law and politics in the islands is far more subtle, complex and interesting than a casual reader of the McGonnell judgment might imagine.

Andrew Le Sueur is director of studies at the Institute of Law, Jersey and professor of public law at Queen Mary, University of London.