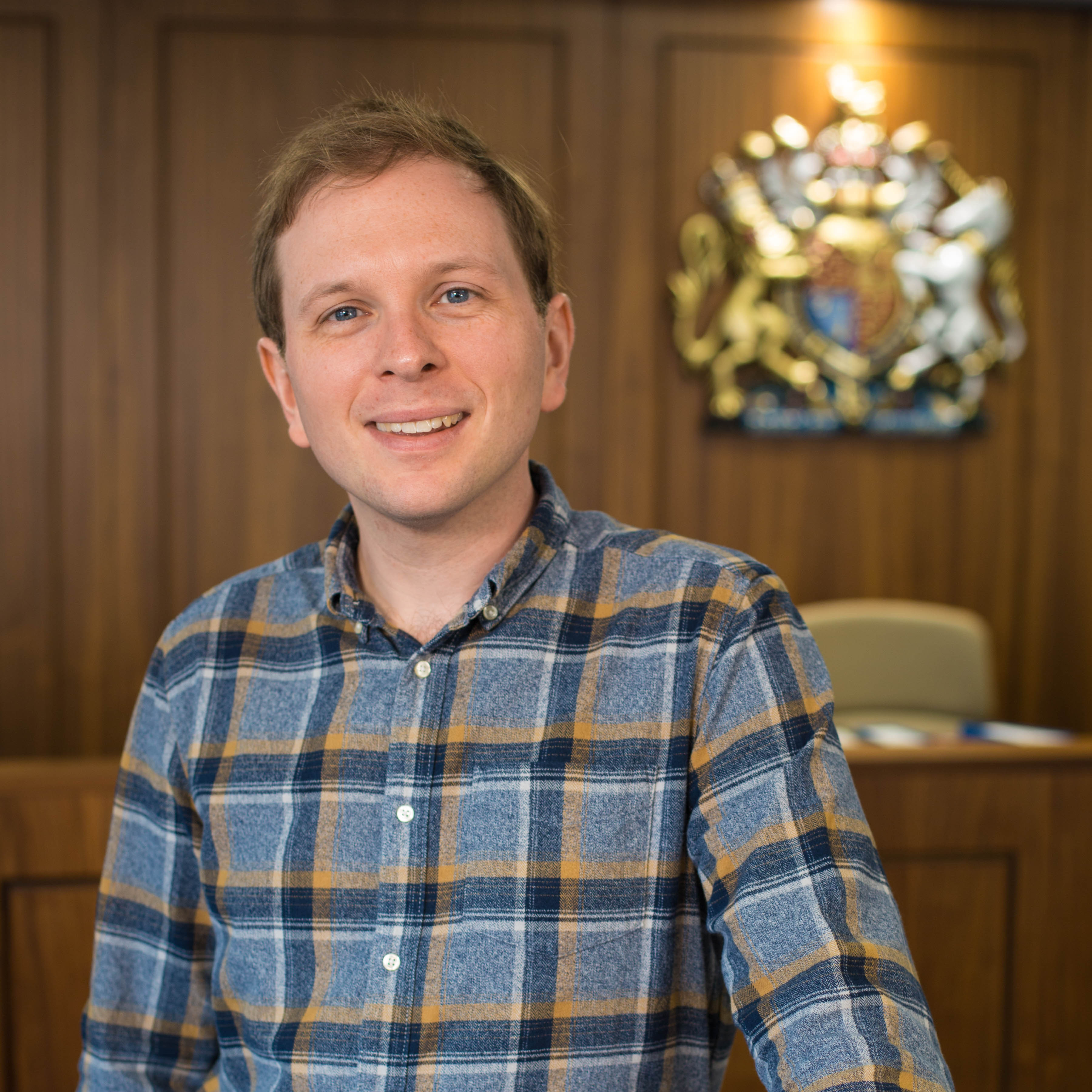 In a recent post published on the UKCLA blog, I argued that impeachment could serve a purpose in the contemporary United Kingdom. The key points were that a modernised impeachment process could buttress the existing political accountability mechanisms. This would support the ability of the House of Commons to hold the government to account and (as a central part of this enhanced accountability) ensure that ministers complied with the accepted norms of the constitution.

I believe that the modernised impeachment process that I propose in my forthcoming book Accountability, Impeachment and the Constitution: The Case for a Modernised process in the United Kingdom (Routledge 2022) should be seen as offering a solution to a fundamental problem facing British democracy, which in my opinion is a clear lack of respect for the accepted constitutional norms, coupled with the deficiencies with the House of Commons’ ability to hold the executive to account (for an excellent commentary see Atremis Photiadou and Patrick Dunleavy, ‘How effective is Parliament in controlling UK government and representing citizens?’). I do not believe that the House of Commons is incapable of holding the executive to account, or that it is in a terminal state of decline, rather that the hands of independent minded backbenchers are tied by the realities of the Westminster system (see for example Matthew Flinders and Alexandra Kelso, ‘Mind the Gap: Political Analysis, Public Expectations and the Parliamentary Decline Thesis’).

The purpose of this blog post is to ask what role impeachment could have in relation to what is known as ‘party-gate’ and the Prime Minister Boris Johnson’s account of the events to the House of Commons. I argue that whether or not there could be grounds for impeaching Johnson, that the current arrangements for impeachment are unsatisfactory and that party-gate and the question it raises about the robustness of the existing accountability mechanisms arguably demonstrate that a modernised impeachment procedure could serve a role.

The fall-out of the numerous parties held at Downing Street during 2020 and 2021, when England was either in lockdown or there were restrictions on social gatherings, has intensified over the past few weeks.

Amongst some of the issues raised is whether Boris Johnson misled Parliament about his knowledge of the parties. Dominic Cummings, the former Chief Adviser to the Prime Minister, has alleged that Johnson was warned that a gathering on 20 May 2020 was a breach of the then lockdown restrictions.

Boris Johnson has maintained that he believed the gathering on 20 May 2020 was a work event and no one told him that the event was illegal. On 8 December 2021 the Prime Minister informed the House of Commons that, ‘I have been repeatedly assured that there were no parties, and that no Covid rules were broken. That was what I have been repeatedly assured’. However, on 12 January 2022 the Prime Minister apologised to the House of Commons, saying that when he had attended an event ‘I thought it was a work event’. Johnson maintained that he believed the event was a work event and that he was unaware that this might be a breach of the relevant laws: ‘Nobody said to me this is an event that is against the rules, that is in breach of what we’re asking everybody else to do, it should not go ahead’ (Financial Times).

If it is true that Johnson has misled Parliament then this would amount to a breach of the Ministerial Code. Johnson and his allies have maintained that his opponents wait for the completion of Sue Gray’s report (BBC News). Gray is the Second Permanent Secretary to the Cabinet Office and if she does conclude that Johnson knew more than he told the House of Commons, then it is clear that the Ministerial Code has been breached.

It is apparent that even if Sue Gray concludes that the Prime Minister’s interpretation is correct, then it is far from clear that this will be accepted by many of Boris Johnson’s critics. If Johnson does not resign then there are a number of possible options that could be considered. A major justification in the exercise of these options is indirectly, or directly, the upholding of accepted constitutional norms, even if not pursued for this explicit purpose. These include a no confidence motion in the House of Commons, which would be under the framework currently set out by the Fixed-term Parliaments Act 2011 and would presumably fail due to the majority that the Conservatives have in the chamber. Probably the most likely of the two to succeed is the withdrawal of confidence by a required number of Conservative Members of Parliament; however, even if enough letters are received by the 1922 Committee then there is no guarantee that the result will be Johnson’s departure from Downing Street.

The crucial difference between the two options is that where there is a confidence vote in the government, then this will trigger a general election unless the government (perhaps under a new Prime Minister) wins another confidence vote within fourteen days of the first vote. However, a vote of no confidence in Boris Johnson as the leader of the Conservative Party could see Johnson replaced as party leader, with the new leader becoming Prime Minister, but this would not trigger a general election.

A Possible Role for Impeachment: Yes, But Not Under the Current Arrangements

Boris Johnson is no stranger to impeachment and clearly has taken the view, given that he supported the motion to impeach Tony Blair in 2004, that impeachment is not obsolete and serves a purpose in the contemporary United Kingdom (see Boris Johnson, ‘Isn’t it time to impeach Blair over Iraq?’ Daily Telegraph).

Despite calling for a modernised impeachment process for the United Kingdom, I would argue that impeachment (as it stands) would be an inappropriate remedy for parliamentarians wishing to use this potentially formidable, but antiquated device to deal with the allegations against Johnson. Anthony Bradley outlined precisely why impeachment was no longer suited for the United Kingdom. I agree with Bradley that the traditional method used to impeach an individual, which involved the House of Lords and the Lord Chancellor (who is also the current Deputy Prime Minister), is no longer desirous (see Geoffrey Carnell and Colin Nicholson (eds), The Impeachment of Warren Hastings: Papers from a Bicentenary Commemoration (Edinburgh University Press 1989)). Where I differ from Bradley is that I believe a modernised form of impeachment could serve a purpose.

The present uncertainty about the status of impeachment and its reliance on historic parliamentary precedents, with a requirement that any trial be in the House of Lords, effectively removes impeachment as a realistic option for parliamentarians. If it were to be used in its present form, then it would be seen as a peripheral option and lacking any real prospect of success. For example, when I interviewed Lord David Owen, the former Foreign Secretary, in 2018 he was critical of the House of Lords having a role in the impeachment proceedings, observing that the involvement of the House of Lords was ‘one of the reasons [why] I drew back from impeachment [in relation to Blair], I looked at all these procedures [and] you cannot use the House of Lords.’ Lord Owen also had concerns about the involvement of the Lord Chancellor in presiding over the trial, observing that ‘[t]he Lord Chancellor itself now is a completely political appointment. In those days when the Lord Chancellor was really above politics that was an appropriate mechanism but now, I mean look at … the trivial people [who are appointed now].’

As we now have more alleged examples of unconstitutional conduct and the willingness to ignore the accepted constitutional norms, I believe that this only strengthens the case for an effective sanction and more importantly a real deterrent. I argue that this could be addressed by a modernised form of impeachment. If my proposed Impeachment Act were to be enacted, then it would not only offer an effective procedure to challenge alleged unconstitutional conduct, but it would resolve the uncertainty about the status of impeachment. By placing impeachment on a statutory footing, it would serve as a deterrent to those who rely on the realities of the Westminster system (i.e., the predominance of government majorities) when deciding to push the boundaries of what is acceptable conduct. Therefore, if my proposed reforms were adopted, then someone in Johnson’s position could be impeached by the House of Commons and ultimately tried before a Court of Impeachment. Whether it would work would, of course, depend on the circumstances of the day.

(Suggested citation: C. Monaghan, ‘Party-gate as a Ground for Impeachment? Perhaps, But We Need to Modernise Impeachment Before It Is Fit For Purpose’, U.K. Const. L. Blog (26th January 2022) (available at https://ukconstitutionallaw.org/))