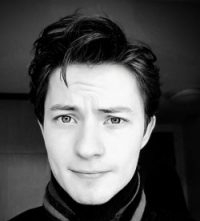 This is an enigmatic provision, at the very least because of uncertainty as to what ‘supremacy’ it refers to. If it is an EU principle, it cannot continue to apply in the UK because it never applied domestically in the first place. The courts, on the other hand, appear to have understood this provision simply as a license to maintain the trajectory of their pre-Brexit approach to disapplication but, not only is it unclear that this is what s 5(2) demands, this trajectory is also moving towards a far less satisfactory approach, absent of the kind of nuance and subtlety that characterised the earlier case law.

These issues are especially pertinent because earlier this month, in the case of Hughes, the Court of Appeal upheld the High Court’s finding that a ‘statutory cap is inconsistent with EU law and must be disapplied.’ The Secretary of State has been invited to make ‘any submissions about the effect of the European Withdrawal Act 2018’ and, ‘if the Secretary of State does not make any submissions about the effect of the 2018 Act, the Court will make a declaration, without the need for further order, [that certain provisions] are disapplied…’ Hughes therefore presents an opportunity to address the problems with s 5(2) and its curial treatment.

The first curiosity in s 5(2) is where ‘supremacy’ has its source. In Factortame (No.2), Lord Bridge famously held that ‘it has always been clear that it was the duty of a United Kingdom court, when delivering final judgment, to override any rule of national law found to be in conflict with any directly enforceable rule of Community law.’ Lord Bridge contended that this was a principle of Community/EU law, but he held that it only had domestic effect ‘[u]nder the terms of the Act of 1972’. In Thoburn, however, Laws LJ went further, holding that the hierarchical superiority of EU law had little to do with any EU principle, being entirely a function of domestic law. The EU principle could not be imported ‘[n]ot because the legislature chose not to allow it; because by our law it could not allow it.’ In his view, although the ECA 1972 could allow access for the substantive elements of EU law, its priority had to be accorded by an equivalent to the EU’s supremacy principle crafted in domestic law. This was achieved by the terms of the ECA in combination with the constitutional statutes doctrine ([68-70]). In much the same way, although the Supreme Court majority in Miller I held (at [65]) that ‘EU law [is] an independent and overriding source of domestic law’, it held that this was a consequence not of an EU supremacy principle, but of the ECA 1972, something also reinforced by the European Union Act 2011, s 18.

It has been accepted by (at least) the Government, the European Scrutiny Committee and the House of Lords Constitution Committee that ‘﻿the ruling in Thoburn reflected the well understood and orthodox position’, ascribing priority to EU law through a parallel domestic system of hierarchy. Indeed, it was this domestic counterpart that allowed the Supreme Court in HS2 to suggest that the priority accorded to EU law was ultimately qualified, something that distinguishes it from the EU’s principle.

The problem here is that it is difficult to say with absolute certainty that s 5(2) refers to this domestic system, and not the EU equivalent. The language of the provision is unfamiliar on the Thoburn view and the House of Commons Library has suggested that the Act actually ‘converts the principle of the supremacy of EU law’ into domestic law. Furthermore, some current case law (explored below) also seems to understand this provision as importing the EU principle. If this is so, then it must either be putting strain on the statutory language in reading ‘continues’ as ‘converts’, or it must be aligning the case law more with Factortame than Thoburn, suggesting it is the EU principle that had domestic effect all along. If it is the EU principle that, one way or another, ‘continues to apply’, then this has significant consequences. As Laws LJ explained in Thoburn (at [68]):

It might be suggested that it matters little whether that result is given by the law of the EU (as Miss Sharpston submits) or by the law of England untouched by Community law (as I would hold). But the difference is vital to a proper understanding of the relationship between EU and domestic law.

In a recent case concerning s 5(2)—Open Rights Group—the Court of Appeal, rather than engaging with the source issue in depth, saw s 5(2) as simply meaning the courts should continue in their pre-Brexit approach to disapplication. This case concerned, in the words of Warby LJ, ‘the lawfulness of statutory restrictions on data protection rights, in the context of immigration.’ The material issue was whether such restrictions contravened retained EU law since, because they are pre-IP completion day domestic law, the principle of supremacy—according to s 5(2)—applies. In defining this principle, Warby LJ (giving the only substantive judgment) said this at [11]:

If and to the extent that a domestic provision cannot be read in such a way as to comply with the EU legislation, it should be disapplied. The principles were articulated by this court in Benkharbouche v Embassy of Sudan … Vidal-Hall v Google Inc … shows this process at work in the context of data protection.

Consequently, the court could ‘disapply the Immigration Exemption if it finds that provision to be incompatible with’ the General Data Protection Regulation (at [13]).

There are three problems with this approach. Firstly, the Court of Appeal suggests this disapplication is required not by the ECA 1972 (as they held in Benkharbouche at [86]), but because ‘[i]t is a fundamental principle of EU law’ which the domestic courts apply. If, as this implies, s 5(2) has imported the EU’s supremacy principle, then the Court of Appeal appears to be suggesting that it has quietly achieved what Laws LJ said—and others accepted—was impossible. Secondly, if s 5(2) does achieve this, this passage is not an accurate representation of the position at EU law where alternatives such as substitution are also available; disapplication is by no means the inevitable consequence of supremacy in EU law. Thirdly, if s 5(2) is only understood as preserving the pre-Brexit approach to disapplication, Open Rights Group appears to be preserving Lord Sumption’s far less nuanced approach rather than the more subtle approaches exhibited in the cases which it cites. This issue is considered next.

The implications of supremacy: divergent approaches to disapplication

In Open Rights Group, the only implication of s 5(2) seems to be the preservation of Lord Sumption’s words in Benkharbouche (at [78]): ‘a conflict between EU law and English domestic law must be resolved in favour of the former, and the latter must be disapplied’. However, these words do not accurately represent the domestic operation of disapplication, which was previously laden with nuance and subtlety.

Two cases demonstrate this nuance at work. The first, Chester, crucially cast disapplication as discretionaryrather than obligatory. There, Lord Mance—with the agreement of Lord Hope, Lord Hughes and Lord Kerr—followed the reasoning in Kücükdeveci where it was held that

it is for a national court, in applying national law, to provide within the limits of its jurisdiction, the legal protection which individuals derive from European law and to ensure the full effectiveness of that law, disapplying if need be any provision of national legislation contrary to that principle.

Crucially, Lord Mance rejected ‘the submission that the Supreme Court could or should simply disapply the whole legislative prohibition on prisoner voting’. Rather, he held that some ban might be ‘justified’ (and therefore permissible) under EU law. The availability of alternative legislative choices meant that disapplication was not the appropriate course of action, and it was the absence of such alternatives that led to the opposite outcome in Benkharbouche. Lord Mance also rejected the argument that the Supreme Court should rewrite the provision since ‘it is only “within the limits of its jurisdiction” that a national court can be expected to provide the legal protection that European Union law requires.’

The second case which demonstrates a far more nuanced approach to disapplication and supremacy (also cited in Open Rights Group) is Vidal-Hall. In that case Lady Justice Sharp considered Lord Mance’s judgment in Chester and identified the implication that ‘if EU law did not permit any prohibition on prisoner voting, the proper course would have been to disapply the relevant legislation.’ However, although Lady Justice Sharp is right that Lord Mance declined this course of action because ‘that would deny Parliament the opportunity of enacting a partial prohibition’, she combined this with the element, also implicit in Lord Mance’s judgment, that disapplication would only be justified if it would in itself render the legislative scheme compatible with EU law: ‘What is required in order to make section 13(2) compatible with EU law is the disapplication of section 13(2) [of the domestic provision in question], no more and no less.’

The courts’ approach to disapplication therefore has historically been a combination of (i) whether alternative legislative choices would be permissible (the Benkharbouche/Chester distinction), and (ii) whether the disapplication would in itself cure the incompatibility; both of which a court can only do ‘within the limits of its jurisdiction’. Yet, this nuance is ejected in Open Rights Group, a case which follows Lord Sumption’s simplified formula instead. Such a course is a departure from a level of nuance to which the courts would be wise to return.

Conclusions: where to next?

It would be curious for s 5(2) to depart from Thoburn and give the EU’s supremacy principle domestic application while misidentifying this as continuation. However, recent judicial treatment suggests that this might be the case. In Open Rights Group, s 5(2) is understood as little more than the preservation of Lord Sumption’s simplified disapplication formula, which is not representative of the EU principle and, itself, represents a regretful departure from the more nuanced and careful approach that characterises previous judgments. If this trajectory is maintained, there will likely be consequences: What if a court disapplies when there were legislative alternatives, or where disapplication does not itself cure the incompatibility? There are also questions about how supremacy should work if s 5(2) has imported the EU principle: substitution might, for example, be a far more compelling way to achieve compliance with retained EU law.

Section 5(2), for all its language of continuity, could actually be an instigator of change. Hughes offers an opportunity for the courts to address not only whether supremacy is imported or domestic, but also to determine the level of nuance with which they will confront these issues.

My sincere thanks are owed to Professor Alison Young for her insight and feedback in discussion, and to both her and Professor Michael Gordon for their thoughtful comments on an earlier draft. Any errors or omissions, of course, remain my own.

Nicholas Kilford, PhD Candidate at the University of Cambridge