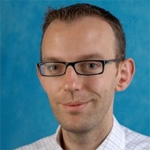 Earlier this week, the UK Supreme Court gave judgment in R (HS2 Action Alliance Ltd) v Secretary of State for Transport [2014] UKSC 3. A good overview of the issues at stake in the case can be found in the Court’s press summary, as well as in a post by David Hart on the UK Human Rights Blog. This post is concerned only with one aspect of the decision, and with some very interesting dicta concerning not only the relationship between UK and EU law, but the nature of the UK’s constitutional order itself.

The issue raised by the case that is of relevance to this post can be stated (for these purposes) relatively straightforwardly. EU Directive 2011/92/EU lays down requirements concerning the way in which Member States must make certain decisions, including the decision concerning the construction of the proposed “HS2” high-speed rail network. The question for the Supreme Court was whether the process to be adopted in relation to the HS2 project will be compliant with the Directive—and, in particular, whether it will facilitate the degree of public participation called for by the Directive. Unusually, the decision concerning HS2 is to be taken not by administrative means, but by way of the enactment of a “hybrid Bill” (which is now before Parliament). Lord Reed—whose judgment on this aspect of the case commanded the support of the other six Justices—explained what is meant by a “hybrid Bill”:

The Speaker has defined a hybrid bill as “a public bill which affects a particular private interest in a manner different from the private interests of other persons or bodies of the same category or class” (Hansard (HC Debates), 10 December 1962, col 45). This hybrid character influences the Parliamentary procedure: a hybrid bill proceeds as a public bill, with a second reading, committee report and third reading, but with an additional select committee stage after the second reading in each House, at which objectors whose interests are directly and specifically affected by the bill (including local authorities) may petition against the bill and be heard. Parliamentary standing orders make provision for those persons who have standing to lodge a petition.

Whether this process passed muster according to the Directive appeared to require the Supreme Court to assess the adequacy of parliamentary procedure, using the Directive as a benchmark. Lord Reed observed that such scrutiny of the legislative process might impinge “upon long-established constitutional principles governing the relationship between Parliament and the courts, as reflected for example in article 9 of the Bill of Rights 1689”. In fact, Lord Reed concluded that the Directive did not require scrutiny of a constitutionally-problematic kind, but he went on to consider (briefly) what would have happened if that Directive had called for such scrutiny. He concluded that objections to the constitutional propriety of close judiciary scrutiny of the legislative process would not be capable of being resolved simply

by applying the doctrine developed by the Court of Justice of the supremacy of EU law, since the application of that doctrine in our law itself depends upon the [European Communities Act 1972]. If there is a conflict between a constitutional principle, such as that embodied in article 9 of the Bill of Rights, and EU law, that conflict has to be resolved by our courts as an issue arising under the constitutional law of the United Kingdom. Nor can the issue be resolved, as was also suggested, by following the decision in R v Secretary of State for Transport, Ex p Factortame Ltd (No 2) [1991] 1 AC 603, since that case was not concerned with the compatibility with EU law of the process by which legislation is enacted in Parliament.

At one level, this dictum merely serves as a reminder that—as section 18 of the European Union Act 2011 reminds us—the effectiveness of EU law within the UK legal system is ultimately attributable to, and a function of, the European Communities Act 1972. At another level, however, Lord Reed’s comment implies that EU law’s position within the UK system falls to be determined not only by reference to the bald terms of the ECA 1972, but also by reference to other features of the domestic constitutional landscape with which EU law might conflict, and which might therefore constrain the domestic applicability of constitutionally-suspect EU norms.

And this, in turn, suggests that the domestic status accorded to EU law is a matter which is too complex to be resolved by reference to the binary distinction drawn in Thoburn v Sunderland City Council [2002] EWHC 195 (Admin) between “constitutional” and “ordinary” legislation. According to that analysis, the fact that EU law enters the domestic system via gateway provisions enshrined in constitutional legislation secures primacy for EU in the absence of specific derogation from it in other primary legislation. But while Thoburn suggested that not all legislation is equal, it left unconfronted the question whether the hierarchy of statutes it envisaged is exhausted by the constitutional/ordinary distinction: whether, in other words, all constitutional legislation is equal in status.

The intriguing possibility that all constitutional legislation might not be equal—that there might be an ordering of constitutional norms and statutes more subtle that which is afforded by the binary framework of Thoburn—is given further succour by the joint concurring judgment of Lords Neuberger and Mance (with which the other five Justices agreed).  Lords Neuberger and Mance considered in more detail than Lord Reed the constitiutional implications of the claimants’ contention that the Directive required close judicial assessment of the adequacy of the legislative procedure adopted by Parliament, so as to bring the requirements of the Directive into tension with the constitutional principles, referred to above, concerning the proper relationship between the courts and the legislature. Lords Neuberger and Mance observed that:

Article 9 of the Bills of Rights, one of the pillars of constitutional settlement which established the rule of law in England in the 17th century, precludes the impeaching or questioning in any court of debates or proceedings in Parliament. Article 9 was described by Lord Browne-Wilkinson in the House of Lords in Pepper v Hart [1993] AC 593, 638, as “a provision of the highest constitutional importance” which “should not be narrowly construed”.

Could an EU Directive require domestic courts to set aside such a fundamental principle? Lords Neuberger and Mance doubted this. They observed that, in Factortame, the House of Lords had taken the ECA 1972 to require courts to treat as “invalid” domestic legislation found to be incompatible with EU law. (I pass over, for present purposes, fact that the House of Lords in Factortame in fact said no such thing, and merely held that domestic legislation could be disapplied to the extent of any inconsistency with EU law.) However, according to Lords Neuberger and Mance, it does not follow from Factortame that the ECA 1972 requires national courts to accord primacy to EU law over all domestic law:

The United Kingdom has no written constitution, but we have a number of constitutional instruments. They include Magna Carta, the Petition of Right 1628, the Bill of Rights and (in Scotland) the Claim of Rights Act 1689, the Act of Settlement 1701 and the Act of Union 1707. The European Communities Act 1972, the Human Rights Act 1998 and the Constitutional Reform Act 2005 may now be added to this list. The common law itself also recognises certain principles as fundamental to the rule of law. It is, putting the point at its lowest, certainly arguable (and it is for United Kingdom law and courts to determine) that there may be fundamental principles, whether contained in other constitutional instruments or recognised at common law, of which Parliament when it enacted the European Communities Act 1972 did not either contemplate or authorise the abrogation.

This analysis does not dissent from the basic idea, mentioned above, that EU law’s status within the domestic system is attributable to, and therefore determined and potentially circumscribed by, the ECA 1972. That was the point which Lord Bridge was at pains to make in Factortame, albeit that the sparseness of his analysis reduced the proposition to one of (prudent) judicial politics rather than high constitutional analysis. The Thoburn case placed some intellectual meat on the doctrinally skeletal Factortame decision by seeking to explain Parliament’s capacity to accord primacy to EU law—including in relation to legislation enacted after the ECA 1972—given its supposed inability to bind successor Parliaments. Thoburn did that by characterising the ECA as a constitutional statute that was immune from implied repeal, such that later legislation that was inconsistent (but not explicitly inconsistent) with EU law would cede priority to the ECA and hence to the EU law to which that Act gives effect.

This analysis has practical implications for the primacy of EU law. It has always been clear that that primacy is qualified in the sense that, as a matter of domestic constitutional law, Parliament is free to derogate from EU law provided it makes its intention sufficiently clear. However, the views advanced by Lords Neuberger and Mance in HS2 suggest that the primacy of EU law within the UK system may be more qualified than has so far been appreciated. In particular, it suggests that the “constitutional” status of the ECA does not conclusively establish that EU law prevails over everything except an explicitly-inconsistent Act of Parliament. Instead, the extent of EU law’s qualified primacy is, on this analysis, delimited by other constitutional measures—including (some) other “constitutional” legislation, and perhaps (some) common-law constitutional rights and principles—whose claim to constitutional fundamentality may prove more compelling than that of the ECA itself.

Moreover, the HS2 analysis has implications extending well beyond our understanding of the status of EU law within the UK legal system. In the judgments of Lords Neuberger and Mance and (to a lesser extent) Lord Reed, we find the seeds—at the highest judicial level—of a vision of the British constitution substantially at odds with Diceyan orthodoxy. Dicey—who famously said that “neither the Act of Union with Scotland nor the Dentists Act 1878 has more claim than the other to be considered a supreme law”—envisaged a constitutional landscape of unrelenting normative flatness, in which hierarchical considerations were limited to the purely formal (Acts of Parliament prevailing over the common law, primary legislation over secondary). In contrast, the HS2 judgment envisages a far richer constitutional order in which the differential normative claims of constitutional and other measures fall to be recognised and calibrated in legal terms. None of what is suggested in HS2 is wholly novel: it is over a decade since Thoburn introduced the notion of constitutional legislation, and the idea of common-law constitutional rights has been around for substantially longer. Nor can the inchoateness of the constitutional vision presented in HS2 be denied. It is, nevertheless, highly significant that a seven-Justice Supreme Court has endorsed an analysis of the constitution that is so un-Diceyan. Some will see HS2 as a judgment that puts EU law in its proper constitutional place. But by putting the constitution itself in its proper place—as a subtly-ordered body of law that occupies a distinctive position within the hierarchy of legal norms—the implications of HS2 may have more profound implications.

Mark Elliott is Reader in Public Law at the University of Cambridge. This post originally appeared today on Dr. Elliot’s blog Public Law for Everyone.