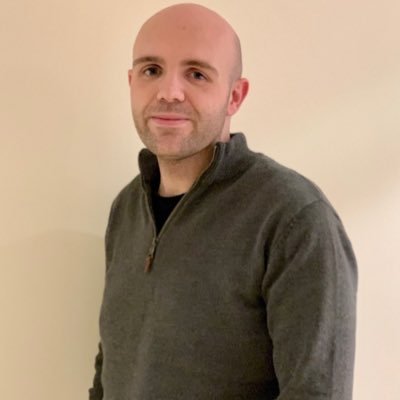 The Independent Review of Administrative Law has now reported. For a review process that was unnecessarily quick, the Expert Panel, led by Lord Faulks QC, has produced a substantial and detailed analysis. The Report has rightly drawn broad support from across the political spectrum—even if the Government’s support for the report has been accompanied by a new consultation which departs from the Report’s findings on various important points. No doubt, the focus will now shift to the new consultation. However, in this post we want to respectfully take issue with one of the firm conclusions of the Panel: that Cart judicial reviews ought to be discontinued on the basis they are a disproportionate use of judicial resource.

The IRAL Panel concluded that Cart judicial reviews ought to be discontinued as ‘the continued expenditure of judicial resources on considering applications… cannot be defended’ [3.46]. The Government embraced this recommendation, with the Lord Chancellor telling the House of Commons that ‘we will follow the review’s recommendation to legislate to remove a type of judicial review known as the Cart judicial review’ (a position elaborated further by the Government in the new consultation document). Though agreement with this proposal has not been universal, there has already been some hefty support for this recommendation. Lord Hope, a former member of the Supreme Court who was part of the panel in Cart, backed the proposal in the House of Lords debate: ‘we set the bar as high as we could when we were defining the test that should be applied, but experience has shown that our decision has not worked so I agree that it is time to end that type of review.’

We will not restate in detail the justification advanced for the discontinuation of Cart judicial reviews, but the central logic of both the IRAL Report and the Government is clear: that there are too few successful Cart cases relative to how many are lodged, resulting in a disproportionate use of judicial resource.  The empirical considerations underpinning this view were based on an exercise undertaken as part of the IRAL process, which is summarised at paragraph 3.41 of the Report:

In order to test how effective Cart JRs are at achieving this goal, we trawled Westlaw and BAILII for all the reports and transcripts of cases involving a Cart JR since Cart was decided. What we wanted to find out was this: In how many of those cases were the courts able to detect and correct an error of law that a FTT had fallen into and that the UT had failed to correct because it refused permission to appeal the FTT’s decision?

This approach yielded a conclusion that has been widely cited in the press and by those defending the proposal: there has only been 12 successful Cart judicial reviews since 2012, which represents 0.22% of all such cases brought. We reproduce the IRAL Report’s table showing the Panel’s analysis of the number of Cart judicial reviews (available at para 3.45) below. This is the basis for both the recommendation and the Government’s response.

The 0.22% success figure is compelling. Proportionate use of judicial resource is a legitimate concern in a justice system (indeed it was a key facet of the Supreme Court’s decision in Cart). This would be a strong basis for reform if it were not seriously misconceived. The core flaw with the figure is that it is built out of reported cases, of which there were only 45 found by the Panel. There are two reasons this approach is problematic.

First, the headline success rate number is misleading. On the basis of the outcomes the panel had access to via legal databases, the success rate figure would be 12 out of 45 cases, not 5,502. This would represent a much higher success rate of 26.7%. Why not use this figure instead? The figure being relied on artificially deflates the actual success rate by taking 5,457 cases—where we have no data on the outcomes—and assuming they were all failures. There is no basis for that assumption. What has resulted from this approach is manifestly flawed to anyone who knows this jurisdiction: the two of us know of more than 12 cases that have been successful since 2012. The best approach would be to admit that success rates are not known.

Second, Cart cases are not generally reported because they go through a specific procedure, the dynamics of which means reported successful cases are unlikely. CPR54.7A lays down the streamlined procedure adopted for Cart judicial reviews, precisely in order to (further) limit the amount of judicial resource they require. This includes the following rules:

(9) If permission to apply for judicial review is granted –

(a) if the Upper Tribunal or any interested party wishes there to be a hearing of the substantive application, it must make its request for such a hearing no later than 14 days after service of the order granting permission; and

(b) if no request for a hearing is made within that period, the court will make a final order quashing the refusal of permission without a further hearing.

(10) The power to make a final order under paragraph (9)(b) may be exercised by the Master of the Crown Office or a Master of the Administrative Court.

Under this procedure, hearings–and therefore reported judgments–are inevitably extremely rare. If permission is granted, it is unusual for the Upper Tribunal or Secretary of State to request a hearing. Instead, the usual course is that there is no such request, and the Master quashes the decision of the Upper Tribunal that refused permission. The case then goes back to the Upper Tribunal, where an Upper Tribunal Judge, usually the Deputy President, reconsiders whether to grant permission (and, in practice, usually does so). Typically, this is all done on the papers with limited written reasoning. It would be highly unusual for this process to be reported or for there to be any judgment to be found on databases such as BAILII or Westlaw. That success in the judicial review system does not usually come in the form of a judgment but some other resolution is recognised elsewhere in the IRAL Report (para. C.22), but not in relation to Cart cases. Potentially even more importantly in relation to interpreting the figures in the Report, there is no possibility of pre-action settlement in the Cart procedure, because there is no time to send a pre-action protocol letter. It would be remarkable if this did not have a significant effect on numbers.

We do not know how many Cart judicial reviews get permission or are ultimately successful, but it is quite clear, on the empirical basis being relied upon for this proposal, that neither does the Government. They, and others supporting the proposal to discontinue this form of judicial review, ought to be, at very least, more nervous of the impact of the proposal. As the government recognised in its response to the Report, the removal of this route ‘may cause some injustice.’  The nature of the potential injustice at issue has unfortunately received no attention at all, even though it is important. In the Immigration and Asylum Chamber, for example, almost all cases involve asylum and human rights appeals. The potential injustices at stake concern the most fundamental rights and may literally be a matter of life and death. The cases that succeed in a Cart judicial review also—by definition—involve important points of law or practice, which would otherwise not be considered, or compelling reasons such as a complete breakdown of fair procedure. In any full assessment of the proportionate use of judicial resource, account needs to be taken of the weight of the interests.

The better route to improving the system here would have been to include Cart judicial reviews in the further consultation, not least because Cart judicial reviews were not explicitly mentioned in the IRAL terms of reference. Further evidence on how the system is working could have been collected and submitted. The rationales for the process, elaborated by the Supreme Court in Cart—including the prevention of the ossification of law and ensuring oversight over the Upper Tribunal—could have been given further consideration. Alternative proposals could have been made to better inhibit weaker cases from being brought or otherwise meet these aims. Instead, and unfortunately, the baby is already on its way out along with the bathwater and all the government is asking is how precisely we should throw it out.

Dr Joe Tomlinson is a Senior Lecturer in Public Law at the University of York and Research Director of the Public Law Project.

Alison Pickup is Legal Director at the Public Law Project.