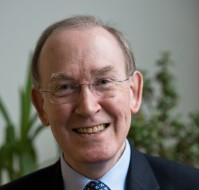 The curious case of the expanding Government

Before they entered government, both Dominic Cummings and Dominic Raab called for massive cuts in the size of the British Government.  Raab suggested in 2013 that half of all government departments should be scrapped in order to save money;  Cummings argued the following year that the Cabinet should consist of only six or seven people.  I agree with them – at least to the extent that consideration is long overdue of whether there are too many government departments and too many Ministers.

At the turn of the twentieth century the biggest empire that had ever existed was ruled from London by a Cabinet of 19 people.  Her Majesty’s Government had a total of 60 Ministers.  By 1950, Britain’s responsibility for India, Ceylon (Sri Lanka), Pakistan, Palestine, and the new Republic of Ireland had ceased.  But Clement Attlee and his colleagues had to nurture its infant welfare state, and they had to oversee (as Labour described them) the commanding heights of the economy which had been scaled by them.  Massive industries had been nationalised – coal, electricity, gas, the railways, and iron and steel.  Even so, the 1950 Labour Cabinet was more or less the same size as Lord Salisbury’s had been in 1900, albeit that His Majesty’s Government had increased by 20 to 81 Ministers.  By the millennium the British Empire was a historical memory;  the commanding heights had been sold off to private enterprise by Margaret Thatcher;  substantial executive and legislative powers had been passed from London to Edinburgh, Belfast, and Cardiff by Tony Blair’s new Labour, and many more powers were to follow.  The consequences of devolution have been reflected in the Scotland, Wales, and Northern Ireland Offices in Whitehall.  John Major had 14 Ministers in them;  David Cameron made do with nine;  Boris Johnson has six.  But despite all that economic and constitutional shrinkage of the central state, in 2000 the Cabinet had increased to 24 members (five more than Salisbury’s), and Her Majesty’s Government had expanded to 106 Ministers (46 more than in 1900).  There are 134  Ministers and whips in Johnson’s Government.  In recent years an extra desk has had to be shoved up against the end of the coffin-shaped Cabinet table so that, today, 25  Ministers can sit in the Cabinet Room.

There is an evident mismatch between the reduced role of the British Government and the expanded number of Ministers and departments.  You are right to sigh “It’s the payroll vote, stupid.”   Of the present 364 Conservative MPs, 106  of them, or some 30%, are Ministers or whips.  They are all bound together in loyalty to the Prime Minister and the Government by the doctrine of collective responsibility.  The more ministerial jobs that a Prime Minister has to offer, the fewer Government backbench MPs there will be who are free publicly to criticise him or her.  And backbenchers know that there are jobs aplenty which they might get in the next reshuffle.  Although collective responsibility more or less evaporated under the unfortunate Theresa May, Johnson is rigorously enforcing it.  He did so by withdrawing the whip from 21 of his MPs in 2019, and from Julian Lewis, who had conspired with the Opposition to thwart the rigged election of Chris Grayling to be chair of the Intelligence and Security Committee.  (How cruel was the comment that only Grayling could have managed to lose a vote engineered and whipped in his favour.)

But, notoriously, the payroll vote is bigger than that.  Each and every lowly, unpaid, ministerial bag-carrier who enjoys the grand-sounding title of Parliamentary Private Secretary (PPS) is also bound into collective loyalty to the Government – even though they aren’t Ministers.  The Ministerial Code (2019)in paragraph 3.9 enjoins them “to support the government in divisions in the House”, and warns that any PPS “who votes against the government” will lose his or her post.  PPSs are part of the payroll vote, even though they aren’t paid.  Why a backbench MP would surrender freedom for so little is, of course, obvious.  Appointment as a PPS is the normal prerequisite for later appointment as a junior Minister, and thence possibly onwards and upwards.  In 1900 there were nine PPSs.  By 1950 there were 27.  But by 2000 there were 47.  Johnson’s Ministers have 38 PPSs.  By adding together all the PPSs and Ministers, then of the current 364 Conservative MPs no less than 144, or about 40% of them, are bound to the Government by collective responsibility.  That is an astonishing number.

David Cameron and Boris Johnson were content on becoming Prime Minister simply to put new Ministers into existing Government departments.  Theresa May, however, created Departments for Exiting the European Union (scrapped by Johnson after he had got Brexit done), for International Trade, and a rebranded Department for Business, Energy and Industrial Strategy (which merged Energy and Climate Change with Business, Innovation and Skills).  Harold Wilson had set a record when Labour came to power into 1964.  Five brand-new departments or ministries were created.  He had discussed his plans before that year’s election with the Secretary of the Cabinet:  the then Prime Minister had given permission for this to happen (a convention that has been followed ever since).  But only one Wilsonian creation still existed after he had lost office in 1970.  He himself scrapped two of them.  The Department of Economic Affairs (headed for its first two years by his deputy, and often not sober, George Brown) went in 1969.  In the same year the young Ministry of Land and Natural Resources was wound up:  for all I know it still can claim to have sponsored the worst-ever drafted statute, the Land Commission Act 1965.  Wilson’s Ministries of Technology, and of Overseas Development, were subsumed elsewhere  after Edward Heath had surprisingly ousted Wilson at the 1970 general election.  (Tony Blair resurrected the latter as the Department for International Development in 1997;  Johnson has just merged it into the new Foreign, Commonwealth & Development Office.)  Only the Wales Office, created as the Welsh Office when first established by Wilson in 1964, still exists.   Wilson’s new departments were established to implement party policies, but without sufficient planning.  His successor as Prime Minister readily learnt that lesson, indeed always where possible doing the opposite of what Wilson had done, and how he had done it.  Heath spent four months preparing a White Paper, The Reorganisation of Central Government (Cmnd 4506 (1970)), before two new super-ministries were established, the Departments of the Environment, and of Trade and Industry.  In the process five former Ministries were abolished.  Although the titles and some duties have changed since, Heath’s thoughtful rearrangements are still with us, mainly in the Departments for Environment, Food and Rural Affairs, for Business, Energy and Industrial Strategy, and for International Trade.

Harold Macmillan couldn’t have known that it would take six years to accomplish his prime-ministerial wish to create a unified Ministry of Defence.  From 1958 the Service chiefs fought in the last ditch to oppose the abolition of the War Office, the Admiralty, and the oddly-named Air Ministry, but the new Ministry of Defence was finally set up in 1964.  Yet that would seem a very quick operation indeed if the Scotland, Wales, and Northern Ireland Offices were ever to be merged into one department.  Such a reorganisation has been on the cards since devolution began in 1998.  The argument for it has strengthened with each new flow of power away from Whitehall.  Why are those three Offices, each with its own Secretary of State in the Cabinet, still with us, albeit with far fewer junior Ministers?  On the face of it one department, which Robert Hazell attractively suggests might be called the Department for the Union, could replace them.  One Secretary of State in the Cabinet, with Ministers of State for each of the three nations and regions, could be the model.  Given the instability of the Northern Ireland constitution an extra junior Minister might be needed from time to time.  (No one could have objected during the Covid-19 emergency if an extra junior Minister, or even two, had been put into the Department of Health and Social Care so that the Secretary of State could have devoted all his  efforts to it.)  There might even be a Minister of State for England in a new Union Department, taking over at least the Local Government part of the Ministry of Housing, Communities, and Local Government.  It could be argued that such a new Department would underline the Government’s commitment to the United Kingdom.  But there would be objections.  Nicola Sturgeon, for instance, would probably portray the abolition of the Scotland Office as proof that the British Government didn’t care about Scotland, or see it as special.  Many things come back to politics.

If only we lived in an ideal world

The Report of the Machinery of Government Committee was published in 1918 (Cd 9230 (1918)).  Lord Haldane had examined the responsibilities of central government departments, and advised how the exercise and distribution of them could be improved.  The Committee recommended that the peacetime Cabinet should consist of ten, or at most twelve, Ministers.  They would be part of a much smaller Government, made up of only nine Ministries.  Some Ministries or Boards in 1918 already covered all or parts of those functions.  Among other things, though, Lord Haldane suggested that a new Ministry of Transport, and a Ministry of Justice, be set up.  Transport was duly created in 1919;  Justice had to wait until 2007;  otherwise the report was ignored.

Ideally a modern Haldane would carry out a similar inquiry.  It should start by asking simple questions, to which of course there might not be easy answers.  What should Her Majesty’s Government do?  What departmental and ministerial structure would be the most likely to achieve those purposes?  How many Cabinet and junior Ministers would be needed to deliver them?  In the light of that, what structural changes would be required, avoiding unnecessary alterations?  Recommendations would ideally be carried out with both Conservative and Labour support to avoid rearranging government departments when the Government changed.  (Of course, complete agreement would be impossible.  The hokey-cokey over the Department for International Development – in the Foreign Office sometimes, out of it at others – is just one example of party disagreement.)

The Department for International Development (DfID) had a Secretary of State and seven junior Ministers in it.  The total number of Ministers in the new Foreign, Commonwealth & Development Office is eight.  What exactly were the newly-redundant DfID Ministers doing?  At any rate, no doubt the Home Office does need both a “Minister for Immigration Compliance and the Courts” as well as a “Minister for Future Borders and Immigration”.  We could probably not do without two “Ministers for Crime and Policy”, one in the Home Office and the other in the Ministry of Justice.  The Department for Education (only for England, remember) might really need six Ministers, including a “Minister for School Standards” and one for “School Systems”.  Health and Social Care, Education, and the Home Office, even though fully populated with ministerial talent, haven’t done particularly well for the country recently.

Machinery of government changes are time-consuming, costly, disruptive, and absorb human resources that are sorely needed for essential governmental tasks.  The Institute for Government’s Making and Breaking Whitehall Departments (2010) should be required reading. A Prime Minister might worry about the potential risk to the size of the payroll vote if a new, considered approach were taken both to the appropriate organisation of departments and to the number of Ministers that is needed.  Naturally, though, recommendations could be ignored, as Lord Haldane saw.  But then if anyone was in any doubt about the world in which we now live, 2020 has proved that it isn’t ideal.