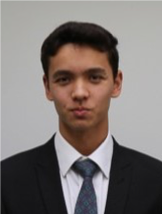 This post seeks to explain and clarify the status of ‘consistent/equal treatment’ in UK judicial review. The status of consistency in judicial review was recently considered by the UK Supreme Court in Gallaher, but the meaning of ‘consistency’ was not clearly explained. The main aim of this post is therefore one of clarification. This author hopes to put consistency on a sure conceptual footing which has otherwise been lacking in the discourse on consistency.

At the most basic level, consistency is something shared. If A and B both share the colour C, then the complexion of A is consistent with the complexion of B. If act X is consistent with the law on X, then both the substance of X and the substance of the law must share something in common. To this extent it can be said that the law is the very embodiment of consistency: it represents a repository of shared legal values. But it is not the word ‘consistency’ on its own which does the conceptual work, as it were. Instead, the conclusion that two entities are consistent is the result of a process of abstraction: one ‘sees’ two entities and by abstraction ‘feels’ one’s way to the conclusion that the two have similar features.

Similarly, in law, by a process of abstraction, our courts first identify what is agreed upon or shared about the existing case law and statutory provisions, and then move to decide the case before them on that basis. Consistency grounds this traditional public law process of ‘construction’; the courts identify the ‘true meaning’ of any particular case before engaging in the ‘good administration and execution of justice’ (for authorities on these mundane statements see Attorney-General v De Keyser’s Royal Hotel [1920] A.C. 508 (HL); Robertson v Minister of Pensions [1949] 1 K.B. 227; The Case de Modo Decimandi (1609) 13 Coke Reports 37). For example, the last cited case concerned whether a trial on an agreement for tithing was within the jurisdiction of the Common law Courts or the Ecclesiastical Courts. The Common law Court held that the good administration and execution of justice demanded that such a trial should occur under the common law (by jury) because both case law and parliamentary statutes, when properly interpreted, mandated such an approach. In other words, it was consistent with these provisions that the tithing obligation fall within the jurisdiction of the Common law Court.

Equal treatment is different to consistency. Equality of treatment is usually taken to demand that like cases be treated alike. That is, it is an axiomatic principle of democratic thinking that those similarly situated should be treated similarly to others in a similar position. This formulation necessarily enjoins to two separate aspects: an initial threshold of different treatment, followed by a rational assessment of whether or not this different treatment is justified. The initial threshold of differential treatment is the essence of equality of treatment; in other words, a concept of equal treatment amounts to identical treatment (Finnis, Natural Law and Natural Rights, (OUP: 2011), p.223). If A is treated to a chocolate ice cream, treating B equally demands that he also is treated to a chocolate ice cream. The treatment must be identical.

Recently in Gallaher the UKSC has addressed the status of consistency/equal treatment in administrative law. The Supreme Court held that while consistency was a generally desirable objective, domestic law did not recognise equal treatment as a distinct principle of administrative law (Lord Carnwath, para. 24). The case had to be judged by reference to ‘ordinary’ principles of judicial review, such as legitimate expectation and irrationality, and that in the circumstances the unequal treatment had been ‘objectively justified’ so was not irrational (para. 43).

Lord Sumption delivered a concurring judgment in which he stated that it is “important to not unnecessarily multiply categories” (the categories argument): “to say that a decision-maker must treat persons equally unless there is a reason for treating them differently begs the question what counts as a valid reason for treating them differently” (para. 50). In this light, the common law principle of equality was said to be “usually no more than a particular application of the ordinary requirement of rationality imposed on public authorities” (the irrationality argument) (para. 50).

Had the Court’s arguments been better explained, this might have afforded more reason to reject equal treatment as a ground of judicial review. Throughout the judgment we see no definitive statement about what consistency demands, other than the vague statement that it is an ‘important democratic principle’ or requires ‘treating like cases alike’. Its norm-setting function has also been called into question and, for this reason, Dr Joanna Bell has written that “the Supreme Court in deciding Gallaher seems to have operated from a limited understanding of its role in judicial review and of the values it is charged with protecting.”

This issue runs throughout the rest of the judgment. On the irrationality point, it is true that the other leading cases on equal treatment across a variety of different contexts indicate that considerations of rationality, either under the Wednesbury standard or otherwise, continue to be relevant: see Randhawa and Smyth.  Conceptually this also holds. Either two people have been treated identically and this is argued to be unlawful as ignoring relevant differences between the two (unjustified identical treatment), or two identically placed people have not been treated identically when arguably the law demands that they should have been (unjustified differential treatment). Either way, the need for rational justification is necessarily implicated. The concept of identical treatment is capable of doing no work in and of itself, because it is not valued in and of itself: it ignores the substantive considerations surrounding why we might value equality in the first place.

But from this, one cannot conclude that consistency does not have its own ‘free-standing’ space. In so far as the Courts continue in their application and development of the law, consistency will continue to have its own free-standing space. The same logic applies to Lord Sumption’s categories argument: one is only ‘unnecessarily multiplying categories’, if a new and separate category (such as equality of treatment) is being recognised.

Doctrinally, elucidating consistency as something shared is a useful way of rationalising the existing case law whereby there is said to be a duty on the relevant public body to follow the ordinary meaning of their own policies: see Hanna Wilberg’s post here. Understanding the ordinary meaning of the policy is something both the Courts and the administration can be said to share. Moreover, in a similar vein, In Re 56 Denton Road, Twickenham [1953] Ch. 51, Vaisey J accepted the proposition of Counsel as “well-founded” that:

where Parliament confers upon a body such as the War Damage Commission the duty of deciding or determining any question, the deciding or determining of which affects the rights of the subject, such decision or determination made and communicated in terms which are not expressly preliminary or provisional is final and conclusive, and cannot in the absence of express statutory power or the consent of the person or persons affected be altered or withdrawn by that body. (at 56)

This follows from the concept of consistency: the proposition requires that both courts and the administration share the same concern for the affected rights of the subject. There was no threat that consistency might be ‘multiplied’ as a category, then, but this case law was not mentioned by Gallaher.

So, consistency is already a ‘ground’ of review: consistency grounds judicial deliberation and exercise of the ordinary public law process of adjudication, together with the specific doctrinal rules which arise in the name of ‘sharing’ as a result. Equality of treatment, however, tells a different story. It occupies an ambiguous place between rationality review and identical treatment. The problem with Gallaher is that, by failing to elucidate the conceptual underpinnings of what it meant by ‘consistency’, its precedential value may be limited. Nonetheless, the jurisprudential message of the court in general is clear: if there are problems with existing grounds of review, this is an issue to be resolved by existing doctrine on such grounds. To this extent, Lord Sumption’s arguments are an apt warning to those who wish to elevate the existing status of equal treatment.

My thanks to Alison Young and Christopher Mckernan for comments on a draft of this note.

Samuel Ley is a University of Cambridge LLM candidate.