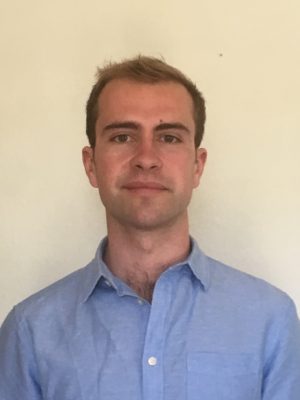 This blog analyses the legality of the Civil Legal Aid (Remuneration) (Amendment) (Coronavirus) Regulations 2020, which came into force on 8 June 2020  The regulations radically alter the renumeration available to lawyers who represent asylum seekers in appeals from decisions refusing to grant refugee status. They threaten the viability of legal aid provision and 66 MPs, including the Labour leader Keir Starmer, have signed an Early Day Motion seeking to annul the regulations. The immigration Bar has gone on strike and a major law firm has already indicated its intention to challenge the legality of the regulations.

Why all the fuss

Despite their name, the regulations have very little to do with the Covid-19 crisis. Instead, they are a response to the decision taken by the First Tier Tribunal to require all asylum appeals to be filed using an online ‘Core Case Data’ platform. The key change is that appellants are now required to ‘front-load’ the preparation of their appeal by providing a detailed skeleton argument and filing their evidence shortly after the appeal is issued. The idea is that the Home Office then have an opportunity to review the refusal decision and it is hoped that this will result in fewer appeals reaching a hearing. This is meant to be a permanent shift in how the appeal system works, rather than a temporary Covid-19 measure. Anyone interested in a full explanation and analysis should read the helpful statement issued by the Immigration Law Practitioners’ Association.

Legal aid renumeration for asylum appeals is based on two rules. Firstly, a rule setting a fixed fee for preparing the appeals. Secondly, a rule that once profit costs are three times greater than the fixed fee, the Legal Aid Agency will fund the case on an hourly rates basis. The level at which that occurs is known as the escape fee. The second rule is essential because otherwise law firms would never take on an asylum case because of the risk of profit costs enormously exceeding the fixed fee and resulting in a massive loss. The fees are small and reductions have led to the collapse of half the legal aid asylum providers since 2005, but until the present changes it just about worked.

The new regulations increase the fixed fee from £227 to £627. At first glance that looks like a generous increase, but of course the problem is that the escape fee has also tripled from £682 to £1880. That is a problem for law firms who represent asylum seekers for two reasons. Firstly, the range of cases for which they will make a loss has widened. Secondly, the value of those loses has increased; on any given case there is a risk of profit costs of £1879 but only being paid £627.

No one goes into legal aid law to make money, but law firms and law centres need to be able to pay the bills. Under the new rules, it is unlikely that they can while taking on a full range of cases. It will still be attractive to take on a very complex case which will sail past the escape fee, but a moderately complex case, involving significant credibility disputes but only limited argument about the country evidence, will be too much of a financial risk. Moreover, making judgments about complexity is itself fraught with uncertainty about how long it will actually take to prepare the appeal, which will force lawyers to be even more conservative when deciding whether to take on a case.

The consequence of this change to the arcane rules around legal aid renumeration is the prospect of asylum seekers having to conduct appeals without legal representation. Not only does that mean asylum seekers having to do all the legal tasks themselves, but also being deprived of evidence normally funded by the legal aid agency like scarring, mental health and country information reports. For many, and especially appellants who are not literate in English, effective participation in their appeal will be impossible.

In UNISON, the Supreme Court was prepared to strike down secondary legislation imposing unaffordable fees in employment appeals. Although the context for these regulations is very different, similar arguments could succeed here.

Firstly, in UNISON the Supreme Court endorsed the rules from R v Secretary of State for Social Security, Ex p Joint Council for the Welfare of Immigrants, that specific statutory rights cannot be “cut down” (in Lord Reed’s terminology) by secondary legislation passed under powers in a different Act. JCWI is closely analogous to the present case; the Court of Appeal struck down secondary legislation denying asylum seekers access to social welfare on the grounds that destitution would effectively prevent asylum seekers from accessing the asylum appeal system. Importantly, the court acknowledged that the denial of the statutory right was indirect and that its conclusion amounted to imposing an obligation on the executive to provide some form of social welfare to asylum-seekers. In the present context, the new legal aid rules indirectly undermine the right to appeal contained in Section 82 of the Nationality, Immigration and Asylum Act 2002 and in the same vein, there should be an obligation to provide some kind of legal assistance to make that right effective. A similar argument could be made relying on the constitutional right to access courts and tribunals.

In both UNISON and JCWI, the government defended its position on the grounds that the decisions were taken in the pursuit of legitimate aims. In both cases, the reasoning of the court acknowledged that although the government had a legitimate aim, it was using an excessively blunt instrument to achieve it and therefore causing disproportionate or unjustified interference with statutory and constitutional rights. For the present regulations, the government’s explicit aim in the Explanatory Memo to the regulations is simply to introduce a payment system for the new online appeal system. The regulations are justified as a temporary measure related to the Covid-19 crisis, but, as explained above, the change in appeal procedure is part of a long-standing reform and not directly related to the crisis. . The effect on access to justice appears to be inadvertent. Any intervention by the courts would simply be correction of an administrative mistake, rather than a rejection of a policy decision taken by the executive.

It might be considered inappropriate on an application for judicial review for the judiciary to be involved in making an assessment about whether the new rules would undermine the financial viability of providing representation in asylum appeals. Particularly, it might involve difficult judgments about the level of renumeration which is necessary to ensure that effective representation is provided to asylum-seekers. It would certainly be more complicated than the analysis about ineffective fee remission in UNISON, with the additional hurdle that the impediment to having an effective appeal is indirect. Striking down the regulations would involve the court undertaking more policy analysis than previous authorities and therefore the judiciary may be reluctant to engage with the issue.

In my opinion, there are good reasons for accepting evidence on and ruling on this difficult matter. Firstly, the actual assessment here is relatively straightforward. The new rules shift a huge amount of risk onto legal aid providers and it is fairly obvious that such large risks will be financially unacceptable to low-revenue organisations which provide asylum representation. This is not a finely balanced issue like deciding on the appropriate hourly rate. Secondly, the judiciary have considered the legal aid business model before in the context of access to justice (for example see Director of Legal Aid Casework v IS). Finally, in common with other access to justice cases it is simply necessary to properly consider the issue. Lord Reed’s foray into microeconomic analysis in UNISON might be thought to test the limits of judicial competence, but it is justified because it was the only way to properly assess the issue before the court.

Better not to leave it to the Tribunal

The alternative to judicial intervention would be to wait for the consequences to unfold in the asylum appeal system. One would hope that significant numbers of asylum appeals would simply not be allowed to progress by immigration judges on the grounds that it would be unfair to proceed with an unrepresented appellant. This would create a stand-off between the immigration judiciary and the Lord Chancellor. Sufficient disruption to immigration enforcement might lead to the government reconsidering its position, but it also might inspire a populist campaign against the judges. It would certainly cause significant hardship for refugees waiting to have their status through a successful appeal.

In any case, avoiding such visceral constitutional conflict is a good reason to deal with the issue through judicial review. Ensuring access to justice and protecting rights provided for by primary legislation are legal tasks which should be undertaken by the courts. The executive is entitled to deliver legal aid through complicated risk-sharing remuneration rules, but the courts are equally entitled to identify where unacceptable financial risks imposed on providers will undermine legal aid provision.

I am grateful to Professor Alison Young and Professor Michael Gordon for their helpful comments on a draft of this blog.