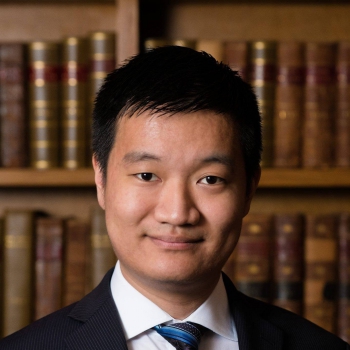 Since the Conservative government’s landslide victory in the 2019 general election, constitutional reform has been on top of its agenda. The most high-profile target of its attention has been the Supreme Court, whose performance came under sustained Conservative criticism during Brexit, most notably in Miller II/Cherry. Few details have so far been published about the Government’s constitutional reform plans, and it remains possible that these never reach fruition, especially in the face of concerted political opposition. Nevertheless, given the government’s considerable parliamentary majority and the high priority given to constitutional reform at the political level, it seems that the Supreme Court’s days might indeed be numbered. Hence, it is worth considering, without offering an opinion on the desirability of reforming the Supreme Court, some possible options for change.

The House of Lords

It has been suggested by government sources that the Supreme Court could be abolished and replaced by a revived version of the old Appellate Committee of the House of Lords, which was swept away in 2009 as part of Tony Blair’s constitutional reforms. Under that option, the ancient appellate jurisdiction of Parliament as the High Court of Parliament, abolished by the Constitutional Reform Act 2005, would be restored. Justices of the Supreme Court would receive life peerages and be appointed Lords of Appeal in Ordinary.

To critics of the Supreme Court, this option has a number of attractions. First, it is minimalist and would not involve major innovations: the pre-2009 status quo could be restored to a large extent simply by adopting the framework which existed in 2009 with suitable modifications. The old Appellate Committee enjoyed broad name recognition and a degree of institutional prestige through the common law world, and despite its unusual place within the upper house of the legislature, it was generally thought to have performed its role well. Indeed, a majority of the law lords at the time of its abolition supported its retention. Law lords could also contribute to debates concerning legal matters, which some law lords found objectionable on separation of power grounds, but which others found valuable.

Nevertheless, the option has a number of drawbacks. Firstly, the return to the pre-2009 status quo will necessitate the appointment of a large number of new judicial peers, which will do little to curb the growing size of the House of Lords. Based on past turnover figures, about a dozen law lords would be appointed each decade, not an inconsiderable number even within a house of almost 800 serving members. Although retired lords of appeal in ordinary could be barred from sitting in the Lords, as originally envisaged in Section 6 of the Appellate Jurisdiction Act 1876, it would seem unnecessarily churlish to bar them that way—which was indeed why the proviso for their exclusion from the Lords after their retirement was abolished in the first place.

Moreover, if the House of Lords is reformed, the law lords’ position would be called into question all over again. They could be retained in an elected House of Lords, but under that scenario their position would look even more anomalous that it did before 2009. Logistical issues will also arise if the government proceeds with its rumoured intention to relocate the House of Lords to York. Hence, unless one assumes that House of Lords reform is a non-starter (not an implausible outcome given the long history of failure to systematic projects to reconstitute the House of Lords), the return of the law lords can only be a temporary solution pending further reforms. Finally, it is likely that any return to the Appellate Committee will be challenged under Article 6 of the European Convention on Human Rights, which requires a court to be an “independent and impartial tribunal established by law”, which was one of the reasons for the creation of the Supreme Court by the Labour government in the first instance.

A second option which is often mentioned is to introduce a system of parliamentary hearings for future appointees or nominees to the Supreme Court. Such a system, it is argued, will increase transparency and democratic accountability of the justices who are appointed. Though the extremely politicised American nomination system is often mentioned, it is far from being the only possible system. Canada, for instance, has been successful in establishing a system of public parliamentary hearings which has avoided the extreme partisanship of the American hearings, though it has no power to block nominees. Another possibility is the inclusion of parliamentarians on the Judicial Appointments Committee, an idea mooted by Lady Hale of Richmond during her tenure as President of the Supreme Court.

However, the introduction of confirmation hearings is likely to politicise the Supreme Court further. Judges who have had their political views scrutinised and confirmed by elected representatives might understandably feel a greater sense of democratic legitimacy and become more willing to make decisions that are “political” in nature. There is also little evidence that such hearings lead to any useful insight as to the new justices’ views. In the United States, nominees are coached extensively and have become adept at affirming their commitment to ruling according to the Constitution while avoiding revealing anything substantial as to their views, and there is little reason to expect a different outcome in the British context. Finally, the proposal is likely to be opposed by the senior judiciary. Lord Reed of Allemuir has already indicated to Parliament he might resign if such a system were brought in, and others might conceivably follow his lead. Hence, nomination hearings, from a practical point of view, are a non-starter.

A final option is to merge the Supreme Court with the Judicial Committee of the Privy Council. This is not a new idea: indeed it has been repeatedly floated since the early nineteenth century, when Lord Brougham sought to reform the appellate system of the kingdom. More recently, it was one of the possibilities discussed in the run-up to the creation of the Supreme Court, though in the end it was decided to co-locate them and to share support services between the two bodies.

Though the JCPC is unfamiliar to many British lawyers, who think of it, if at all, as a vestigial created of the Royal prerogative whose function is to adjudicate appeal from small islands, it is in fact a relatively modern body, established by the Judicial Committee Act 1833, and which has had a domestic United Kingdom jurisdiction ever since, though most of them are rarely invoked. There is also modern precedent for assigning important domestic roles to the Judicial Committee: from 1998 to 2009 all cases arising under devolution statutes were adjudicated in the Privy Council, it being thought necessary to avoid any appearance of impropriety which could arise if disputes between Westminster and the devolved governments were adjudicated in the upper house of the Westminster Parliament.

In the context of the debate over the future of the Supreme Court, merging the Supreme Court and the Privy Council has a number of attractions as a compromise option. It would satisfy reformers’ desire to get rid of a Supreme Court whose name they consider antithetical to the principle of parliamentary supremacy, while its (faux) antiquity may help to blunt the sceptics who consider the very idea of a supreme court to be a New Labour constitutional aberration. To defenders of the status quo, meanwhile, the merger of the two bodies offers a minimalist option for reform, and will forestall calls for the restoration of the law lords—or indeed of statutory fetters on the UKSC’s jurisdictions, which has been mooted in certain circles. Finally, it will solve the issue of the status of the Privy Council, whose raison d’être is continually threatened by its shrinking overseas jurisdiction.

Finally, the membership of the Judicial Committee extends to any Privy Councillor who holds or has held high judicial office. This not only includes senior British territorial judges, but also distinguished jurists from the Commonwealth. The JCPC’s enlarged membership could enable more judges from Scotland and Northern Ireland to sit on appeals arising from their respective jurisdictions, assuaging criticisms, particularly from Scotland, that English judges can override decisions on Scots law made by the most senior Scottish judges. The eligibility of Commonwealth judges might also enable distinguished judges from other parts of the common law world to sit on occasion, enhancing the Court’s status in the common law world.

There are problems with the proposal, under which the Privy Council would perform both judicial and executive functions. However, similar arrangements in France and The Netherlands, where the Council of State is both the apex administrative law court and an executive body, have proved uncontroversial, provided the two functions are segregated from one another, and have survived ECHR scrutiny. Compared with the reintroduction of the law lords, this is a far more satisfactory situation.

In conclusion, all options for the reform of the institutional structure of the Supreme Court present various advantages and drawbacks, but in the face of a government with a large majority determined to “let bygones be top priority”, the maintenance of the status quo might not be an option. The Blair government’s proposals for the establishment of the Supreme Court were announced without any prior consultation, and with very limited judicial input. By contrast, the present government has made its intentions clear at an early stage, though the final form of the reforms remains to be seen. In order to avoid being overtaken by events, defenders of the Supreme Court as presently organised may find it necessary to engage meaningfully with the debate sooner rather than later.