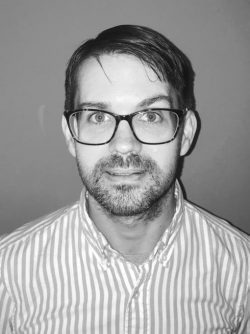 Arguments for and against a single written (or ‘codified’) UK constitution often revolve around flexibility versus rigidity or transparency versus opacity. Recently, another common objection is that it would just be inconvenient, or impossible given the current levels of polarisation. These objections are reasonable and legitimate, but they are hardly the full extent of the story. In fact, much room exists for a more principled stance: that implementing a single written constitution may just be unwise, and ultimately lead to a number of democracy-hindering downsides. In a forthcoming book I argue that single written constitutions have been drastically and persistently over-sold throughout the years, and compared to unwritten constitutions will not produce better democratic outcomes or help solve increasingly sophisticated societal problems.

Written constitutions frequently come with a variety of aspirations and expectations. Scholars have noted that such documents can educate and inspire the citizenry, ground ‘We the People’ into the Constitution, and entrench fundamental rights and principles. These devices have proven so unrelentingly popular that nowadays virtually every country possesses a single written document. Yet given the claimed merits of written constitutionalism, it is remarkable that the few countries that operate on an unwritten constitution are amongst the top performers on international indicators of freedom and democracy. Additionally, we don’t often hear about the complicated downsides of these documents. It is not just that they’re failing to make things better; in some ways they could actively be making things worse.

But more should be said about the potential downsides of these widely revered documents.

One of the major under-explored downsides of single written constitutions is the drafting of preambles. These constitutional preludes often contain language that advocates not adherence to any particular constitutional principles, but idolatry of the written document itself. For countries that adhere to questionable forms of democracy (or even openly flout democracy), preambles are often used to provide a veneer of legitimacy, employing ‘We the People’ rhetoric to hoodwink citizens into believing that the foundation of the constitution is built around them. Additionally, preamble language may also foment nationalism or enhance dangerous forms of patriotism. For example, Syria’s preamble notes that the country is ‘the beating heart of Arabism, the forefront of confrontation with the Zionist enemy and the bedrock of resistance against colonial hegemony on the Arab world and its capabilities and wealth’. Some preambles even contain material that suggests that the hand of God helped write particular constitutions (e.g., the Tunisia Constitution 2014), or that God’s wisdom contributed to its drafting (e.g., the Philippines Constitution 1987). Thus, it’s unsurprising that constitutional idolatry remains so rampant, given that many preambles actively encourage it.

Another issue with the drafting of single written constitutions is the somewhat bizarre method of articulating of judicial power. Given the wide growth of judicial authority since WWII, one would expect these awesome powers to be front and centre in any document. But they’re actually quite tricky to find. Although some may point to preliminary clauses declaring that ‘statutes contrary to the constitution will be void’, these clauses are highly problematic, as they usually don’t explain how statutes can be voided or which branch does the voiding. In fact some constitutions do not mention the fact that courts can strike down statutes, or that they often possess ultimate power to determine what the Constitution means, until well over half-way into the document. Thus, it’s no surprise that a portion of American citizens believe that 5-4 Supreme Court judgments are sent back to Congress, or that over half of those recently polled in South Africa didn’t know that the top court could strike down statutes. Whilst articulating the powers of the judiciary may not align with the ‘We the People’ rhetoric of such documents, Constitutions must do a better job of making these tremendous powers explicit, especially if they are to serve an educative function.

Although a number of writers have noted that written constitutions can be ‘inspiring’, strengthen citizenship, and bring government and citizens closer together, whether implementation may lead to any type of invigoration of the citizenry is highly questionable. In particular, one chapter in the book examines whether the implementation of single written constitutions have translated into higher citizen participation at the ballot box. A preliminary study on this topic reveals that after the implementation of new written constitutions, for whatever reason, voter turnout in a wide variety of jurisdictions noticeably dropped. Surprisingly, a number of states also experienced their lowest recorded post-World War II voter turnout after implementation. In some cases noticeable decreases were also found after the introduction of bills of rights and major constitutional amendments. Of course, voter turnout is a complex and multifaceted phenomenon that can change considerably from one election to the next. Nevertheless, if single written constitutions are designed to inspire citizens and strengthen citizenship, they don’t appear to be encouraging people to exercise their most significant democratic power: the public vote.

Finally, while protecting and upholding constitutional norms is a collective function within states that all citizens can participate in, widespread constitutional idolatry has decreased this collective focus, coalescing guardianship around one branch in particular: the judiciary. Justification for this enhanced role is often premised around constitutions being displayed in written form as a legal document. Suffice it to say judiciaries have embraced this enhanced role. Rather than acknowledging that other branches or institutions are better placed to resolve constitutional disputes or uphold constitutional norms, many judiciaries nowadays are becoming more adamant that they alone are the ultimate constitutional guardians. Legal scholars and journalists have also perpetuated this misguided idea. Whilst judiciaries do play a significant role, this overly paternalistic development is unhealthy for democracy, and downplays the critical roles of citizens, journalists, and other constitutional actors. After all, if states are going to succeed and thrive then they require active citizens willing to participate in and uphold the wider constitutional project; judiciaries alone cannot do this.

Accepting the human foundations of laws and constitutions

Perhaps nobody has expressed the human component of law as eloquently as Clarence Darrow, a prominent criminal lawyer in Chicago in the early 20th century. In making closing arguments during a case on 19 May 1926, Darrow said the following:

[F]inally they were given their liberty, so far as the law goes—and that is only a little way, because, after all, every human being’s life in this world is inevitably mixed with every other life and, no matter what laws we pass, no matter what precautions we take, unless the people we meet are kindly and decent and human and liberty-loving then there is no liberty. Freedom comes from human beings, rather than from laws and institutions.

Single written constitutions are human constructs, which are written, policed, and upheld by a variety of human actors. They do not fall from the heavens. If they are part of the solution going forward, then they are only a small piece of an extremely large and sophisticated puzzle. But more needs to be known about their under-explored downsides, and how idolisation of these documents can easily turn them into false gods. The adoption of a single written constitution for the UK is no guarantee to improve anything; in fact, it may make things even worse.

I wish to thank Richard Kirkham for comments on a previous draft of this post.

Brian Christopher Jones is a Lecturer in Law at the University of Sheffield.