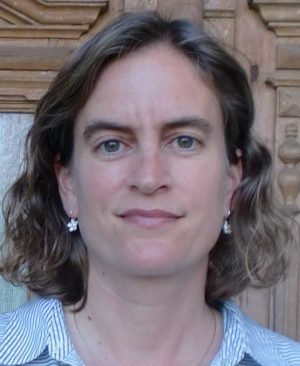 In R (Gallaher Group Ltd) v Competition and Markets Authority  the Supreme Court ruled that UK domestic law “does not recognise equal treatment as a distinct principle of administrative law.  Consistency … is a ‘generally desirable’ objective, but not an absolute rule.” (para 24).  It took the view that issues of consistency generally arise as aspects of the irrationality ground (paras 26, 50).  This ruling has been seen as putting in doubt the previously established duty to decide consistently with relevant policy guidelines.  In this post, I will show that the scope of the ruling does not extend this far.

The problem is that we have so far failed to distinguish between two versions of a duty of consistency.  The first is the established duty to decide consistently with relevant policy guidelines unless there is good justification for departing from them.  This is closely related to substantive legitimate expectations arising from policy guidelines, and is the better explanation in cases where the claimant was not aware of the policy guideline that is relied upon (Mandalia v Secretary of State for the Home Department, [29] and see Mark Elliott’s blog).  The second version is a duty of equal treatment that may have been developing prior to Gallaher: a duty to decide individual cases consistently, even in the absence of relevant policy guidelines, unless there is good reason for treating them differently.

As I read it, the rejection of the duty of consistency in Gallaher concerns only the latter form of the duty.  The former is supported by much authority, and is untouched by Gallaher.

The claimant in Gallaher complained that the Office of Fair Trading had given favourable treatment to another party, but denied the same treatment to the claimant.  The context was an investigation into price fixing.  The claimant was one of several parties who had entered into early resolution agreements, admitting fault and paying reduced penalties.  One other such party had then been given the benefit of a successful appeal by a third party, receiving a refund of penalties paid.  This was contrary to policy, and was not extended to others, including the claimant.  The reason for the favourable treatment of the other party was an assurance to that effect which the authority had (erroneously) given to that party, but not to the claimant.

The point for our purposes is that neither the assurance nor the favourable treatment were required by the applicable policy guidelines.  The complaint was not that the authority had failed to apply relevant guidelines to the claimant, but that it had failed to accord the claimant the same special treatment as the other party.

There is one qualification which complicates the analysis, but I suggest does not ultimately detract from the point I made in the previous paragraph.  The claimant did rely on one policy guideline, namely an express policy of equal treatment.  The Court dealt with this very briefly and rather inconclusively.  It accepted that this policy may have given rise to a legitimate expectation that the claimants would be treated equally and hence would be given the same assurance as the other party, but it did not consider this provided any basis for a remedy (paras 29–30, 42): “grounds for administrative complaint do not necessarily add up to a cause of action in law” (para 42).

This brief section of the judgment should not be read as rejecting the duty to decide consistently with policy.  The better explanation is that the policy of equal treatment was not the kind of policy that gives rise to this duty.  We might say it was too vague, general and aspirational to give rise to a legitimate expectation (only clear and unambiguous representations have that effect: In re Finucane , para 62), and for the same reason also cannot give rise to the related duty of consistency.  Or we might put it this way: since the Court held that equal treatment is a general principle of good administration that is not enforceable in its own right except as part of rationality, it would be odd if this principle was converted into an enforceable standard by virtue of being spelled out in policy guidelines.  In short, therefore, everything in the case still turned on the Court’s view of the duty of equal treatment version of the duty of consistency.

My argument is that this reading of Gallaher should be rejected, for three reasons.  The first reason is that the duty that was actually at issue in the case was a duty to decide individual cases consistently, rather than a duty to apply policy, as I have already outlined.  A narrower reading of the decision, confined to rejecting that form of the duty, is therefore at least available.  And this is further supported by the remaining two reasons.

Putting these first two points together, it would be very odd to treat a case that did not concern a departure from policy as tacitly overruling an established line of authority in favour of a duty to apply policy.  The obvious reason why these cases were not mentioned is that they were not relevant to the issue before the Court, and the decision therefore does not overrule them.

The third and final reason concerns the normative difference between the two forms of the duty.  Admittedly, both forms of the duty can be justified by reference to the value of consistency – or to put it the other way around, the value of avoiding arbitrary use of public power, which is an aspect of the rule of law (see Harry Woolf and others, De Smith’s Judicial Review, 8th edn (London, Sweet & Maxwell, 2018), [12-042]).  However, the argument is stronger for consistency with policy, as I will show.  Conversely, there is a stronger objection to a duty of consistency between individual decisions, unless it is confined to review for unreasonableness.

The main objection to a duty to decide individual cases consistently concerns the extent to which it impinges on the merits of the impugned decision.  It requires courts to decide which differences between individual cases are significant and hence justify different treatment, and which differences are immaterial.  These questions arguably go to the heart of the merits.  Of course, inconsistency could still be recognised as a distinct head of review, but one that does no more than to trigger deferential rationality review of the justification for the different treatment: see Mark Elliott, ‘A “Principle” of Consistency? The Doctrinal Configuration of the Law of Judicial Review’ [2018] Cambridge Law Journal 444, 446-447.  It is not clear that the Court turned its mind to this option.  Perhaps the concern remains that a distinct head of review will tend to encourage more intensive review: an obligation to justify is usually triggered by interference with important values or principles, and tends to involve a spectrum of review that stretches close to correctness review (see R v North and East Devon Health Authority ex p Coughlan).

This concern about merits review is much less applicable to the duty to apply policy.  Courts here are merely interpreting and applying rules (those formulated by the authority itself) – a familiar task.  That is very different from the task of having to identify their own criteria for comparing the individual cases in question.

Further, a duty to decide individual cases consistently may also be in tension with authority on legitimate expectations based on a practice.  A legitimate expectation arises only where a practice is so well established that it can reasonably be expected to continue (Council of Civil Service Unions v Minister for the Civil Service, 401, 408).  Yet a duty of consistent treatment applies even where the prior decisions relied on were limited to one single decision or a small handful of decisions.  This objection does not apply to the duty to apply policy.

Not only are there stronger objections to a duty to decide individual cases consistently than to the duty to apply policy.  Conversely, the arguments for the latter duty are also stronger.  A further rationale for this duty, in addition to the general value of consistency, is a non-reneging principle that also underpins legitimate expectations in this context: courts should expect public authorities to do as they said they would, unless they have good reasons not to do so (see Shona Wilson Stark, ‘Non-fettering, Legitimate Expectations and Consistency of Policy: Separate Compartments or Single Principle ?’ in Varuhas and Wilson Stark (eds), The Frontiers of Public Law (Hart, 2020)).  Policy guidelines are, after all, adopted for the very purpose of promoting consistent decision-making (Urmaza, 484).  It is a serious departure from good administration to simply ignore or disregard such guidelines.

In conclusion, there is no good reason to read Gallaher as rejecting the long-established duty to apply policy: it neither concerned nor touched on that version of the duty of consistency, and that version is much more readily defensible.

My thanks to Shona Wilson Stark for comments on a draft of this note.  Any remaining errors and omissions, as always, are mine.

Hanna Wilberg is an Associate Professor at the University of Auckland Law Faculty.