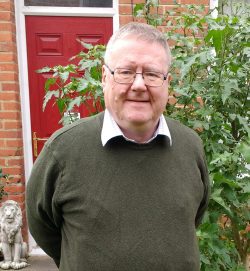 The decision in Miller 2 has been described by Martin Loughlin as effecting a paradigmatic shift in constitutional law, displacing constitutional review based on common law reasoning of case law and precedent to one based on some overreaching framework of constitutional principles of which the Court acts as guardian.

Loughlin’s description of two conflicting conceptions of law mirrors to a significant extent many aspects of the well-rehearsed (and well-worn) Hart-Dworkin debate. However, in jurisprudential terms, Miller 2 also serves to bring to the fore with almost startling relevance three further aspects in legal theory.

The first of these is Llewellyn’s perspective on legal reasoning in appellate cases. Llewellyn’s statements that “What … officials do about disputes is, to my mind, the law itself” and that “rules are … important … in so far as they help … see or predict what judges will do or so far as they help … get judges to do something. … That is all their importance, except as pretty playthings” (The Bramble Bush: (1951) ed, at 12 and 14 respectively, emphasis in original) have been subject to almost tidal waves of criticism over the years, not least by HLA Hart himself. Much of that criticism, however, took those statements out of the true context in which Llewellyn intended to make them.

Llewellyn’s comments reflect the vital importance of understanding the institutional context in which individual judicial decisions are made and in which the reasons for those decisions are given.  Within that context, it becomes important to ascertain the underlying, but often unspoken, factors, in assessing the significance of any particular judicial decision. As emphasised by Llewellyn in Präjudizienrecht und Rechtsprechung in Amerika (1933) (republished in English in 1989 as The Case Law System in America, ed. P Gerwitz, trans. M. Ansaldi) and amplified in almost poetic terms by Llewellyn in The Common Law Tradition (1960), the use of precedent in common law cases provides judges with both leeways and constraints by which courts do not “apply” rules but either expand or contract them in what is essentially a ‘Janus-faced’ creative process (see §§52-56 of Case Law at 72-81). There is also considerable leeway in deciding how the facts of a case are to be interpreted (§42 at 52-54).

Aileen McHarg has noted the clothing of novelty of reasoning in the garb of ostensibly inevitable logical reasoning in the joint judgment of the court given by Lady Hale and Lord Reed in Miller 2. Of equal importance, however, from a legal theory perspective (and closely allied to Llewellyn’s perspective on appellate case-law as set out above), is the need to recognise that the use of such devices cannot be satisfactorily accounted for by any ‘formalist’ closed method of deductive syllogistic reasoning which leads to an inevitable conclusion. Nor, for that matter, can any “one right answer” thesis. as advanced by Dworkin, stand up to scrutiny, given the stark difference between the reasoning and conclusion in the unanimous judgments of the Supreme Court, on the one hand, and of the Divisional Court, comprising the Lord Chief Justice, the Master of the Rolls and the President of the Queen’s Bench Division on the other.

The third aspect of legal theory referred to above relates to the indeterminacy which Hart recognised may operate at the margins of his secondary ‘Rule of Recognition’, the ultimate rule by which the validity of a law is determined. This aspect has a particular and striking relevance to Miller 2. Loughlin notes the assertion by Sir Stephen Sedley (London Review of Books, 10 October 2019) that the decision in Miller 2 has “… re-lit one of the lamps of the United Kingdom’s constitution: that nobody, not even the Crown’s ministers, is above the law.” This assertion suggests that the decision unequivocally maintains and upholds the ‘Rule of Law.’ However, the term ‘The Rule of Law’ can in this context be used too glibly.

Hart’s comments at the end of Chapter VII on Formalism and Rule-Scepticism in the Concept of Law emphasise the indeterminacy of his ‘Rule of Recognition’, which is essentially a rule of convention:

The truth may be that, when courts settle previously unenvisaged questions concerning the most fundamental constitutional rules, they get their authority to decide them accepted after the questions have arisen and the decision has been given. Here all that succeeds is success. It is conceivable that the constitutional question at issue may divide society too fundamentally to permit of its disposition by a judicial decision … But where less vital social issues are concerned, a very surprising piece of judicial law-making concerning the very sources of law may be calmly ‘swallowed’. Where this is so, it will often in retrospect be said, and may genuinely appear, that there always was an ‘inherent’ power in the courts to do what they have done. Yet this may be a pious fiction, if the only evidence for it is the success of what has been done. (at 153)

In what Aris Georgopoulis has described as the “melting of constitutional glaciers” in relation to the prerogative powers of government as evidenced by the decision in Miller 2, Hart’s description of indeterminacy in relation to the ‘Rule of Recognition’ is particularly apposite. Llewellyn showed that there was no inevitability in the underlying reasoning behind the Supreme Court’s decision in Miller 2. Nor is there any inevitability in the acceptance of a decision of the nature of Miller 2, as Hart cogently argues. This ultimately must be a decision for parliament and the electorate it represents. Llewellyn and Hart were there well before us.

With thanks to Simon Lee, Paul Catley and Carol Howells. The usual disclaimer applies.