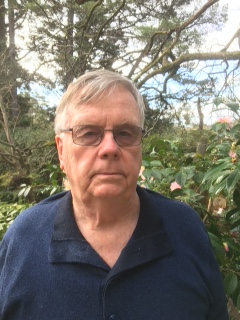 The best Constitution in the world has, through its highest court, over-reached in two fundamental ways: it has founded its constitutional thought on a slipping meaning of ‘Parliament’ – its most important constitutional word.  And it has failed to understand history.  By this second claim, I do not mean that the history it has chosen, one way or another, is wrong.  I mean, it has failed to understand history itself.  No human thought of any sort can exist except in history: the Supreme Court has left the Constitution hanging in an ahistorical nonsense.

A partnership of powers?

In Miller (2) /Cherry (at [90]) the Court described the executive power as the junior partner and Parliament as the senior partner in the British Constitution.  But this was a muddled thought: the sovereign is Parliament, which is singular not a partnership.  It does, of course, have parts.  Putting the Queen aside for this discussion, Parliament consists of two parts, the legislature and the executive.  But these are parts, not a partnership.  This is because a partnership is always of principals, and these two powers are not principals.  Parliament itself is the sovereign and the principal.   The confusion does not stop there.

Though there is no issue of partnership, there is one of relative mastery or sovereignty. For example, Parliament gives or withholds confidence as to a particular ministry (a particular executive), and insofar as it does this, it is the executive power’s master not its partner. But is there also an issue of mastery between executive and legislature? The Supreme Court (in the “partnership” passage at [90]) described a grafting between Parliament and the executive upon which it was improbable that ‘those two parties had the intention or expectation that ministers, constitutionally the junior partner in that exercise, could subsequently remove the graft without formal appropriate sanction from the constitutionally senior partner in that exercise, Parliament.’ The executive power is junior, but junior to what?

We can easily compare Parliament-the-legislator with the executive, and conclude that Parliament-the-legislator is the ‘senior partner’.  But here it is obviously the word ‘Parliament’ that is carrying the conclusion, and this it cannot do.  The Court’s reasoning towards this partnership fails on two grounds.  First, having introduced Parliament to the proposition of partnership it has introduced the sovereign who is no-ones partner.  And second, having introduced the word ‘Parliament’ to one side of its equation it must do it for the other: its comparison thus becomes one between Parliament the legislator and Parliament the executive supervisor, upon which it is impossible to declare one the senior partner over the other: they jointly constitute the single sovereign.

It is only when we delete the word ‘Parliament’ from both sides that we can begin to get a proposition logically capable of being examined: the legislative power, we would then say, is senior partner over the executive power.  But no, the reasoning can’t stop there; since the powers are parts of the sovereignty – not partners or principals – we must also excise the word ‘partner’, leaving our proposition as: the legislative power is senior to the executive power.  And what on Earth can that mean?

The rule of recognition and the absence of executive power

In 1961 in The Concept of Law Professor Hart of Oxford University taught us all to think of law not as the command of a sovereign – John Austin’s definition of law that had held sway for over a century – but as that which is identified by a fundamental rule of recognition.  This is, as the Court in Miller (2)/Cherry put it: ‘the fundamental rule by reference to which all other rules are validated’ (60).  But Hart’s rule of recognition does not identify the executive power.  It identifies the law or rule of executive power, but not the power itself.  In this fact there is much now to be said for the theoretical superiority of Austin’s sovereignty, which identifies the sovereign executive as well as the sovereign legislature.  This is a crucial constitutional fact, for only the executive power makes history.

Is the rule of recognition the foundation of the nation?  No.  All it does is identify rules of law: it is the foundation, essentially of legislative power.  The real foundation of the nation is its executive power – a fact that Austin’s idea of sovereignty can easily grasp.  It is a universal juridical fact that there is no legislative power without its being instituted; and its institution is always an act of sovereign executive power.

We must also say that the foundation of a nation is its history.  But then we say the same thing, for the nation’s executive power is its history – a thing that most certainly cannot be said of its legislative power.  To demonstrate this let me compare two items of history: Magna Carta and Brexit.  Magna Carta, let’s say, was a kind of legislation – from which fact we can see that legislation features in history – but the determining history was the executive power behind the charter.  This was in the first place the power of the barons (executively) rising against the king’s (executive) tyranny.  In the longer historical view it was the beginning of the peoples’ executive movement into a history that in the end became their incorporation into the executive power of the free and lawful state of the United Kingdom.

So for Magna Carta, so for Brexit.  It was the same power that founded Brexit.  When the people voted for Brexit they did not vote for a certain piece of legislation, they voted for the executive act of leaving Europe – the beginning, as they saw it, of a new phase of intended history.  This vote was the vote of the people continuing (executively) their movement of their history.  Certainly, Miller exposed the fact that there was much legal detail, legislative and executive, that needed sorting out, but we cannot avoid the conclusion that in it the judges lost the broad historical sense of what they were doing.  The detail needed sorting out but the lawyers and the Court itself were not needed.  A ruling correct to the nature of history would have been: the Court declines jurisdiction, leaving Parliament to its historical legislative and executive responsibilities.  Instead, the Court hijacked history, and packed it into a mass of legal argument.

And when you get stuck in a certain way of thinking, where can you go but forward?  And so the Supreme Court held in Miller (2)/Cherry that sovereign prerogative powers (Professor Tierney’s admirable term) were answerable to law.  In doing this, it committed the obvious logical error of holding that the sovereign executive power that creates law is answerable to law.

It is, of course, answerable to law in a secondary sense.  It is true, as I said earlier, that the executive power is subject to the legislated law, whose possibility it creates.  If it were not, it would be neither law nor an act of freedom.  Essentially, the executive power and its history is free (in the Kantian way I’ve described).  And in this primary sense of freedom, it is the executive power that moves history. And what a travesty it is of this freedom, and of its history, when the legislative power, encouraged by the Court’s new theories, attempts to turn its executive creator into its servant – and worse, into its programmed robot.