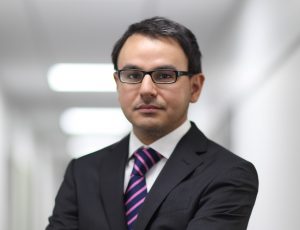 Editors’ note: The blog is now on holiday for the month of August. The editors will be pleased to receive new submissions from Monday, 2 September.

The Government and Parliament have again clashed over Brexit. The Prime Minister, Boris Johnson, will not rule out prorogation of Parliament as a means of achieving Brexit on 31 October. At the same time, on 24 July the Northern Ireland (Executive Formation etc.) Act 2019 was passed, with the then Government under Theresa May unsuccessfully opposing amendments that appeared to impose legal restrictions on prorogation. Dramatic scenes unfolded during the Bill’s passage. The media headlines were equally dramatic. The Guardian reported: “MPs pass amendment seeking to thwart no-deal Brexit prorogation”. And the BBC: “Brexit: MPs back bid to block Parliament suspension”.

Opponents of prorogation have welcomed the 2019 Act and the legal restrictions on prorogation that it is thought to impose. I will suggest that this enthusiasm might need to be tempered. I will first discuss (1) a concern about the text of the 2019 Act. Given its precise wording, what the Act requires may be more contentious than generally thought. I will then consider (2) a possible problem stemming from the passage of the legislation through Parliament – specifically, a problem relating to Queen’s Consent.

Northern Ireland has been without a devolved government for over two years following a political breakdown between the Democratic Unionist Party and Sinn Fein in January 2017. Attempts to restore the power-sharing government in Stormont have been unsuccessful. The 2019 Act seeks inter alia “to impose a duty on the Secretary of State to report on progress towards the formation of an Executive in Northern Ireland”.

The reporting obligations are imposed on the Government under Section 3 of the 2019 Act. The text was heavily amended during the Bill’s passage through Parliament. Several progress reports are required before 31 October. The Government is required to publish a report “on or before 4 September 2019” (Section 3(1)), and another report “on or before 9 October 2019 and at least every fourteen calendar days thereafter” (Section 3(5)). In addition, Section 3(2) requires the Government to move a motion on each progress report in the Commons and Lords, and under Section 3(3) this must be done within five calendar days following the report’s being laid before Parliament.

Section 3(4) was viewed as a critical insertion during the legislation’s passage. It provides as follows:

If, as a result of Parliament standing prorogued or adjourned, a Minister of the Crown cannot comply with the obligations in subsection (2) or (3), a proclamation under the Meeting of Parliament Act 1797 shall require Parliament to meet on a specified day within the period within which compliance with subsection (3) is required and to meet on the five following days (other than Saturdays, Sundays or a day which is a bank holiday in the United Kingdom or in any part of the United Kingdom) to allow for compliance with subsection (3).

In Parliament the debates and voting on this provision set off fireworks. The Government unsuccessfully opposed the insertion of this provision in a Commons vote on 18 July, and in a Lords vote on 22 July.

At first blush the 2019 Act indicates that Parliament is to meet during September and October, in spite of possible prorogation, to discuss the Government’s progress reports on the formation of a Northern Ireland Executive. As a result, the 2019 Act has been universally welcomed by opponents of prorogation who view it as an important step towards legally restricting Parliament’s suspension. As we shall see, however, things may not be entirely straightforward.

(1) Uncertainty about what the 2019 Act requires

The first – and I think the main – problem is that it is unclear whether Section 3(4) makes mandatory the very issuing of a proclamation that Parliament meet. Section 3(4) provides only that “a proclamation under the Meeting of Parliament Act 1797 shall require Parliament to meet …”. It is not unequivocally clear that this obligates the Queen to issue a proclamation in the first place. It may simply be confined to imposing a requirement about the content of a proclamation – whether or not one is issued. There is some residual play here on which the Government might rely. To emphasise the point, consider the following two possible additions to Section 3(4):

The fact that either italicised phrase may be inserted – that neither seems to do violence to the existing text – draws out the uncertainty.

The worry, then, is that opponents of prorogation may have snatched defeat from the jaws of victory. Hilary Benn MP (Labour) was, alongside Alistair Burt MP (Conservative), a lead sponsor of what became Section 3(4). Speaking in the Commons in support of its insertion, Benn cited existing legislation obligating Parliament to meet in spite of its being prorogued: the Civil Contingencies Act 2004 and the Reserve Forces Act 1996. The difficulty is that these statutes do impose a clear obligation on the Queen to issue a proclamation. According to s 28(1) of the Civil Contingencies Act 2004:

If when emergency regulations are made under section 20 Parliament stands prorogued to a day after the end of the period of five days beginning with the date on which the regulations are made, Her Majesty shall by proclamation under the Meeting of Parliament Act 1797 (c. 127) require Parliament to meet on a specified day within that period.

If, when a recall order is made, Parliament is separated by an adjournment or prorogation which will not expire within 5 days—

(a) a proclamation shall be issued for the meeting of Parliament within 5 days; …

In these two instances, an obligation is imposed on the Queen to issue a proclamation – as well as a requirement about the proclamation’s content.

This would align with previous legislative examples. But the suggestion was not taken up, perhaps for political reasons. A further amendment would require further approval – prolonging parliamentary Ping-Pong – and additional votes could be politically risky, at least in the Commons. There may also, or instead, have been a concern about securing the Bill’s passage before the parliamentary recess commencing 25 July. (Royal Assent was granted on 24 July.)

If the matter were litigated, opponents of prorogation would probably point to Hansard, indicating that the concern set out above did not in fact trouble parliamentarians and that there was instead a general understanding that what became Section 3(4) would legally restrict prorogation. Nonetheless, judges are obligated to apply the law that was made, not the law that law-makers thought they had made.

(2) The prerogative and Queen’s Consent

I have suggested that the text of the 2019 Act does not straightforwardly establish a relevant legal restriction on prorogation. This is the main worry. But there is also a further curiosity about the legislation’s passage, and it concerns Queen’s Consent. According to Erskine May (25th edn 2019), “Bills affecting the prerogative … require the signification of Queen’s consent in both Houses before they are passed” (para 9.6). Queen’s Consent is separate from and additional to Royal Assent. Queen’s Consent is a matter of House procedure, and is nowadays signified at a Bill’s Third Reading (see eg the guidance of the Office of the Parliamentary Counsel, Chapter 5). The rule is of the two Houses’ choosing; nothing stops the Houses from deciding to do things differently in the future. The rule’s justification, examined elsewhere, is doubtful (see eg written evidence provided to the House of Commons Political and Constitutional Reform Committee’s 2014 report on “The impact of Queen’s and Prince’s Consent on the legislative process”).

Exactly when Queen’s Consent is required is not always certain. According to the Cabinet Office’s Guide to Making Legislation (2017), “[i]t is not always easy for Bill teams to spot where Queen’s … consent may be needed” (para 18.3).

Queen’s Consent was not sought during the passage of the Northern Ireland (Executive Formation etc.) Act 2019. On one reading this strengthens the view that the 2019 Act does not in fact impose a legal duty on the Queen to issue a proclamation summoning Parliament. If it did impose such a duty, it would be prerogative-affecting because it would confine the Queen’s power to prorogue Parliament by imposing a duty that she exercise the power under certain circumstances. It would, on this view, be no different from other  instances where a Bill proposing a restriction on the exercise of a prerogative power required Queen’s Consent – eg the Bill that became the Lords Spiritual (Women) Act 2015, which was deemed to be prerogative-affecting in requiring that, for a ten-year period only, vacancies for Church of England bishops in the Lords (Lords Spiritual seats) were to be filled by eligible female rather than male bishops. (Other examples are listed in Appendix A of the Office of the Parliamentary Counsel’s guidance.)

One difficulty should be acknowledged, however. Hansard reveals that Queen’s Consent was not sought during the passage of the Reserve Forces Act 1996 as well as the Civil Contingencies Act 2004 – despite their containing provisions clearly imposing a duty on the Queen to summon Parliament when prorogued. Perhaps this was an oversight – ie Queen’s Consent should have been sought in both these cases. Mistakes can of course be made. (It should be noted that a Bill approved by both Houses and receiving Royal Assent establishes a valid Act of Parliament even absent full compliance with House procedure such as Queen’s Consent.) Alternatively, perhaps such variation in the passage of Bills simply reflects the fact that the rule on Queen’s Consent is sometimes of indeterminate application.

Overall, we should be cautious about reading too much into the failure to seek Queen’s Consent during the passage of the 2019 Act. It does appear that uncertainty afflicts the operation of this rule; thus, we do not know why Queen’s Consent was sought for certain limited restrictions on the exercise of prerogative powers (eg the Lords Spiritual (Women) Act 2015) but not others (eg the Reserve Forces Act 1996). Still, in the case of the 2019 Act, opponents of prorogation should be aware that the Government may draw attention to this omission in furtherance of its argument that the 2019 Act simply does not impose relevant legal restrictions on the prerogative power of prorogation.

Although much confidence has been placed in the legal implications for prorogation of the Northern Ireland (Executive Formation etc.) Act 2019, the text of the legislation – and its passage – should be more closely scrutinised. If the Government moves to advise the Queen to prorogue Parliament, it will undoubtedly provide legal advice from the Attorney General. Opponents of prorogation can be better prepared if they understand all the lines of argument on which the Government may rely.