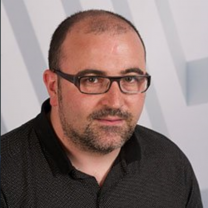 The constitution ‘is no more and no less than what happens’. So wrote Professor John Griffith in the 1978 Chorley Lecture, ‘The Political Constitution’, which was later republished in the Modern Law Review in 1979. It was not the first time that Griffith dangled this tantalizing aphorism before his readers, but it was this lecture that saw it melt into the vocabulary of public law. It might seem trite to spotlight this aphorism from what is a rich and intricate lecture full of important insights as well as memorable phrases. However, as we see it, constitutional practice over the last three years —or, for that matter, the last three months, the last three weeks, or even the last three days—underscores the continuing relevance of Griffith’s insights into the complex and contingent nature of the relationship between law, politics and the constitution.

In the forty years since 1979, Griffith’s lecture has unquestionably become, in Thomas Poole’s words, ‘one of the key texts of late twentieth century UK public law scholarship’, and one that is today ‘a founding text of an influential style of public law thinking’. Its appeal is manifold. It is a window into the complexity of its author’s constitutional thought; it encapsulates many of the themes of what Martin Loughlin, in Public Law and Political Theory, described as ‘the functionalist style in public law’; and it offers a riposte to those agitating for constitutional reform, whether in the late 1970s or today. But much of the lecture’s appeal lies in its many contradictions. It seems to represent both an end and a beginning. It signalled an end to a historic, customary ‘political constitution’ that rested on consensus and the shared sympathies and similar impulses of a closed group of political elites. It anticipated instead an agonistic ‘political constitution’ that might be said to find expression in the hyper-politicized constitutional moment in which the UK currently finds itself; a period distinguished by political conflict within as well as between parties, where populist dynamics threaten to skewer party politics, where law agitates to supplant politics, and where long-standing constitutional shibboleths seem vulnerable to being upended.

Griffith’s lecture, in this way, is also both time-stamped, yet timeless. It is clearly a product of the political and social divisions and emerging constitutional debates of the 1970s, with Griffith’s thesis constructed on a canvass that clearly reflected his own intellectual and personal development in a life that spanned most of the twentieth century. The constitutional landscape and intellectual terrain have changed considerably in the 40 years since the lecture. Yet this lecture draws on and develops themes of politics, law, democracy and authority that have been (and continue to be) the source of fresh and novel insights divorced from the particular political context within which the lecture was situated.

For all of its contradictions, and possibly in part because of them, Griffith’s lecture has become a classic text, in the sense of being one that rewards close study, which affords special insights into complex phenomena, and which—at least at one point in time— challenged orthodox viewpoints. It is for this reason that we sought to devote, in a special edition of the King’s Law Journal, to the task exploring—forty years on—the meanings, insights, limits and legacies of Griffith’s lecture. The articles in this special edition were presented at a workshop in September 2017 at the University of Sheffield funded by the MLR Seminar Fund, the School of Law at the University of Sheffield, and the Law School at Strathclyde University. We are very grateful to the contributors and the other participants at the workshop for joining us in reflecting on the meanings and legacies of Professor Griffith’s lecture. We also thank Keith Ewing, in his capacity as General Editor of the journal, for extending to us responsibility for this collection.

Of course, given the degree of attention that it has received during those forty years it might be thought that there is nothing more to be said about Griffith’s lecture. This would be wrong, in our view. There is no evidence that this lecture has grown stale. On the contrary, and illustrated by the essays gathered here, it continues to be a source of fresh inspiration and new insights. In part, the lecture’s capacity to generate important insights lies in continuing debates about its meaning and place within the canon of public law scholarship, with different views on how much weight should be placed on not only what was written but why it was written. This is illustrated by the powerful essay that opens the collection, where Martin Loughlin supplies a scorching critique of subsequent generations of so-called ‘political constitutionalists’ for neglecting and (in turn) distorting the complexity of Griffith’s intentions when delivering this lecture. Amongst the tasks of a reader of a classic text is to recover the author’s intentions, which can then be a source of rich insights, as ably demonstrated by Paul Scott’s essay that takes as its starting point the conceptualisation of faith and authority in Griffith’s lecture. But recovering of an author’s intentions is not the only valuable task, especially for a classic text such as this which has become almost an ‘authorless text’. Mark Hickford, for example, takes the lecture, and in particular its concern with the realities of power as revealed through time, as the starting point of an intriguing methodological turn towards historicity. In Michael Gordon’s essay it is Parliamentary sovereignty, a constitutional fundamental that is curiously absent from the lecture itself, that nevertheless is said to be the central organizing principle of the political constitution advocated by Griffith; a constitutional fundamental, Gordon says, that is threatened by its implication in the 2016 referendum and its aftermath for the way it has become de-coupled from the constitution as a working reality and that instead is asserted and defended in abstract – and, for that, in apolitical – terms.

We are conscious that some might doubt the continued relevance of this lecture given that, over the past 40 years, Griffith might be said to have ‘lost the argument’. Faith in politics, and more generally in government, has diminished at the same time as many of the reforms that Griffith so strongly opposed have come to pass (such as a statutory bill of rights, the creation of a Supreme Court and devolution to the nations). What is more, the very function of politics arguably has been transformed in important ways by new public management reform and the rise of the regulatory state. However, rather than concede the political constitution to these reforms, a number of the essays in this special issue explore the challenges that a changing constitution poses. These essays suggest that Griffith’s lecture, and the school of political constitutionalism that it might be said to have stimulated, hold potential for new, more constructive understandings of the collaborative (rather than antagonistic) relationships between the institutions of government (as argued by Aileen Kavanagh in her contribution) or the relationships between political constitutionalism, political ideology, and the right (as Graham Gee argues in his essay). In their co-authored contribution, Marco Goldoni and Chris McCorkindale argue that a reflexive understanding of what precisely is political about political constitutions might lead us to think about the activity of politics beyond its traditional institutional forms. Together these essays explore what Keith Ewing terms the ‘resilience’ of the political constitution in the face of the constitutional reforms and changing political dynamics that have taken hold in the forty years that have passed since the lecture’s publication.

Some might worry that there is a risk in public lawyers becoming too wedded to any given text, whether Griffith’s Chorley Lecture, Dicey’s Introduction to the Study of the Law of the Constitution or, more recently, Tom Bingham on The Rule of Law. To be sure, with any classic text, there is always a danger of overstating its importance, and in so doing narrowing the range of intellectual inquiries pursued by later generations of public lawyers. There can be a tendency for students of a classic text to become (as Alasdair MacIntyre put it in The Tasks of Philosophy), ‘inhabitants’ of the text’s ‘conceptual world’, with the result that ‘their enquiries are no longer about the ends of life, even when these are the subject matter of the texts in questions, but only about the-ends-of-life-as-conceived-within-this particular-textual-universe’ (vol 1 at 127). In this context, the risk is that a focus on this lecture distorts Griffith’s own genuine practical interest in—and by extension that we become detached from—real world questions about law, politics and constitutions. Perhaps, at times, most and maybe all public lawyers have been guilty of this. However, whether it is to understand what in the lecture he said then about the constitution, or whether it is to retrieve from the lecture what he still has to say to contemporary constitutional debates, it is clear that forty years later Griffith’s ‘The Political Constitution’ continues to motivate and to agitate in almost equal measure. That achievement alone seems worthy of reflection and of celebration.

Graham Gee is Professor of Public Law at the University of Sheffield.

Christopher McCorkindale is Lecturer in Law at the University of Strathclyde.