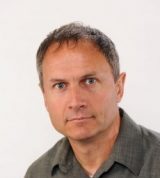 New Zealand’s Supreme Court has twice in the past two months turned its attention to the vexed issue of prisoner voting. Its first decision, Attorney-General v Taylor, upheld by a 3-2 majority a declaration that the legislative ban on all sentenced prisoners voting is inconsistent with the New Zealand Bill of Rights Act 1990 (NZBORA). Its second decision, Ngaranoa v Attorney-General, found by a 4-1 majority that as this legislative ban did not amend any of the “reserved” provisions in the Electoral Act 1993, no question arose as to its validity. This post outlines each decision, before making some general comment on what they reveal about the Court’s approach to constitutional issues.

The background to the issue

In 2010, New Zealand’s Parliament passed a member’s bill in the name of a backbench MP from the then-governing National Party by a 63-58 vote margin. This Bill amended the Electoral Act 1993, s 80(1)(d) to prohibit all sentenced prisoners from voting whilst imprisoned (the previous rule had been that only prisoners serving sentences of three or more years could not vote). Following that law change, a serving prisoner named Arthur Taylor commenced a one-man campaign against it in the courts. Two of these challenges produced the recent Supreme Court decisions, to which I now turn.

Taylor: Consistency with the NZBORA

In 2015, Mr Taylor successfully obtained a declaration from the High Court that the legislative ban on all prisoners voting is inconsistent with the NZBORA, s 12 right to vote. The Court of Appeal upheld granting this declaration, a decision I have posted on previously. While this declaration did not affect the 2010 legislation’s ongoing validity or application, the Crown nevertheless chose to appeal its issuance to the Supreme Court.

That appeal was not based on any disagreement with the lower courts’ substantive conclusion on the rights question. The Crown conceded from the outset that a blanket ban on prisoner voting imposes an unjustifiable limit on the s 12 right. Rather, the Crown argued that as the NZBORA contains no express power to grant a “declaration of inconsistency”, it simply is not an available judicial remedy (at [25]). Consequently, the appeal required the Court to consider both whether a declaration of inconsistency represents a real remedy for a rights breach and if granting such a remedy is consistent with the judicial function.

Two members of the Court, Glazebrook and Ellen France JJ, traversed earlier court decisions that emphasised the importance of having some form of effective judicial response available when confronted with NZBORA inconsistent exercises of public power (at [29]-[39]). For their honours, nothing in the NZBORA then gainsays this general “no right without a remedy” approach when it comes to issuing a formal declaration of inconsistency (at [40]-[51]. Doing so also is compatible with the judicial function, as it “is a formal declaration of the law and, in particular, of the effect of the 2010 Amendment on the respondents’ rights and status. It provides formal confirmation that they are persons who are disqualified to vote by a provision inconsistent with their rights.” (at [53])

Elias CJ wrote separately, largely concurring with Glazebrook and Ellen France JJ’s reasoning. In contrast, William Young and O’Regan JJ dissented, on the basis that “it is … problematic whether a declaration of inconsistency is really a remedy and, if it is, whether it is an effective remedy.” (at [134]) Its grant does not vindicate a rights breach, as “a declaration binds no-one in relation to future actions and has no impact on the victim’s position.” (at [139]) And for their honours, the courts should not invent a jurisdiction for themselves to give such an ineffective non-remedy.

In a separate challenge, Mr Taylor and several other prisoners also claimed that the 2010 legislation was invalidly enacted because of a failure to comply with the Electoral Act 1993, s 268. This manner and form provision identifies various statutory provisions governing aspects of New Zealand’s electoral process (the “reserved provisions”) and states that they may only be altered by either a vote of 75 percent of all MPs, or a majority vote at a referendum. The immediate question for the courts was whether the 2010 legislation had amended one of these reserved provisions. If so, as the necessary parliamentary majority had not been obtained, the prisoner challengers alleged the amendment was invalid.

Central to the case was the interpretation of s 268(1)(e), which reserves: “section 74, and the definition of the term adult in section 3(1), and section 60(f), so far as those provisions prescribe 18 years as the minimum age for persons qualified to be registered as electors or to vote.” The High Court and Court of Appeal found that this provision only encompasses the age at which people may enrol to vote and none of s 74’s other qualifications to vote. On further appeal, four members of the Supreme Court agreed with this conclusion, with Elias CJ issuing a strong dissent.

The majority did so having regard to the natural interpretation of the statutory provision (at [36]-[48]), its legislative history (at [49]-[58]) and the purpose for its enactment (at [59]-[64]). In a nutshell, the majority believed the entrenchment provision could be read only one way, with Parliament quite clearly intending that it only attach to one narrow aspect of voter qualifications. Given that context, there was no room for the NZBORA s 6 interpretative mandate to operate in order to expand the protection afforded to voting qualifications. Therefore, the 2010 law change did not amend a reserved provision and so no question as to its validity arose.

Furthermore, the majority refused to commit to the consequences that would follow from a failure to comply with s 268. It noted only:

The enforceability of entrenchment provisions like s 268 has been the subject of debate over a number of years both in New Zealand and in comparable jurisdictions. Those authorities indicate the pendulum has swung in favour of enforceability but we would prefer that issue to be resolved after argument on the point. (at [70])

The problem is that, in keeping with the “pendulum [swing] in favour of enforceability”, the Crown expressly conceded that a failure to comply with s 268 renders legislation invalid. As such, it is difficult to see where “argument on the point” is going to come from in this or any future case.

Both decisions reflect a cautious and conservative approach on the Court’s part. Although the (bare) majority in Taylor accepted a jurisdiction to grant declarations of inconsistency exists, it did so on very narrow grounds. This declaratory power was presented as little more than the natural extension of the ratio of existing case law. Glazebrook and Ellen France JJ also expressly distanced themselves from the Court of Appeal’s quite expansive discussion of the basis for such declarations, which had:

canvassed the relationship between the political and judicial branches of government and the role of the higher courts under the New Zealand constitution. As is apparent, we have not found it necessary to undertake a similar exercise. We are accordingly not to be taken as endorsing the Court of Appeal’s approach towards these matters. (at [66])

Similarly, the majority in Ngaranoa saw no reason to depart from orthodox statutory interpretation techniques when deciding what aspects of the electoral process are entrenched by s 268. The importance of the right to vote did not justify an expansionary reading of that provision’s ambit in order to safeguard rights from majoritarian interference. Indeed, the Court was not even prepared to commit to enforcing s 268’s manner and form requirements against a parliament that had ignored them.

These common features are not coincidental. In a commentary on Taylor, Edward Willis notes that:

the methodological approach taken by our highest court says something important about what a constitutional court is supposed to do in New Zealand. It develops the law incrementally, slowly, cautiously, because it can’t always easily point to a source of authority outside of itself to justify the grand constitutional conclusions we might otherwise expect. Whether that’s a good thing or a bad thing in our constitutional context needs to be debated, but for now let’s recognise that the approach appears to be deliberate.

The net result of this caution for prisoners then is that they remain in much the same position as before the Supreme Court decided these twin cases. They cannot vote. The Government acknowledges this statutory rule is an unjustified rights infringement (so really did not need to be told such by the Court), but says it is too busy to do anything about it. And because Parliament did not think the general right to vote important enough to procedurally entrench, the Court will not question the statutory rule’s validity (even if it could do so, which it will not say for certain).