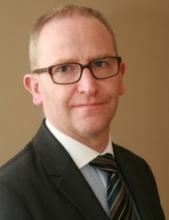 As each day passes, a new window seems to be thrown open exposing fresh legal issues to be solved as the UK continues its journey towards its withdrawal from the European Union. It’s like opening an advent calendar for lawyers.

On Monday 10 December, the Court of Justice of the European Union in its Wightman ruling resolved the legal question of whether an EU Member State can revoke its Article 50 TEU notification of its intention to withdraw from the EU and do so unilaterally. The Court ruled that unilateral revocation is a permissible action of a sovereign EU state provided it occurs before a withdrawal agreement enters into force or before the expiry of the two-year period for negotiations (or an extended period).

On Tuesday 11 December, the former UK Prime Minister Sir John Major suggested that the right to revoke be invoked with immediate effect in order to ‘stop the clock’ and to give the UK government more time to sort out a Brexit process that has become chaotic with the Government pulling a vote on its negotiated Withdrawal Agreement to give the Prime Minister an opportunity to seek clarification from the EU on the so-called Irish ‘backstop’. However sensible a ‘pause’ in the process might seem, the issue is whether this is legally possible in terms of the Court’s Wightman ruling on revoking an Article 50 EU withdrawal notification.

With the entry into force of the Lisbon Treaty, the EU equipped itself with a procedure by which an EU Member State could leave the EU. And in the absence of any intervening event, as Lord Pannick put it in the Miller case, once a Member State pulls the Article 50 trigger and notifies the EU of its intention to leave, the bullet duly makes it way to the target of a withdrawal from the EU. In its Wightman ruling, the Court of Justice has offered up the possibility that the bullet can be reversed mid-flight and sent back from whence it came. As with the initial withdrawal notification, the revocation process must be in accordance with domestic constitutional requirements (on which see Phillipson and Young’s insightful post). But what if instead of being reversed, the bullet is simply left hanging in mid-air as might be implied by the former Prime Minister’s desire to stop time?

It is suggested here that while there is a facility within the Article 50 TEU process for negotiations to be continued and for the Article 50 time-frame to be extended – with the unanimous consent of the EU27 and the agreement of the UK – there is no pause button that can be pressed that could halt the Brexit bullet mid-flight.

It is worth recalling precisely what the CJEU said in Wightman (para. 74):

… the revocation of the notification of the intention to withdraw must, first, be submitted in writing to the European Council and, secondly, be unequivocal and unconditional, that is to say that the purpose of that revocation is to confirm the EU membership of the Member State concerned under terms that are unchanged as regards its status as a Member State, and that revocation brings the withdrawal procedure to an end.

It follows that revoking the UK’s Article 50 withdrawal notification in order to buy time to restart, reboot or redirect the UK’s Brexit negotiations is neither unequivocal – it would not be clear whether the UK intended to remain a Member State of the EU or ultimately to leave if the negotiations did not produce an acceptable outcome – nor would it bring the withdrawal procedure to an end if the intention was merely to pause the proceedings.

That the Court of Justice rejected the Council’s view that revocation required authorisation from the EU27 is based on the principle that EU membership is a voluntary commitment based on sovereign states’ willingness to share common values. But it is important to keep in mind that the EU law requirement that revocation is unequivocal and unconditional when combined with the domestic demands of a Member State’s own constitutional requirements are intended to be safeguards against the risk that a Member State would seek to revoke its withdrawal notification merely to buy itself more time or to game the negotiation process as the Council feared might happen. Indeed, Advocate General Campos Sánchez-Bordona in his Opinion is explicit that the control mechanism of domestic constitutional requirements is intended to avoid the risks of ‘tactical revocation’. Although the Court did not follow the recommendation of the Advocate General that revocation be subject to the principles of good faith and sincere cooperation, the Court’s insistence that revocation is unequivocal and unconditional is a stronger limit on the authority of a state to revoke an Article 50 withdrawal notification.

Although the position of the Court seems absolutely clear and would prevent a ‘pause’ other than through an extended negotiation period, there are evident uncertainties.

It is readily apparent that the Court assumes that if – through a democratic and constitutional process – a Member State changes its mind and decides to remain a Member State, then this is likely to be a once in a generation event. The Court makes no attempt to lay down any temporal limit as to when a Member State might change its mind again. It follows from the Court’s belief in the voluntary nature of EU membership that at some point in the future a Member State could again decide to relinquish the voluntary discipline of EU membership. At what point in time does a past revocation no longer need to satisfy the test of being ‘unequivocal’? Short time-frames – weeks or months between a revocation and a renewed notification of an intention to leave – would seem to cast doubt on the unequivocal nature of the earlier revocation. But if preceded by genuine domestic democratic and constitutional processes, who is to say?

Which leads to the more significant uncertainty, namely how is the Court’s requirements for revocation to be enforced and by whom and with what consequences?  This is perhaps where the apparently banal aspect of the revocation process – that the notification is submitted in writing to the European Council – has some significance. If the EU27 felt that a Member State was obviously making a ‘tactical’ revocation, it could adopt a decision refusing to accept the notification. The ‘revoking’ state would no doubt seek to bring proceedings before the Court of Justice challenging the European Council’s decision to refuse to accept the notification and it would then be for the Court to determine whether the European Council had correctly determined that a revocation was not ‘unequivocal and unconditional’. That would put the Court in a very challenging position. Accordingly, now that the Court has laid down the broad parameters of what EU law requires for a unilateral revocation of a withdrawal notification, the European Council should give serious consideration to the adoption of a Decision or Guidelines elaborating on what is meant by a revocation that is unequivocal and unconditional in order to facilitate judicial review. Of course, this could not have the effect of turning a unilateral right of revocation into an authorization process but it would create a mechanism for enforcing the requirements laid down by the Court.

More challenging is where the equivocal nature of a revocation is not apparent at the time it is made but only arises subsequently when a state which has revoked an earlier Article 50 notification submits a further notification of its intention to withdraw from the EU. This is perhaps where the Court’s wider messaging about the EU as a Union of shared values also has specific legal resonance in that such behaviour by a Member State might justify initiating the Article 7 TEU procedure which – at the limit – could lead to the suspension of that state’s rights under the Treaties because of the state’s serious and persistent breach of the values of the Union. This mechanism – the ‘nuclear option’ – is not however fit for this purposes.

These wider questions are perhaps not the ones that need a resolution today, tomorrow or in the remaining days of Advent. It is perhaps enough for today to agree with Sir John Major that the UK needs more time – Brexit Time – to sort out its position with regards to EU membership. Were there to be a change of Government in the weeks ahead, the idea of stopping the clock on Brexit could be appealing. However, in my view, pausing Brexit cannot legally be done in the terms laid down by the Court of Justice in its Wightman ruling on the revocation of an Article 50 withdrawal notification.

Kenneth Armstrong is Professor of European Law, University of Cambridge.