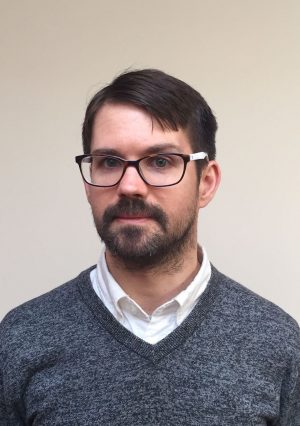 Wightman v Advocate General [2018] concerns whether it is legally possible to reverse an Article 50 notice given to the European Union. At first instance the Lord Ordinary refused permission for the petition to proceed, saying that the issue was “hypothetical and academic”. Under the Court of Session Act 1988, one of the hurdles for permission is whether “the application has a real prospect of success”. After all, it has been established for some time that the “Courts are neither a debating club nor an advisory bureau” (Macnaughton v Macnaughton’s Trs 1953 SC 387, at 392). In the First Division of the Inner House, Lord President Carloway—after chastising the petitioners for relying upon “rhetoric and extraneous and irrelevant material”—decided the Lord Ordinary was mistaken in refusing permission, and that a full hearing on the matter should be undertaken. Although the judgment can be welcomed for the seriousness with which it analyses hypothetical cases and the place of advisory declarations—something that (R) Miller v Secretary of State almost entirely circumvented—Lord Carloway’s disparaging language and his closing views on the matter provide an ominous view of where the exercise of judicial review may be headed, not only in this case, but perhaps more generally. Additionally, although Miller was discounted as a relevant authority in this case, I argue that it still provides (significant) morsels of relevance that the Lord President should have, but did not, address.

Throughout the judgment the Lord President repeatedly chastises the petitioner’s submission, declaring that “the court is faced with a morass of factual averment and bombarded with authorities, which turn out to be mere examples of, or variants on, the same theme” [at 10]. The total amount of pages and the number of authorities cited in the petition is also unpleasantly acknowledged. He continues by insisting, “at the permission stage the issues of fact and law ought to be more or less instantly verifiable and not concealed within that morass or under that bombardment” [at 10]. Ultimately, the petition is classified as “remarkable” for “being devoid of authoritative support” [at 17]. Suffice it to say that the Lord President, perhaps knowing the style of the advocate, did not “shepherd through” the petition without thoroughly vetting and criticising its contents.

And yet, despite the petition’s many (and obvious) faults, the Lord President decides to allow the petition to move forward. In doing so he cites the importance of the revocation question and also the fact that the government may have an “ongoing” position on the matter. But he also acknowledges that, “Whether it is possible to review a Government’s ‘position’, especially an unstated one, is highly questionable” [at 28]. As acknowledged in the judgment [at 15], the government’s position since December 2017 has been the following:

“For the avoidance of doubt, the public position we do recognise having taken is that the stated and consistent position of the Government has been and is that the United Kingdom’s notification under Article 50(2) will not be withdrawn. This is clearly long established and consistent and discloses no basis for legal challenge”.

The Lord President further articulates that, “There is no obvious legal requirement on a Government to respond to enquiries about what their understanding of EU law might be” [at 28]. And yet, the “great importance” of the issue is conceded, and the judge highlights that “authoritative guidance on whether it is legally possible to do so may have the capacity to influence Members of Parliament in deciding what steps to take in advance of, and at the time of, a debate and vote on the European Union (Withdrawal) Bill” [at 30]. This reasoning seems to cross the threshold of the hypothetical and descend into academic territory, and therefore any guidance may be outside the bounds of judicial review. Nevertheless—and this is where things get ominous—he then remarks that the scope for judicial review is wide, and that “the law is always developing and, in certain areas, it can do so quickly and dramatically. The scope of judicial review of Government policy may be one such area” (my emphasis).

In essence, the Lord President appears to be saying that, should the petitioners make a sufficiently strong case, the review of government policy, although not traditionally within the scope of judicial review, may be more readily applied to hypothetical situations.

Of course, Miller—in both the High Court and at the Supreme Court—provided little guidance on how to handle cases such as Wightman. But the judgments are not entirely irrelevant. The High Court did explicitly note that, “It deserves emphasis at the outset that the court in these proceedings is only dealing with a pure question of law. Nothing we say has any bearing on the question of the merits or demerits of a withdrawal by the United Kingdom from the European Union; nor does it have any bearing on government policy, because government policy is not law” (at [5], my emphasis). Admittedly, this statement does not tell us much. However it does tell us, unequivocally, that government policy is not law.

The Supreme Court also says little on this issue, but there is one particular bit of relevance that connects to the High Court decision. In discussing the wisdom, terms and timetable of withdrawal from the EU, Lord Neuberger asserts, “Those are all political issues which are matters for ministers and Parliament to resolve. They are not issues which are appropriate for resolution by judges, whose duty is to decide issues of law which are brought before them by individuals and entities exercising their rights of access to the courts in a democratic society” (at [3], my emphasis). Now, connect the two bits from the High Court and the Supreme Court: government policy is not law, and it is the duty of judges to decide issues of law.

Given that this piece only analyses the permission stage, the question going forward in Wightman is a fundamental question regarding judicial review: what is the scope of review, and more specifically, when and under what circumstances should governmental policy be included within this scope? In the current situation, it is difficult to ascertain if the Government has any official policy on the legality of revoking Article 50. Should the Court widen their scope of what falls under judicial review—and this is much more plausible than the Lord President suggests—then they would have “quickly and dramatically” changed our idea of how it operates.

I would like to thank Colin Reid and Aileen McHarg for providing comments on an earlier draft of this post.