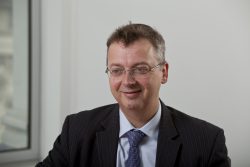 The European Union (Withdrawal) Bill seems to make no clear provision for EU Directives to play a role in the UK domestic legal scene following Brexit. The UK Government ought to clarify its plans as regards these crucial internal market measures, in the interests of assisting firms and their advisers in their Brexit preparations.

The EU Directive – A tool for frameworks
Article 288 of the Treaty on the Functioning of the European Union provides that a directive, “shall be binding, as to the result to be achieved, upon each Member State to which it is addressed, but shall leave to the national authorities the choice of form and methods”.

This core feature of directives (binding as to result only) makes them ideally suited for the purpose of setting a policy framework at EU level with Member States then more or less free, within that constraint, to legislate for their own particular circumstances.

Indeed, directives themselves often contain language which explicitly describes them as setting frameworks. Take, for instance, “Directive 2000/60/EC of the European Parliament and of the Council establishing a framework for the Community action in the field of water policy” which is better known as ‘the Water Framework Directive’.

Directives are ubiquitous in the context of framework-setting, not only in fields such as environmental policy, but in many other areas. They play a particularly important role in EU internal market policy, setting out the ground rules and EU-wide supervisory and oversight arrangements for many internal market regulatory regimes (such as those for financial services, energy, telecoms, transport and procurement).

Brexit and the need for ‘Common Frameworks’
In its white paper for the ‘Great Repeal Bill’ as the Withdrawal Bill was formerly known (“Legislating for the United Kingdom’s withdrawal from the European Union”, March 2017 (Cm 9446)), the UK Government had the following to say (at page 7):

“As we leave the EU, we have an opportunity to ensure that returning powers sit closer to the people of the United Kingdom than ever before. In some areas where the existence of common frameworks at EU level has also provided common UK frameworks, it will be important to ensure that this stability and certainty are not compromised.

Examples of where common UK frameworks may be required include where they are necessary to protect the freedom of business to operate across the UK single market and to enable the UK to strike free trade deals”.

In chapter 4 of the white paper entitled, “Interaction with the devolution settlements”, the Government elaborated on the question of ‘common frameworks’ (see paras 4.2-4.4).  The Government indicated in particular that it intends to, “replicate the current frameworks provided by EU rules through UK legislation”, and that it will, “begin intensive discussions with the devolved administrations to identify where common frameworks need to be retained in the future, what these should be, and where common frameworks covering the UK are not necessary” (para. 4.4).

How does the Bill deal with Directives?
In light of the various statements in the white paper, people may have expected the Bill to have had quite a bit to say about the way in which EU Directives (and the EU-wide policy frameworks which they establish) would provide a basis, in domestic law, for the sort of UK-wide common frameworks described in the white paper. They would, however, have been disappointed. There is actually very little said in the Bill about Directives and, strikingly, most of the provisions dealing with the domestication of EU law are concerned with excluding them from legal landscape.

Clauses 2 to 5 of the Bill deal with the incorporation of existing EU law into UK domestic law to create a new body of, so called, “retained EU law” which comprises:

Henry VIII to the rescue?
In fact, the only provision in the Bill which could (potentially) be used to translate an EU-wide framework in a Directive into a corresponding UK-wide common framework, is clause 7 which contains some of the Bill’s much criticised ‘Henry VIII powers’. Clause 7 confers sweeping legislative powers on UK Ministers in order to “prevent, remedy or mitigate” what are described as “deficiencies” in retained EU law arising from the withdrawal of the United Kingdom from the EU.

Among the deficiencies identified in clause 7, is where the relevant Minister considers that retained EU law, “does not contain any functions or restrictions which (i) were in an EU directive and in force immediately before exit day (including any power to make EU tertiary legislation) and (ii) it is appropriate to retain” (clause 7(2)(f)).

It remains to be seen how the proposed Henry VIII powers in clause 7 survive Parliamentary scrutiny, but even assuming that they do survive into the eventual Act it is not at all clear that the task of creating a UK-wide common framework out of the EU-wide framework established by an EU Directive could realistically be characterised as an exercise of ‘remedying a deficiency’ in some other provision of retained EU law.

Implications for the devolution settlement(s)

In addition to these doubts, the failure to include EU Directives (and, for that matter, EU Treaty provisions) within the “retained EU law” regime also potentially raises some important questions about the operation of the devolution settlement (at least in Scotland) post-Brexit.

As mentioned before, clauses 2 to 5 of the Bill deal with the incorporation of existing EU law into UK domestic law to create a new body of, so called, “retained EU law” which comprises: (a) any EU-derived domestic legislation on the UK statute book when Brexit occurs (which would implicitly include any UK legislation implementing a Directive) (clause 2), (b) any directly applicable EU Regulations and EU Decisions which apply in the UK on Brexit day (clause 3); and (c) any EU rights, powers, liabilities, obligations, restrictions, remedies and procedures recognised in domestic law at Brexit (excluding, among other things, rights etc., arising under EU Directives) by virtue of s.2(2) of the European Communities Act 1972 (clause 4).

Clause 11 of the Bill (Retaining EU restrictions in devolution legislation etc.) amends the limitations on legislative competence in the Scottish, Welsh and Northern Irish devolution statutes to take account of Brexit. Taking the example of Scotland, sub-clause (1), amends s.29(2)(d) of the Scotland Act, which presently prohibits the Scottish Parliament from legislating in a manner which is, “incompatible with EU law”, so that instead it will post-Brexit prohibit the Parliament from passing laws which, “modify, or confer power by subordinate legislation to modify, retained EU law”.

Thus, taking account of the definition of “retained EU law” (which, as we have seen, excludes EU Directives), this means that the Scottish Parliament appears to gain (as opposed to lose) legislative freedom by virtue of clause 11 of the Bill, to the extent that it might wish to legislate, post-Brexit, in a manner inconsistent with a policy position that, immediately pre-Brexit, was expressed in EU Directive.

To pick a random example, Article 9 of the Water Framework Directive presently requires Member States to have, “water-pricing policies [which] provide adequate incentives for users to use water resources efficiently”. Whilst s.29 of the Scotland Act presently prevents the Scottish Parliament from legislating incompatibly with Article 9 of the Directive, the amendments to s.29 under the Bill mean that, post-Brexit, the Parliament would in principle (and putting aside any other constraints) be able to abolish water charging since, of course, the Directive would not form part of “retained EU law”.

Such a possibility, particularly when one considers the importance of water charges to large industrial water users, seems to raise the prospect of exactly the sort of distortion to intra-UK competition which the Government itself described as unwelcome and which, in its own white paper on the Bill, it said that it would not permit.

Conclusions
It is important that the UK Government clarifies:

so that businesses and their advisers can plan properly for the coming process of legislating for Brexit and for their future operations within the UK internal market.