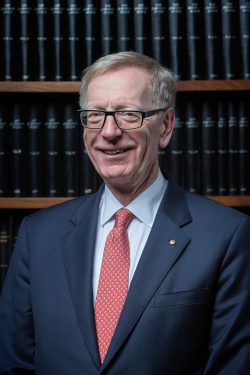 In the White Paper published in February this year (“The United Kingdom’s exit from and new partnership with the European Union” Cm 9417), the very first point made was that the “Great Repeal Bill” will “remove the European Communities Act 1972 from the statute book and convert the ‘acquis’ – the body of existing EU law – into domestic law”. It was said that “[t]his means that, wherever practical and appropriate, the same rules and laws will apply on the day after [the United Kingdom] leave[s] the EU as they did before”.

In March, the Secretary of State for Exiting the European Union presented a further White Paper (“Legislating for the United Kingdom’s withdrawal from the European Union” Cm 9446) about how the “Great Repeal Bill” would give effect to this objective. It was said that the bill would do three main things:

All who have given any serious thought to the issues agree that the devil is in the detail. Yet there is no published indication of what, if any, attempts have been made to frame the provisions that will give effect to these purposes.  All that was done in the second of the White Papers was to identify three “case studies” which were said to indicate issues that would (or at least might) arise under “preserved” EU law. The only solution proffered is to give power to make secondary legislation that could amend, repeal, or “correct” the relevant law. What is to happen in the period between preservation and amendment, repeal or correction is left unexplained.

The “Great Repeal Bill” is legislation of fundamental constitutional significance. It must make a radical change in the legal system by cutting off what has been a prolific source of law, preserving much of the law that came from that source (making some necessary modifications to it) and providing for how that preserved law is later to be changed. The legislation deserves as much time, care, and effort as can possibly be given to it. To draft it in terms which preserve constitutional structures and principles will require clear identification of how and why it is framed as it is. To draft the legislation in terms which command the assent of the people calls for much wider exposure of the drafting processes than any other legislation in living memory.

The best constitutional drafting is simple and muscular. It avoids entanglement in the weeds of detail by clear articulation of the principles which are given effect. To draft the “Great Repeal Bill” clearly may require repeated re-writing of its text. Too easily, the draft will become bloated with unnecessary detail added “for the avoidance of doubt”.

It is time to make a start. The “start” is to propose a bill for an Act of twelve sections — see A Draft Great Repeal Bill (.doc). Three clauses (cl 2, 3 and 4) seek to preserve the law as it stands at the time that the United Kingdom ceases to be a member of the EU. Clause 5(1) carves out six exceptions to that general preservation. The exceptions are described; they are not specifically identified. The exceptions are intended to capture those provisions which it would be incongruous to continue to apply after the United Kingdom has ceased to be a Member State of the EU and has ceased to be a Member State of the several European Communities. It is drawn on the assumption that the United Kingdom will make a complete break from all European institutions. Of course, if a different outcome is negotiated, the exceptions described in cl 5(1) would have to be modified.

Clause 6 may be a bridge too far. It seeks to substitute equivalent United Kingdom institutions for European institutions that are mentioned in the instruments which give rise to the rights and duties preserved by cl 2 of the bill and the instruments which are the subject of provisions made under s 2(2) of the European Communities Act 1972 dealt with by cl 3 of the bill. At least some attempt should be made to draft a general provision of this kind.

Clause 7 seeks to grapple with the interpretation issues that would otherwise arise by inviting attention to how relevant instruments would have been construed and applied if the new provisions had not been enacted and by reference to relevant decisions made before the new provisions come into effect.

Clause 9 picks up what now appears in s 3(4) of the European Communities Act 1972 but does not pick up any of the other provisions of that section. (Those other provisions could be picked up if it was thought desirable, and seemly, to provide for judicial notice of EU documents.)

Clause 10 seeks to deal with future modifications of the preserved law. It does not expressly deal with how those modifications are to be made. But it does seek to engage notions beyond the essentially mechanical application of principles of express or implied repeal. Those principles will apply in any case. If a later law repeals a preserved law, either expressly or impliedly, no further inquiry will be needed. But when the field of preserved law is as wide‑ranging and complex as it is, it is inevitable that later enacted laws (whether subordinate legislation or statute law) may not deal expressly with all aspects of the preserved law with which it intersects.

Clause 10 is intended to avoid the incoherence and rough edges that may otherwise arise if the only legal mechanism regulating the relationship between preserved law and new law is repeal or amendment. Put shortly, cl 10 engages notions of inconsistency of laws of a kind generally similar to those which have been developed by the High Court of Australia in applying s 109 of the Australian Constitution. Clause 10 would require consideration of whether giving effect to the preserved law would alter, impair or detract from the operation of the new law. To the extent to which the preserved law is inconsistent with the later, new, law, the preserved law is, and is to remain, invalid. (It is provided that the preserved law remain invalid, in the sense that it cannot spring back into life on repeal of the invalidating later law, in order better to preserve and enhance the Parliament’s continued authority over the state of statute law.)

As is implicit in what has been already said, it is undoubtedly possible to approach the drafting of the “Great Repeal Bill” in many different ways. Some of those approaches would see much more detail in the bill than there is in this draft. But this draft seeks to focus the minds of the readers upon, first, the principles to which the “Great Repeal Bill” should give effect and second, the way in which those principles might best be carried into effect. Both the principles and the means by which effect is given to those principles call for much closer consideration than appears readily from what has been published so far.

Along the way there is much scope for debate about what can or cannot properly be left to subordinate legislation. More particularly, I would expect there to be a lively debate about the proper place of so‑called Henry VIII clauses. There is much scope for debate about devolution and the place of the devolved legislatures. (This draft speaks generally of later laws, without seeking to distinguish between laws enacted by or under the authority of a statute passed in Westminster and laws made by other legislative authorities. Laws made by the devolved legislatures would operate according to their terms and have the operation of any other devolved legislation.) Debates about subordinate legislation and about devolution are critically important, but they cannot be allowed to swamp all other issues.

It is hoped that this draft may serve to point out that there are other issues of principle which demand attention and resolution sooner rather than later.