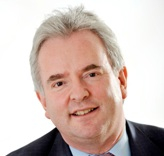 The Supreme Court decision in Kennedy v Charity Commission was striking from many points of view.  Mr Kennedy was a journalist frustrated by the way the Commission handled his allegations concerning George Galloway MP’s controversial Iraq charity, the Miriam Appeal.  He applied for disclosure of documents under the Freedom of Information Act, arguing that a prohibition from disclosure under s 32 should be interpreted compatibly with Article 10, as required by s 3 of the HRA.  However, the Supreme Court declined to follow the recent ECtHR case law, holding that Article 10 did not encompass a right of access to information, deprecating the parties’ failure to rely upon the common law right to information and disagreeing over the question of whether proportionality should replace Wednesbury unreasonableness: see my previous post on this here.

Between Sugar and the judgment in Kennedy, when the point was re-argued before a seven judge court, four more ECtHR cases decided that Art 10 confers a right of access to information: the Grand Chamber decision in Gillberg v Sweden (2012) 34 BHRC 247, Shapovalov v Ukraine, Judgment 32 July 2012, Youth Initiative for Human Rights v Serbia Judgment, June 25, 2013 and Österreichische v Austria, Judgment, 28 November 2013. In the leading judgment Lord Mance, (with which Lords Neuberger, Clarke and Sumption agreed) scrutinised the four new Strasbourg decisions [76-96], and concluded, on the unsatisfactory state of the case law, that Article 10 did not confer a positive right of access to information [94]. He also said [59] that it was unfortunate that the ECtHR chambers did not refer cases to the Grand Chamber where it disagreed with older Grand Chamber judgments.  By contrast, in his dissent Lord Wilson stated that the Supreme Court could ‘confidently conclude’ that Art 10 required an unwilling public authority to disclose information [189], whereas Lord Carnwath held in his dissenting judgment [217] that the general direction of travel (unless the Grand Chamber ruled otherwise) was clear.

The inevitable outcome was that the dissatisfied Mr Kennedy applied to the ECtHR. The Government responded to his claim by arguing that he had failed to exhaust his domestic remedies, by failing to rely on a common law right to information in the earlier proceedings.

In fact, the ECtHR stayed Kennedy v UK because another case, Magyar Helsinki Bizottság v Hungary, had been referred to the Grand Chamber.

On 8 November 2016 the Grand Chamber announced its decision, reversing the Supreme Court in Kennedy (whose reasoning was extensively discussed in the judgments) and decided that Art 10 did confer a right of access to information. The applicant was an NGO which ran a project between 2005 and 2008 to investigate how defence counsel were appointed by the police in criminal cases. As part of that project, the applicant requested under the Hungarian data protection legislation the names of the public defenders selected.

Several police departments complied, but one refused the request, stating that defence counsels’ names were not public-interest data nor information subject to disclosure in the public interest under Hungarian legislation; it said that defence counsel are not members of a body performing State, municipal or public duties. The domestic courts accepted this argument, and the applicant unsuccessfully appealed to the Constitutional Court.

The NGO applied to the ECtHR, and on 26 May 2015 the ECtHR’s Second Section referred the case to the Grand Chamber under Article 30 of the Convention. The Media Legal Defence Initiative applied to intervene (together with other NGOs) – as did the UK Government and another NGO called Fair Trials.

The judgment of the Grand Chamber given on 8 November 2016 has considerable significance. Although the majority of 11 gave a judgment in favour of the applicant, there were important concurring judgments of Judges Nussberger and Keller, and of Judge Sicilianos, joined by the President, Judge Raimondi, as well as a penetrating dissenting judgment by Judge Spano, joined by Judge Kjølbro. Judge Spano’s judgment is particularly interesting because he is a leading exponent of the view that the ECtHR’s current role is to defer to the reasoned and thoughtful assessment of Convention rights by national authorities: see, eg Robert Spano ‘Universality or Diversity of Human Rights? Strasbourg in the Age of Subsidiarity’ [2014] 14 Human Rights Law Review 487.

In explaining its reasoning the majority began by summarising general principles to be applied to interpreting the Convention [118-125]. They acknowledged that the right of access to State-held information is not immediately apparent from the text of Art 10 and that both the Hungarian and UK Governments had argued that the authors of the Convention had omitted to mention a right of access to information in the text of the Convention, precisely because they had not intended that the Contracting Parties should assume any such obligation [69] [101] [126].

The majority then embarked on an extensive review of the case law, beginning with some early Commission decisions [126-133]. They accepted that Leander [74] set out the standard jurisprudential position that Art 10 does not confer a right of access to information, but said that the fact the ECtHR case law had not previously articulated the relationship of Leander with recent cases did not mean they were contradictory or inconsistent. Instead, they decided that the recent cases illustrated the types of circumstances in which the ECtHR was prepared to recognise an individual’s right of access to state held information – and said that it was necessary to take a broader look at the overall question [133].

The majority next turned to the drafting history where the final draft of Art 10 rejected a model based on Art 19(2) of the International Covenant on Civil and Political Rights – which expressly includes the freedom to seek, receive and impart information. The UK Government had, therefore, argued that Art 10 was drafted to impose negative obligations on organs of the State to refrain from interfering with the right of communication [99]. The ECtHR rejected this submission [135], deciding that that no clear conclusion could be drawn from the travaux préparatoires.  To the contrary, they relied upon the history of Draft Protocol No 6 [51], which had considered introducing a specific right of access to information to Art 10.  The majority found that the Protocol’s drafting history revealed a common understanding between the bodies and institutions of the Council of Europe that Art 10(1), as originally drafted, could reasonably be considered as already comprising the “freedom to seek information” [136].

The majority concluded [148] that, since the Convention was adopted, the domestic laws of the overwhelming majority of Council of Europe member States, along with the relevant international instruments, have evolved to the point of a broad consensus, in Europe (and beyond) on the need to recognise an individual right of access to State-held information so as to assist the public in forming opinions on matters of general interest.

Consequently, the majority decided that the Grand Chamber was not prevented from interpreting Art 10(1) as including a right of access to information [149]. They acknowledged the importance of legal certainty in international law and of the argument that States cannot be expected to implement an international obligation to which they did not agree in the first place [150], but gave weight to the evolution of ECtHR case law in favour of recognising, under certain conditions, a right to freedom of information as part of Art 10 [151], the stance of international human rights bodies [152] and the paramount importance of the fact that all of the 31 Member States of the Council of Europe had enacted legislation on freedom of information [152].

In the light of these developments the majority concluded that a clarification of the Leander principles was appropriate [154]: it was time to clarify the classic principles [156]. The majority considered that “the right to freedom to receive information basically prohibits a Government from restricting a person from receiving information that others wish or may be willing to impart to him.” Moreover, “the right to receive information cannot be construed as imposing on a State positive obligations to collect and disseminate information of its own motion”. Art 10 does not confer on the individual a right of access to information held by a public authority nor oblige the Government to impart such information to the individual. However, such a right or obligation may arise:

The majority next addressed the threshold criteria for the right of access to state held information. They emphasised that the question of what constitutes an interference with Art 10 must be assessed in the circumstances of each case and that the recent case law [131-132] provided valuable illustrations of the relevant criteria [157] which are discussed in some detail:

There is no doubt that the Grand Chamber’s approach is an innovative and important decision, even if its foundations are open to question. Judges Nussberger and Keller concurred, but felt that the majority downplayed the importance of data protection as interpreted by ECtHR and CJEU judgments [2]. The dissent of Judge Spano (joined by Judge Kjølbro) is, however, a root and branch condemnation of the majority judgment – he said [2] it cannot be the ECtHR’s role to take the optimal state of affairs in European law when identifying a right of access to information held by public authorities nor to imbue every positive development in the field of European human rights by incorporating them into the Art 10, irrespective of the limits laid down by the text and structure.

Nevertheless, the contrast between the broad approach taken by the Grand Chamber and that of the Supreme Court in Kennedy is striking. The Grand Chamber had significantly more material before it which, no doubt, influenced the outcome. Even so, the disinclination of the Supreme Court to wrestle with issues of principle – by engaging in detailed and critical analysis of unpersuasive reasoning in chamber judgment – was very different from the focus of the Grand Chamber: and with the broad and purposive approach the Privy Council takes in constitutional cases.