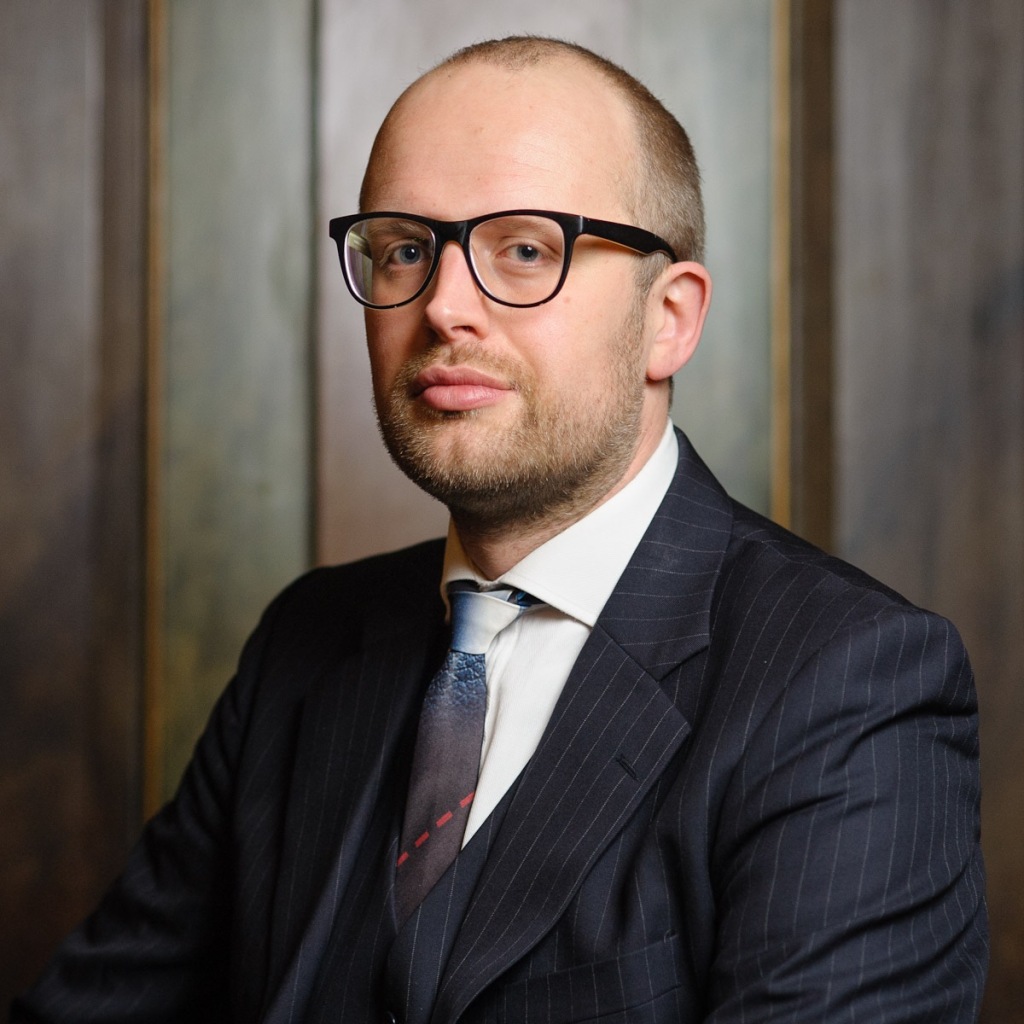 Miller & Dos Santos v. Secretary of State for Leaving the European Union [2016] EWHC 2768 (Admin) is a conservative judgment which includes some broad statements of principle. To understand the case, we have to understand why the court uses such generous claims to defend such a narrow holding. The holding was a declaration that “the Secretary of State does not have power under the Crown’s prerogative to give notice pursuant to Article 50 of the Treaty of the European Union for the United Kingdom to withdraw from the European Union (at [111]) The grounds for the court’s holding are, to a great extent, based on a series of concessions by the Secretary of State. This allowed the court to issue the declaration, based on the effect of s.2(1) of the European Communities Act alone. Although the issues are highly contentious—for the media, and for the academy, they were not contentious as between the parties.

It was “common ground” that the Crown is subordinated to law and “common ground” that the King cannot change the law of the land by prerogative (at [26], [29]). The “basic picture about how the EU operates” is also “common ground” (at [37]). At this level of generality, none of this is controversial, but the fact that each point was expressed as common ground meant the court did not need to give a precise explanation of the rule. If we wish to be precise, there is a great deal to be said about the Case of Prohibitions or about the application of EU law, for example, but for the purposes of this decision “it [was] not necessary [for the court] to give more than a brief explanation” (at [37]).

It was also “common ground” that the case is justiciable (at [5]); that, once given, notice under Art. 50(2) cannot be withdrawn (at [10]); that, if the UK were to withdraw from the Treaties “there will no longer be any enforceable EU rights” (at [51]). In other words, the Secretary of State “accepts that [rights that could not be replicated in domestic legislation] would be lost upon withdrawal” (at [61]). Taken together, the concessions at [5], [10], [29] and [61] decide the case. Each could have been a contentious issue, had it not been conceded, but the High Court did not have to deliver judgment on these points. It is one thing to say that the case could have been argued differently. It is another to say that the High Court ought to have decided it differently, given the way it was argued. In light of the political sensitivity of this judgment, which has already sparked captious allegations of judicial activism, we should make it clear what exactly we are arguing about – the judgment of the Court, or the way the government plead its case. I agree with the judgment of the High Court, in part for reasons I set out or endorse here.

The narrow declaration, and the fact that the steps towards it were not contested, mean the court did not have to rebut many of the arguments that were canvassed before judgment was handed down. With in mind, I would like to set out some objections to an argument about the incorporation of treaties that may be relevant to the appeal to the Supreme Court. John Finnis made the argument last week in a short paper for Policy Exchange, and Hayley Hooper and Mark Elliott have developed the argument since the judgment has been handed down.

So far as I understand it, Professor Finnis’ argument runs as follows:

Treaty-based rights under s.2(1) are closely analogous to treaty-based rights acquired under double-tax treaties. In each case, the incorporating legislation leaves it to the executive to decide which treaties shall be incorporated. However, “no one would or could plausibly suggest that a statute is required” (p. 6) to authorize the UK Government to terminate a double tax treaty under the Taxation (International and Other Provisions) Act 2010 (TIOPA).  Therefore it is wrong to say that the government may not change the law by the exercise of the prerogative.

The paper was published in advance of the judgment, in response to a submission by Lord Pannick in oral argument. In the end, the High Court did not declare that statutory rights created by Parliament could never be destroyed through the prerogative. It made a much narrower declaration—that there is no prerogative power to issue an Article 50 notification. If we wish to use Finnis’ argument to address the judgment in the High Court, it is not enough to show that some treaty rights can be destroyed by the prerogative. It is unclear whether Professor Finnis is arguing that there is a general rule that the Crown may withdraw from any treaty using the prerogative, or whether he is making the narrower claim that the ECA ought to be treated like TIOPA. If it is the former, then we can certainly find exceptions to that rule, such as the rule in Laker Airways v. Board of Trade [1977] Q.B. 643 which I discuss in more detail here.

If Finnis is making the narrower claim, then we might take issue with the suggestion that the ECA and TIOPA are so “closely analogous” that they ought to be treated alike. First, the idea that “no one would or could plausibly suggest that a statute is required” to terminate a tax treaty is questionable. If a treaty limiting Russian citizens’ UK’s tax liability was incorporated by statute, it is not clear that the UK government could force a Russian citizen to pay UK tax by simply terminating the treaty. The situation is broadly analogous to Laker, and an aggrieved Russian citizen could “plausibly suggest” that a statute is required. The suggestion is even more plausible following the High Court’s decision in Miller & Dos Santos.

Why then does Finnis describe the ECA 1972 and TIOPA 2010 as “closely analogous”? He suggests that we should categorise treaties according to the way they are incorporated. It is not clear why a court should classify treaties by the way they are incorporated, nor that courts do in fact classify treaties in this way. Even if we accept that the most important way to classify treaties is according to the means of incorporation, there are important differences in the way that TIOPA and the ECA incorporate treaties. For example, although ECA s(2)(1) provides for the inclusion of treaties concluded from time to time, s.1(2)(a) of the ECA defines the EU, the Communities, and certain Treaties that are the main focus of the Act. As far as I understand it, TIOPA does not do this.

However, courts do use the object and purpose of the treaty as a guide to what Parliament intended when it incorporated a treaty (see e.g. Al-Skeini v Secretary of State for Defence [2007] UKHL 26 at [9] (Lord Bingham). This is arguably a better way to classify treaties than means of incorporation. Focussing on the fact that both the ECA 1972 and the TIOPA 2010 both incorporate unspecified treaties tends to understate the difference between a bilateral treaty providing for abatement of taxation, and the accession agreement for the world’s largest trading bloc. This helps explain why the ECA defines the EU and the Treaties in s.1(2)(a). There is no similar framework for dual tax treaties. At the least, a court would consider the object and purpose of the treaty, alongside its means of incorporation, among other factors. Even if the government can withdraw from a dual taxation treaty without a statute, (and this seems doubtful) that might not tell us very much about the power to trigger Article 50.

Building on Finnis’ line of analysis, Hayley Hooper and Mark Elliot argue that the decision in Miller & Dos Santos means the ECA should be considered as a “unique” or “sui generis” form of incorporation. The Treaty of the European Union and the ECA do possess unique features, but so do many other treaty regimes. If Hooper and Elliott suggest that the ECA is an exception to a general and consistent rule about incorporation, then this is not the case. In English law, “there is no rule specifying the precise legislative method of [treaty] incorporation” (R (European Roma Rights Centre) v Immigration Officer at Prague Airport [2004] UKHL 55 at [42] (Lord Steyn)). For example, the Human Rights Act 1998 partially incorporates the European Convention; the Children’s Commissioner for Wales Regulations 2001 partially incorporate the Convention on the Rights of the Child in Wales, and, in spite of its far-reaching impact in English law, the only part of the UN Charter that is incorporated is by the United Nations Act 1946 is Article 41 (see Kuwait Airways v. Iraq Airways [2002] UKHL 19). A court that had to decide how the government could withdraw from these treaties might be wise to look to the object and purpose of the treaty in the first instance.

If we strip away the notion that the ECA is “sui generis”, then this argument looks more like a rewording of the familiar “from time to time” argument, which was argued before the High Court. The High Court dismissed that argument at [93](2), pointing out that the case does not stand or fall on treaties incorporated from time to time because “the Treaties… are defined in section 1(2) and the most important of them are expressly listed there.” The High Court did not need to rely on treaties ratified from time to time, because it had rights flowing from expressly incorporated treaties before it.

In conclusion, it is deceptive to read Miller & Dos Santos as a broad case. Although the judgment is framed in elegant constitutional principle, its holding does not change the constitution fundamentally. In fact, it decides few contentious points of law. The declaration determines the lawfulness of one exercise of the foreign affairs prerogative, in respect of a single treaty for a single purpose. The judgment makes it clear that, had it been necessary to go further, there are deeper waters all around. For example, the indirect interpretative effects of treaties are mooted at [36], without further discussion.  If we choose to enter these deeper waters, we ought to remember that treaties are diverse; the means by which they are incorporated are diverse; that the foreign affairs prerogative is not a monolith, and that the most important thing about a treaty is what it does. So far as it had to pass judgment on them, the High Court took amply took account of these factors.

I am grateful to Jeff King, Nick Barber, Eirik Bjorge and Alison Young for comments.