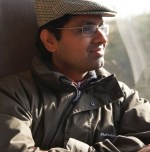 Since the referendum, there has been a lively debate about the process for invoking Article 50 of the Lisbon Treaty. Can Article 50 be invoked by the Prerogative, as Mark Elliott and Kenneth Armstrong have suggested? Will it require Parliamentary consent, as Nick Barber, Tom Hickman and Jeff King, Scott Styles, and Ewan Smith have argued? Will Parliamentary scrutiny suffice, as Adam Tucker suggests?

While most existing commentary has focused on the potential for an argument based on Section 2 (1) of the European Communities Act 1972 others, including Charles Flint QC and former Clerk to the House of Commons Sir Malcolm Jack, have suggested that an argument could be made based on the European Union Act 2011.

We believe that this argument has a firmer constitutional footing, and this post seeks to develop it further. The heart of our argument lies in Section 2(1) of the European Union Act 2011. The 2011 Act created a new mechanism for changes to the relationship between the EU and the UK. Although on a literal reading the 2011 Act neither mentions Article 50 (unlike several articles with which it does deal) nor deals with withdrawal (as distinct from ‘amendment’ or ‘replacement’ stricto sensu), we argue that the consequence of a literal reading would be so extraordinary that on ordinary principles of statutory interpretation as well as constitutional principle, the statute must be read as mandating a role for Parliament in addition to whatever role the electorate and the Government might play.

Statute and the prerogative

Traditionally, the power to conduct diplomatic affairs and to make treaties with other nations falls to the Crown under the Royal prerogative. The prerogative is, however, limited in a range of ways, three of which are directly pertinent to the question before us.

A common concern underlies these three restrictions: the importance of ensuring that the government cannot circumvent controls imposed by statute. Any attempt to interpret the legislation governing the UK’s relations with the EU should be read in the light of this traditionally restrictive view of the courts of the limits of prerogative in relation to legislation.

With this background let us turn to Section 2(1) of the European Union Act 2011. In constitutional terms, this section forms the bedrock of the mechanism for ratifying changes in the UK’s relationship with the European Union, and at the Bill’s Second Reading it was expressly conceded that it would affect the prerogative. The mechanism it envisages is one of dual consent. The consent of the electorate through a referendum is sometimes necessary, but never sufficient. The 2011 Act does not make referendum results automatically binding (in contrast with, for example Section 8 of the Parliamentary Voting System and Constituencies Act 2011). Parliament is, of course, unlikely to ignore the will of the electorate, but it might (and arguably should) use its powers to impose conditions and safeguards, procedural or substantive, on the manner in which the consequences of a vote in a referendum are dealt with. The European Union Referendum Act 2015 does not alter this system of dual consent.

The 2011 Act does not deal with Article 50 directly. Section 2’s concern is with amending or replacing treaties. The bare invocation of Article 50 does neither. Further, the 2011 Act lists a number of provisions in the Treaty of Lisbon—so-called pasarelle and accelerator clauses—which require approval by Act of Parliament and referendum (as in Section 6), or by Act of Parliament alone (Section 7). Article 50 is not amongst them.

The statute does not therefore directly place in abeyance the ability to invoke Article 50 through the prerogative. But statutes need not always be read literally—and in some circumstances, they must not be so read. As we will now argue the present situation is one where a literal reading should be avoided. To do otherwise would be to allow the use of the prerogative to bring about consequences that are deeply problematic, and run counter to the purposes of the 2011 Act.

Invoking Article 50 by prerogative: A recipe for constitutional crisis

Article 50 is framed in unambiguous terms. It contemplates a negotiation culminating in a new agreement setting out the terms on which withdrawal will take place. The 2011 Act does not define ‘replace’ (unlike ‘amend’), but such a future treaty would clearly “replace” TEU and TFEU as far as the UK is concerned. The dictionary definition of “replace” is “to provide a substitute for; to put an equivalent in place of” (OED 3rd edition 2009). That would be precisely what the new treaty did. As Sir David Edward, a former judge of the CJEU, pointed out, any withdrawal would also require an amendment to the existing treaties as far as the remaining 27 states are concerned.

That applies once negotiations are concluded. But what would happen if Parliament were to reject the deal that was reached – for example, because it contravenes key planks of the Leave campaign, or because it involved a net loss of sovereignty? This is not fanciful: preliminary statements from the EU on the four freedoms suggest that the UK may have to choose between continuing to permit European migration and losing access to the common market. Equally, it is far from unimaginable that the ultimate outcome of Article 50 negotiations would be akin to EEA membership – involving the retention of obligations similar to those currently imposed on the UK, but with the loss of the ability to object to them.

The purpose of the 2011 Act is to ensure that such far-reaching changes cannot be made by ministers without parliamentary assent. But the consequences of rejection under Article 50 would mean that Parliament, in practice, had little option but to assent. Article 50’s language is unambiguous: the state automatically ceases to be a member two years after notification, agreement or no agreement. Sir David Edward suggests that it would be possible for a change of heart, but he did not think that this could happen without adverse consequences:

It does not seem to me that you can necessarily say, “Right; I have put you to all this trouble; we have negotiated for two years and now I do not actually like the terms you are offering so I want to go back to zero”. My hunch is that many of them might say, “Right, back to zero. No more opt-outs”.

Parliament could therefore, potentially, be compelled to accept whatever agreement it was given, with no real option but to ratify, simply because (unlike in most other treaty amendments) the strict legal alternative to ratification would not be the maintenance of the status quo. It would be a bare, chaotic withdrawal. And any attempt to seek to preserve the status quo, if Sir David’s “hunch” is correct, might only lead to even further integration.

Such a result – where Parliament’s power to refuse to ratify is so heavily constrained – would be so extraordinary, and so utterly contrary to the purpose of the 2011 Act, that it cannot have been intended by Parliament. If the policy behind the 2011 Act was, as the then Foreign Secretary, William Hague stated in the passage of the legislation, to effect, “a fundamental shift in power from Ministers of the Crown to Parliament and the voters themselves on the most important decisions of all: who gets to decide what” on questions of European integration, then an executive action which risked precisely the opposite outcome would a fortiori be unconstitutional. The statute must, therefore, in keeping with the Laker principle and the canons of interpretation, be taken to have implicitly restricted the ability of the Government to rely solely on the prerogative in initiating the Article 50 process.

Precautionary consent and the prerogative

One further point can be made. Even if the argument we have articulated above is not irrefutable, we believe it rests on a clearly arguable footing. It should, at the least, demonstrate that it is far from unambiguous that the Government retains the power to invoke Article 50 by prerogative.

That the 2011 Act might create such issues was not unforeseen. In parliamentary debate over what became the 2011 Act, then Shadow Foreign Secretary, Yvette Cooper said:

The Bill will create a lawyers’ paradise because it is so confused and complex. Important issues will have to be decided by the courts as they try to interpret what the Government and Parliament meant, which could lead to decisions that override Parliament and delays to decisions that Parliament might want to make while those legal wrangles are taking place.

Parliament has the competence—and we would argue the responsibility—to put the matter beyond doubt and to end the current constitutional crisis. It could do this either by explicitly including Article 50 within the dual consent scheme of the 2011 Act, or else by explicitly making it an exception.

It has long been accepted constitutional practice to secure parliamentary consent for matters where there was genuine doubt, even if slight, about the scope of the prerogative. The clearest precedent is the transfer of Heligoland to Germany, where parliamentary consent was expressly sought, despite a very strong view that ceding territory fell within the prerogative. Doubts remained as to whether the Crown could validly cede territory in peacetime, and absent public emergency, because of its potential impact on the rights of subjects. To deal with those doubts, the treaty was expressly made subject to parliamentary consent (Article 12(1)), which was obtained through the Heligoland Act 1890.   This precedent continued to be followed when independence was granted to conquered colonies. This sound constitutional practice, motivated by the desire to avoid the constitutional crises that might otherwise result, commends itself for adoption in relation to Article 50.

Richard Kirkham is Senior Lecturer in Law, University if Sheffield

Lindsay Stirton is Professor of Public Law, University of Sussex