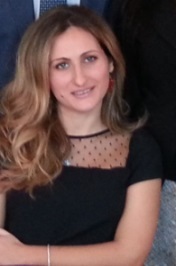 “Parliament is not a congress of ambassadors from different and hostile interests; which interests each must maintain, as an agent and advocate, against other agents and advocates” but rather “a deliberative assembly of one nation, with one interest, that of the whole” (E. Burke, Speech to the Electors of Bristol, 3 November 1774). With these words, Edmund Burke conveyed a clear message to his electors on 3 November 1744: though chosen in a specific constituency, he was “not a member of Bristol”, but “a member of Parliament”. What does it mean, after the introduction of the EVEL procedure into the House of Commons, to be a Member of Parliament? Is there a risk that “different and hostile interests” will prevail upon “the interest of the whole”?

These questions stem from the observation that EVEL procedure, introduced on 22 October 2015 by amending the Standing Orders, “territorializes” the House of Commons. Presented by the Conservative Government as a response to the long-standing “West-Lothian Question”—which asks why should Scottish MPs have a vote in English-only affairs when English MPs have no right to vote on comparable issues in the Scottish Parliament—EVEL allows legislation at the United Kingdom level affecting England (or England-and-Wales) to be enacted only with the consent of Members of Parliament (MPs) for constituencies in England (or England-and-Wales), thus marginalising MPs representing devolved legislatures from some sub-stages of the legislative process. As already outlined in a post on this blog analysing the changes to the Standing Orders, the  McKay Commission—established in 2012 by the Coalition Government—explicitly warned against such a solution: “MPs from outside England should not be prevented from voting on matters before Parliament”, since this would create “different classes of MPs”. In the reading of the Commission, English MPs’ voice should have been strengthened through a declaratory resolution (similar to the Sewel Convention) normally requiring their consent on Bills affecting England only. In no case, should such a voice equal a veto, which is, by way of contrast, what the amended Standing Orders introduce. Indeed, after the report stage, a new stage of the legislative process is created in which only English/English and Welsh MPs—sitting in a  LGC (Legislative Grand Committee)—are asked to consent to Bills (or provisions of a Bill) that the Speaker certifies as “related exclusively to” England/England and Wales. As per Standing Order No. 83 W (8), “any Member who is not a member of a legislative grand committee may take part in the deliberations of the committee but shall not vote or make any motion or move any amendment”.  Moreover, the decision of the LGC cannot be overridden by the UK-wide majority, thus preventing any vetoed provision from reaching third reading.

The veto power is likely to introduce a new territorial cleavage within the House of Commons. In the specific cases in which EVEL applies, MPs will be called to vote upon Bills not necessarily in light of their political affiliation, their personal opinions or their constituency’s demands, but in light of their belonging to a specific territorial sub-national entity. This belonging, in its turn, can trigger exclusionary dynamics towards other MPs. Against this backdrop, a crucial question arises: “How consistent is EVEL with the House of Commons’ status as a United Kingdom legislature?”. Although the Public Administration and Constitutional Affairs Committee posed—among many others—this question in its call for evidence on the Government’s proposal to establish EVEL, the issue has not been extensively addressed in the written evidence. Few opinions raised the possibility that EVEL will foster divisive territorial disputes (Written evidence from the Federal Trust for Education and Research (EVE 13), p. 5) and will accentuate tensions, in particular when non-English MPs will feel overruled by the application of the procedure in case of indirect consequences of a Bill on their constituencies (Written evidence from the Mile End Institute, Queen Mary University of London (EVE 8), point 16).

In my opinion, EVEL is not completely consistent with the House of Common’s status as a United Kingdom legislature, because it channels legislative deliberation through territorial lines, deprives some MPs of their right to vote in specific sub-stages of the legislative process, and solicits MPs to pursue their particular sub-national interest rather than the general interest of the United Kingdom. It is not completely clear, indeed, what territorial representation means for a unitary rather than a federal State. The House of Commons is not the Second Chamber of a fully-fledged federal state such as Germany, where the single sub-national entities are empowered by the Constitution to express their interests and voice their claims within the Parliament. The House of Commons is, still, a UK legislature, and any attempt to draw a divisive line among different territories could affect the integrity of the Parliament and challenge the very same modern notion of political representation.

Modern legislative assemblies endorse a trustee model of representation, where the Members of Parliament pursue the general interest rather than the particular interests of their constituencies, and challenges the delegate model of representation, where the representative acts as an agent strictly bound by the mandate of his/her principals (H.F. Pitkin, The Concept of Representation, Berkeley: University of California Press, 1967). This latter model of representation, indeed, characterized the Parliament of the fourteenth century, which was simply a body authorizing the king to raise revenues. Consistently with the parliamentary power of bargaining with the Crown, the Parliament represented the interests and the grievances of those who selected its members. The mandate of the MP was not free, but legally bound by the instructions of the groups and territories—such as counties and boroughs—it meant to represent. By way of contrast, when the Parliament acquired the function to legislate (rather than bargain) with the Crown, the free mandate of the Member of Parliament emerged. Any representative entering the legislative assembly with a pre-constituted peculiar interest or with an onus to refer back to his constituency, would have precluded the soundness of the deliberation and jeopardized the genuine search for the common interest.

The trustee model of representation, currently embraced by several democratic Constitutions, found its first codification in the 1791 post-revolutionary French Constitution, which explicitly prohibited any form of mandatory instruction upon the elected representatives, and explicitly stated that they could not represent a particular department, but the entire nation (Title I, Chapter I, Section 3, Art. 7 of the 1791 French Constitution). Nevertheless, such a modern notion of representation—looking at the representative as a trustee rather than an agent of his/her electors—is a legacy of the common law tradition and can be traced back to Burke’s speech to the electors of Bristol. Burke’s fierce opposition to constituents’ “authoritative instructions”—also inspiring US constitutionalism—was based on the basic assumption that “government and legislation are matters of reasons and judgement and not of inclination”. So, “if the local constituent should have an interest, or should form an hasty opinion, evidently opposite to the real good of the rest of the community, the member for that place ought to be as far, as any other, from any endeavour to give it effect”.

In this respect, no matter how genuine and legitimate is the English feeling of unfairness with respect to further devolution plans, and how urgent is the “English question”, the solution to this question should not be found within the House of Commons—considered as a legislature of the entire United Kingdom, and not of England—if it produces effects “evidently opposite to the rest of the community”. The parliamentary debate on the Housing and Planning Bill, the very first Bill subject to the EVEL procedure in February 2016, shows the potential of the procedure to affect the integrity of the House of Commons as a UK legislature. “For the first time in the history of this House and this Parliament” —a non-English MP from the SNP noted— “Members of Parliament will be banned from participating in Divisions of this House, based on nationality and the geographic location of their constituencies”. Should Scottish people share the SNP’s extremely critical position, EVEL might lead to a paradoxical outcome: introduced to address the desire of fairness of English MPs in order to keep the Kingdom united, the new procedure might increase a sense of unfairness among non-English MPs. In this respect, the procedure holds a possible divisive potential. (On the complexity of public policies used to manage national diversity in a unitary States such as the UK see S. Tierney, Giving with one hand: Scottish devolution within a unitary state, I-CON, Volume 5, Number 4, 2007, pp. 730–753.)

It should not be forgotten that when the West Lothian question was framed, during the devolution debate in the late 1970s, Tam Dalyell, the Labour MP representing the “West Lothian” constituency, asked “for how long will English constituencies and English hon Members tolerate….at least 119 hon. Members from Scotland, Wales and Northern Ireland exercising an important, and probably often decisive, effect on English politics while they themselves have no say in the same matters in Scotland, Wales and Ireland”. EVEL seems to address only the first part of the problem, putting an end to the “tolerance” of English MPs, completely disregarding the second part of the problem, namely that the devolution process significantly affected also non-English MPs status by decreasing their capacity to be fully representative of their territories. Having already “no say”—as Tam Dalyell observed—in policy fields for which the devolved Parliaments are responsible, after the introduction of EVEL non-English MPs will suffer from a further exclusion from some stages of the legislative process.

If EVEL seems to reduce the status of non-English MPs to that of “international observers”—as declared by Pete Wishart MP during the Housing Bill debate—it also creates some ambiguities around the status of English MPs. The latter, indeed, have not been elected to rule on English affairs—as if they were members of a sub-national English Parliament—but as Members of a UK legislature. By way of contrast, in light of the new procedure, English MPs could be highly responsive to the threat of sanction by their constituencies if they do not act as the guardian of English interest, which is something more familiar to a delegate than to a trustee model of representation.  It remains to be seen, for example, if the decision of Labour English MPs not to take part in the EVEL procedure during the approval of the Housing and Planning Bill will have a negative impact within their electorate.

To conclude, EVEL introduces a territorial cleavage within the House of Commons which is not related to the “neutrality” of the constituency as an electoral district but to the potentially “exclusionary” sense of belonging to a particular sub-national entity. This new cleavage might affect both the modern notion of political representation and the status of the House of Commons as a UK legislature. The 2013 McKay Commission’s report, called to find a solution to the “English Question”, had the merit to propose two suggestions—which I found consistent with Edmund Burke’s legacy. First, “the concerns of England should be met without provoking an adverse reaction outside England” (Executive summary, 25 March 2013, point 15). Most importantly, “the right of the House of Commons as a whole to make the final decision should remain…MPs from outside England would then continue to vote on all legislation but with prior knowledge of what the view from England is” (Ibid., point 14). Unfortunately, these suggestions have not been completely followed in changing the House of Commons Standing Orders.