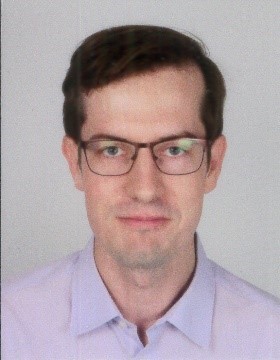 Preambles are a hallmark of constitutions, and questions regarding their inclusion and content are an important part of the drafting process: a clear majority of the 194 constitutions analysed by the Constitute Project opted in favour of more or less expansive preambles. In this country, an early draft of a Constitution for the UK by the Institute for Public Policy Research included a preamble, and a more recent effort of the Institute of Public Affairs at LSE at crowdsourcing a UK Constitution will likely address the question in due course. Certainly, we would not deem a preamble an absolute necessity. There is a sizeable minority of written Constitutions without preambles. Most recently in the UK, the draft Scottish Independence Bill (2014), whose Part 2 was intended to serve as an interim constitution in the event of independence, contained no preamble.

In spite of the mixed evidence on the necessity preambles, we may well have good reasons to incorporate them into constitutions: preambles express aspirations, hopes and commitments to higher ideals in a particularly exalted language. As Peter Häberle surmised, they thus attempt to foster a link to the history and culture of a nation, provide a justification and rationalization for the birth of the constitution, and establish a connection with its citizens, while also influencing the interpretation and application of the law. The legal relevance of preambles may not always be directly apparent, and many lawyers, as Häberle writes, have a tendency to rashly and “gladly overlook [preambles] in order to arrive more swiftly at the ‘core’ (…), the actual legal text.” (p. 201). The vague language employed and the often unattainable utopian visions expressed do not readily lend themselves to established approaches of legal interpretation. Even with the supposedly more tangible principles, it is not always clear if and how these interact with the subsequent legal text or if they constitute legal rules in their own right.

Häberle took it upon himself to provide an account of preambles in the early 1980s. In light of the forthcoming publication of the English translation, I want to draw on three key insights from his account which may help us better conceptualize the often underestimated relevance and peculiarities of constitutional preambles.

The first insight provided by Häberle is that preambles have a unique language style. Especially in the context of the German post-WWII constitutions that Häberle predominantly examines, preambles clearly seek both to justify the following constitutional text and to consciously break with the Nazi regime. They offer themselves as an antithesis to the horrors that were inflicted upon the world. In this sense, preambles operate both with a view to the present and the future, and always mindful of the past that brought them into existence. The language style of constitutions, according to Häberle, reflects this and may hence be distinguished into three categories: (1) the celebratory language, which recalls the special circumstances and significance of the events in which the constitution comes into being; (2) the plain language, which seeks to address the citizen directly and offer a means of identification with the following constitutional text and (3) the professional language, which would be recognized immediately by constitutional lawyers as providing guidelines on the law. These may not necessarily all be present in the constitutional text as such, but in the preamble they tend to collide. To Häberle, this is due to the aspiration of preambles to define the central principles that should underlie the interpretation of the subsequent text.

The constitutional text often expands the principles stated in the preamble. However, preambles cannot “replace” norms, and are better understood as a normative “master plan” than as a source of directly enforceable rules (p. 204). They require additional specification before they rise above mere “moral appeal[s] without immediate legal obligations” (p. 204). For instance, a formal commitment to human rights leads to more specific provisions in a subsequent bill of rights (p. 201). That is, however, not to say that they have no legal effect.

Conversely, the more precise provisions following preambles do not, on their own, reflect a comprehensive principle: both preambles and subsequent provisions interact with each other. Häberle particularly identifies four modes of interaction:

However, preambles should not be thought of as overbearing, self-contained constitutions within constitutions. They are themselves subject to reasonable limitation through subsequently codified constitutional principles (p. 204).

Religious references in preambles, for instance, should not be interpreted as a limit on religious freedoms or as enshrining a particular religion as a state religion. This would contradict well established principles in (western) constitutional states, particularly those requiring religious and ideological neutrality. Rather, according to Häberle, the interpretation of preambles not only limits, but is itself limited by the constitutional text.

This broadly follows the German constitutional principles of the Unity of the Constitution (“Einheit der Verfassung”) and Practical Concordance (“praktische Konkordanz”). The former requires that the German Basic Law be read and interpreted as a whole: no Article should be interpreted in isolation and there is a presumption of harmony between the provisions that can and must be realised by reference to common, higher constitutional principles (such as human dignity). It serves to address supposed contradictions within the Constitution, as for instance those between Articles 38 (free mandate of elected representatives) and 21 (party-based democracy).

This is closely related to the principle of Practical Concordance, as popularised by the German legal scholar Konrad Hesse and expressly adopted by the German Constitutional Court. It applies chiefly to conflicts between competing rights by determining that in balancing the conflicting interests, we must seek to optimise both rights to the greatest possible extent. In a conflict, for instance between freedom of expression and freedom of religion, neither can be generally presumed to enjoy precedence over the other. Rather, both must be optimised to the extent possible within the circumstances of a given case, and abstract hierarchical rules are generally rejected. Preambles thus do not stand apart from the Constitution, they must integrate themselves into the grander whole, but they go beyond mere “decorative ornaments.” Preambles may well have very practical implications through legal interpretation and application.

Häberle therefore believes that preambles are unlikely to, or at least ought not, have overshadowing normative weight. However, he observes that even those constitutions that reject them generally contain elements of preambles, albeit scattered throughout the constitutional text. Hence he concludes that preambles evidently satisfy certain needs by expressing fundamental principles and thereby fulfilling a number of functions:

Depending on the content, preambles may present their message through different language styles (celebratory, plain and professional) in order to address the society as such, the citizen or the legal professional respectively. Overall, Häberle surmises that preambles are “an appeal to all citizens and a directive for lawyers” (p. 212) and that the drafting of preambles is a “piece of rational constitutional art, even in so far as it concerns itself with the irrational (…)” (p. 211). They are thus a fusion of aspirational ideals and practical legal work, acting as an intersection between the legal professional, the citizen and society at large, as well as providing a forum for the constitutional interpreters in an open society.

Stefan Theil is a PhD candidate in Law at the University of Cambridge and authored the translation of Peter Häberle’s paper into English.