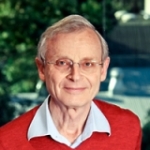 In Australia as in England, courts began “reading down” legislative grants of broad and seemingly unfettered discretionary power long before the currently fashionable “principle of legality” entered the public lawyer’s lexicon. Judges typically explained themselves as merely engaging in an exercise of statutory interpretation, saying that in the absence of express words or an absolutely necessary implication to the contrary, they could not believe that Parliament intended to override fundamental principles, rights, or freedoms. Legislative drafters, they reasoned, were well aware of this interpretive approach, and could always respond with clearer language.

The only real novelty of the principle of legality was to add a “democratic” justification to the judicial claim of disbelief; any government seeking such an untoward power should be forced to ‘fess up to the Parliament, and face the political music. But if the actual intentions of the legislators were determinative, then both the curial expression of disbelief and the more recent democracy-forcing justification would be entirely unconvincing. Government can state its intention with absolute clarity and transparency, but to no avail if the statutory text itself leaves any loophole; what counts is statutory meaning, not legislative intent. In every case considered below, the government’s actual intentions could not have been clearer, nor more clearly stated during the Bill stages.

None of this would strike English readers as particularly noteworthy, although they might consider it further grist to the mill of the perennial debates about the limits (if any) to Parliamentary supremacy. The UK Supreme Court and its predecessor have occasionally suggested the possibility of outright disobedience to legislation threatening the rule of law itself, the usual instance being a privative clause so clearly drafted as to leave no wriggle-room whatsoever. For the moment, however, the UK Parliament has not tested the judicial mettle. Australian parliaments pushed the issue considerably further, but they have surprisingly little to show for their efforts. Indeed, they may well be playing with fire. Australia’s judicial review jurisdictions are constitutionally entrenched, and legislative attempts to get around that might end up nudging the courts beyond a judicial review jurisprudence focused primarily on good process, to a review that is overtly more substantive.

The story starts with privative clauses, which in Australia have long gone much further than the Anisminic Act’s exclusion of certiorari. Working around “no certiorari” clauses was always easy, because they could be read down to apply only to certiorari for non-jurisdictional errors of law, a work-around that English courts might now find slightly more difficult in light of their decision that all errors of law are reviewable for invalidity. However, Australian privative clauses went further, banning judicial review remedies (such as prohibition and mandamus) that were only ever available to overturn decisions or conduct that were invalid. For more than 60 years, the High Court adopted a convoluted, interpretive approach to privative clauses (see R v Hickman; Ex parte Fox and Clinton (1945) ).  As an exercise in interpretation, it was scarcely convincing, but at least it applied to both federal and State Acts, in an era when everyone had assumed that the judicial review powers of the State courts were not entrenched. That assumption has now been overturned by a decision with a dubious historical premise that nevertheless led to a result that everyone has welcomed.  Now that the interpretive approach to privative clauses is no longer needed, the High Court’s approach is much more straight forward – they can never diminish judicial review for “jurisdictional error”.

Shortly after the High Court had gutted a federal privative clause, it did the same to a limitation clause that had failed to allow the court the discretion to extend a strict statutory deadline for seeking judicial review.

With privative clauses and limitations clauses now being a waste of ink, attention is now turned to whether legislatures can use other methods to exclude some, or even all, of the basic tenets of judicial review. In all probability, the fight is still in its infancy, but it is producing some surprising results.

The common law’s procedural fairness requirements are famously indeterminate, but they did not start causing serious problems for the immigration bureaucracy until the mid-1980s. That was when the High Court expanded the protective reach of natural justice beyond legal rights to “legitimate expectations”, an expansion designed to accord fair process to migrants with no legal rights whatsoever to stay in the country. Natural justice challenges flourished, and immigration ministers responded by trying to replace the common law rules of procedural fairness with a statutory code of procedure. Their first attempt was to insert into the Act a very detailed set of procedures, supplemented by two novel features. The new procedures themselves came with a new sub-heading, namely:

Code of procedure for dealing fairly, efficiently and quickly with visa applications.

Further, they included a provision that a Minister who

deals with a visa application in a way that complies with [the new procedures] … is not required to take any other action in dealing with it.

The court acknowledged that the Minister had told parliament that his amendments would replace the common law’s natural justice requirements, but what counted was the meaning of the statutory text itself, which in this case did not actually say that it supplanted the common law.

taken to be an exhaustive statement of the requirements of the natural justice hearing rule in relation to the matters .. [dealt] with.

The High Court found two loopholes in that one. In 2010, the court said that the new procedures did not deal with visa applications made from abroad, with the surprising result that even though foreign-based applicants had no access to tribunal reviews, they did get some procedural protections denied to applications made within Australia.

The court went even further this year, in Minister for Immigration v Li. It struck down a migration decision because the tribunal had given no good reason for refusing to delay the hearing to give the appellant time to organise proper evidence of her work qualifications. The tribunal had forced on a hearing when it appeared fairly clear that a gap in the appellant’s documentation had been the fault of another government agency, and was in the process of being remedied.

The Li tribunal had a specific power to grant the adjournment request, but because the Act was silent on how to treat (ie, “deal with”) such requests, French CJ said that it had no procedure to supplant the common law’s natural justice requirements for dealing fairly with adjournment applications. That loophole might have been a step too far for the other judges; in any event, they chose not to explore it. Instead, they said that requirements of natural justice, “reasonableness”, and “rationality” overlap, and that even if (although this was not decided) the Act supplanted the common law’s natural justice, the tribunal had nevertheless to act reasonably or rationally in everything it did (French CJ also gave this as a reason for granting judicial review).

By itself, Li‘s manipulation of the labels was no great surprise, because the court has form in outflanking a statutory ban of one ground of review by using another ground in its stead. But in a decision that will have government lawyers pondering for some time, Li did much more than that.

Wednesbury unreasonableness was until Li the last card in an Australian lawyer’s pack – a plea for desparate counsel. In stark contrast to the English position, the Australian version of Wednesbury unreasonableness virtually required the challenged decision to have been so unreasonable that it was almost lunatic. Until Li, the fear was that anything less demanding would see Wednesbury slide inexorably into “merits in drag” (The epithet comes from New Zealand (Powerco Ltd v Commerce Commission at [24], but it has resonated in Australia, eg: Real Estate and Business Agents Supervisory Board v Carey at [58]). The court had been comfortable with the “process” grounds of judicial review, but distinctly uncomfortable with anything verging on a substantive, or qualitative, review ground.

The legal standard of unreasonableness should not be considered as limited to what is in effect an irrational, if not bizarre, decision – which is to say one that is so unreasonable that no reasonable person could have arrived at it … (at [68])

The paradox is that this latest round of tightening the migration legislation’s procedural requirements has pushed the High Court into frankly substantive review. This might be only at the margins, but it was something the court had previously denied doing. Even Kirby J had once claimed (at [132]) that a court reviewing for serious irrationality or illogicality was looking only at process (namely, a reasoning process), rather than assessing the quality of the impugned decision.

Less than a month after the Li decision, Hayne J hinted at even further difficulties for governments seeking to limit judicial review of migration decisions (at [85]-[88]).  His Honour revived an opaque warning that the court had delivered more than a decade before (at [101]), in response to a government argument that the Act could be amended to grant the Minister plenary power over all non-citizens. The argument was that the parliament could stipulate that no breach of its requirements, nor any breach of common law requirements, would result in invalidity – in effect, that the entire Act was comprised of merely “directory” provisions. The odds of parliament actually doing that must be fairly remote, because governments themselves sometimes apply for judicial review, seeking to bring tribunals or agencies back into line. But the court’s warning is to the effect that this might not even be a “law”, because laws need to have some determinate content.

How things have changed. One can well understand a judicial distaste for the idea of an Act granting the Minister plenary discretionary power over aliens, but it is quite remarkable to threaten to strike down such an Act on the basis that it would not really be a law. Canberra’s first immigration Act ran for a mere 7 pages, which gave the Minister sufficient discretionary power to sustain the administration of a racist White Australia Policy. Almost 60 years later, and the replacement Act was still only 36 pages long, and its core was still a small group of sections granting virtually plenary power to the Minister. The Act’s first massive expansion did not occur until 1989 (when it grew by slightly more than 100 pages). It is now in two volumes totalling nearly 850 pages, and there is no sign of it getting any shorter. Is the court really suggesting that an Act without this level of detail is not a real law?