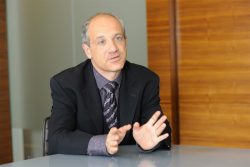 The Subsidy Control Bill, now going through the House of Commons, creates the domestic replacement for the EU State aid regime.  So it might be regarded as legislation of interest only to those who reside in the land of competition law: a distant land of which State aid law is a particularly exotic and remote peninsula.  Any such view would, however, be profoundly wrong.  On the contrary, the Bill sets up a new type of public litigation, covering a very wide range of public authority decisions, that should be of considerable interest to public lawyers and its application to legislation will be of interest to constitutional lawyers as well.

The structure of the Bill

Clause 12 of the Bill is the core provision: it creates a duty on public authorities, when they take a decision to grant a subsidy, to consider “subsidy control principles” and not to grant the subsidy unless it is consistent with those principles.  Those subsidy control principles are set out in Schedule 1 to the Bill: they are open-textured principles that involve considerable scope for judgement and policy disagreement (for example: “Subsidies should be an appropriate policy instrument for achieving their specific policy objective and that objective cannot be achieved through other, less distortive, means”: principle E).  Chapter 2 of Part 2 of the Bill also prohibits certain subsidies: in some case the prohibition is “bright line” (for example, a prohibition on unlimited guarantees in clause 15); but in other cases it is more open-textured (for example, the prohibition in clause 29 on subsidies to restructure ailing or insolvent enterprises unless, among other conditions, there is a “credible” restructuring plan).

The definition of what is a subsidy occupies clauses 2-5.  As in State aid and WTO subsidy law, the definition includes a wide range of ways in which public authorities can give advantages to businesses.  As well as grants, it includes: loans and guarantees; providing or purchasing goods or services; and foregoing revenue that is otherwise due.   It expressly includes certain tax measures (clause 4 being particularly relevant to those).  So a very wide range of public decision-making affecting business is covered.

However, the definition of a subsidy expressly excludes measures that are not capable of affecting trade or competition, as well as transactions that are not any more favourable to the recipient than would have been available on the market (for example, a public authority loan to a business that is on no better terms than those that would have been offered by a bank).  Both those exclusions are open-textured and capable of providing ample basis for disagreement of fact and assessment of fact.  There are also, in later parts of the Bill, bright-line exclusions, such as the exclusion for subsidies of less than £315,000, as well as exclusions for subsidies granted in relation to natural disasters, economic emergencies and maintaining financial stability.

The Secretary of State also has a wide power to refer a subsidy to the CMA after its grant if he considers that the Bill has not been complied with or if the subsidy carries a risk of negative effects on competition or trade: clause 60.

The duty to consider the subsidy control principles before granting a subsidy is alleviated by the possibility of “subsidy schemes” (clause 10).  These are, essentially, frameworks set out by the granting authority, and are subject to the same obligations as a subsidy would be: but once the scheme decision has been taken, any subsequent subsidy fitting within the scheme can be granted without further consideration of the subsidy control principles.  It is also possible for the UK and devolved governments to make subsidy schemes covering grants made by other public authorities (so that, for example, the Welsh Government could make a subsidy scheme allowing, say, grants of up to a certain amount for the purposes of promoting Welsh language and culture to be given by any Welsh local authority without the grantor having to consider the subsidy control principles before doing so).  Like subsidies, subsidy schemes in some cases must be, and in some cases may be, referred to the CMA for advice before they are made.

Finally, and importantly, there are transparency obligations (clauses 32-34).  Any subsidy granted by a public authority must be entered on a public “subsidy database” with such details as may be set out in regulations made by the Secretary of State.  (Where a subsidy is made under a subsidy scheme, the duty applies only if the subsidy exceeds £500,000).  The entry must be made within six months of the decision or (in the case of tax measures) within one year from the date of the relevant tax return.

The CMA has no powers of enforcement.  So the ultimate answer to the question “why should we take any notice of the requirements of the Bill?” is the risk of judicial review.

The Bill sets up a new judicial review regime that applies to “subsidy decisions”: an “interested party” may apply to the Competition Appeal Tribunal (CAT) for judicial review of such a decision (clause 70(1)).  The CAT (set up by the Enterprise Act 2002) is a UK tribunal consisting of a legal chairman (usually its President or a High Court or Court of Session judge) and two experts in competition law or economics: appeals from it lie to the Court of Appeal or Inner House.  The CAT is to exercise its powers on a judicial review or supervisory jurisdiction basis.

In addition to the role of the CAT, there are four further particular features of the special judicial review regime that will apply to subsidy decisions.

First, the concept of “interested party” (who has standing to bring a challenge) is circumscribed by clause 70(7)(a): it is either (a) “a person whose interests may be affected by the giving of the subsidy or making of the subsidy scheme” or (b) the Secretary of State.

Second, a very strict time limit of only one month applies from the “transparency date” (the date on which details of the subsidy are placed on the database): clause 71 (inserting a new rule 98A into the CAT Rules).   However, the wording of rule 98A(1) (“before the end of one month beginning with the relevant date” – the “relevant date” being, by default, the transparency date) would appear to permit an application before the transparency date if the subsidy is made public (or the applicant gets to hear about it) beforehand: in such a case the rule 98A limit could turn out to be more generous than the standard English time limit for judicial review (promptly and in any event within 3 months of the decision)..

Third, and to some extent also in mitigation of the strict time limit, interested parties are given a right in clause 76 to pre-action disclosure of “such information as would enable, or assist in, the making of a determination as to whether the subsidy was given” in accordance with the Bill: essentially, a form of pre-action duty of candour.  Such a request must be made within one month of the transparency date and must be answered within 28 days: once answered there is then a further month within which an application to the CAT must be made.  However, it is also important to note that clause 76 does not give any right to pre-action disclosure in relation to common-law grounds such as bias or lack of power.

Finally, in addition to the usual powers available to the High Court or Court of Session in judicial review cases, the CAT is given, by clause 74, the power (if it grants any remedy in the usual suite of public law remedies) also to order that the granting authority recover the amount of the subsidy granted by the decision at issue from the recipient.   The power is given at large (“may”): but since Article 373 of the TCA obliges the United Kingdom to “have in place an effective mechanism of recovery in respect of subsidies” and states that “the Parties recognise that recovery is an important remedial tool in any system of subsidy control”, it is likely that a recovery order would be the rule rather than an exception.

This post sets out the basic framework of the Bill.  In a second post on this blog I will look at the application of the Bill to legislation, and look at various uncertainties and concerns about how the judicial review provisions will work and about enforcement of the Bill more generally.

George Peretz QC is a barrister practising in public law at Monckton Chambers.