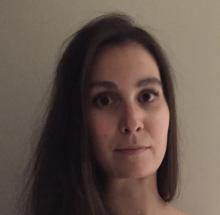 The New Zealand Government recently lifted its “Level 4” COVID-19 restrictions. Significant restrictions, including coercive powers restricting basic liberties, remain active. Parliament’s Epidemic Response Committee is now planning to issue summonses for the production of legal advice given to the Government for these extraordinary measures. This advice is covered by legal professional privilege, which can be waived by the Government. This note explores the current context of scrutiny of the lawfulness of New Zealand’s lockdown measures, and what could (and should) be done by Parliament, if the Government refuses to waive its privilege.

New Zealand’s lockdown and questions about its lawfulness

The legal status and lawfulness of New Zealand’s lockdown restrictions has recently been discussed on this Blog by Professors Andrew Geddis and Claudia Geiringer. In summary, the Government acted under legislation covering national epidemic and emergency responses, to activate emergency powers, including those conferred to medical officers under the Health Act 1956. Under section 70, the Director-General of Health issued notices ordering that coercive and enforceable measures be taken, significantly restricting civil liberties, including measures to isolate or quarantine individuals.

As Professors Geddis and Geiringer have argued, it is not entirely clear the legislation provides a sound legal basis for the extraordinary and coercive measures the Government has taken. Questions arise about whether the notices issued were ultra vires the legislation, specifically, beyond that which section 70 actually permits in law. Although these questions were dismissed recently in the High Court in a review of the lawfulness of the lockdown (A v Ardern), as Professors Geddis and Geiringer argue, the motivations, context and specific arguments of those applications meant that that particular legal challenge was “doomed to fail”. In any event, Justice Peters’s rejection of the contention that one of the notices was ultra vires is obiter – the case was not argued on those grounds, and was dismissed on different grounds.

Further questions can be raised about whether the notices issued were “demonstrably justified”, or proportionate, limitations upon the rights and liberties protected in the New Zealand Bill of Rights Act 1990, as required by section 5. As Professors Geddis and Geiringer argue, aspects of the section 70 notices and concomitant measures suggest a disproportionality between means (the degree of interference with liberties) and ends (response to the global pandemic). These matters were not raised or addressed in A v Ardern.

Since A v Ardern, New Zealand’s Police Commissioner has had to respond to concerns raised about the legal basis for police powers to enforce lockdown orders. The Deputy Police Commissioner had expressed such concerns in the initial stages of the lockdown, and governmental legal advisors had also warned there was little or no legal basis for police powers of enforcement, at least at the beginning of the lockdown and before subsequent section 70 notices were issued.

Serious questions therefore remain about the lawfulness of the extraordinary, coercive powers exercised by the New Zealand Government over the past several weeks.

It is in this context that the New Zealand Parliament’s Epidemic Response Committee is planning to issue summonses to the Solicitor-General, the Director-General of Health, and the Police Commissioner, to produce the legal advice given to the Government for these extraordinary measures.

This Committee is a parliamentary select committee, set up on 25 March to continue scrutiny of executive government during the lockdown, when ordinary operation of the House of Representatives was effectively disabled. Its responsibility is to consider matters relating to the Government’s management of COVID-19, and to report to the House on these matters.

The power of a select committee to issue summonses that a person appear or documents be produced is set out in the Standing Orders of the House of Representatives. Such a summons must be signed by the Speaker of the House, and is served at the Speaker’s direction.

On 30 April the Epidemic Response Committee asked the Director-General of Health and the Police Commissioner to provide the date, subjects and source of all legal advice they received regarding the relevant Health Act powers. Both responded on 5 May with the details required, but not the substantive advice, which was not sought. Provided that the Speaker’s signature is obtained for the summonses, the Committee could now, as it has said it intends to, order that legal advice to be revealed.

The legal advice, as legal advice, is subject to solicitor-client privilege, exempting it from ordinary disclosure obligations, including under the Official Information Act 1982, and Privacy Act 1993, and Evidence Act 2006. However, the privilege is not absolute, and can be lifted by the courts and by Parliament. This privilege can also be waived by the client: here, the Director-General of Health and the Police Commissioner.

Solicitor-client privilege is an ancient common law privilege. It is underpinned, in great part, by the concern to protect liberty, through the maintenance of a fair and accessible justice system: it serves to ensure all persons can receive and act upon legal advice without fear of interference, self-incrimination and forfeiting their liberties and entitlements. It is central to the administration of justice (B v Auckland District Law Society).

When the Crown is client, privilege serves not only to uphold the proper administration of justice, but also to protect the Government from improper interference by the other branches of government: the courts and Parliament. In the constitutional context, the privilege also is a component of the doctrine of separation of powers. Routine judicial or parliamentary insight into legal advice provided to executive government would undermine the separation of powers, and could thereby impede the efficient and proper administration of government. It could also undermine the comity between the three branches, and the respect and restraint practised as part of the separation of powers in Westminster governments, where the division of powers is not entrenched, and not as strictly observed, as in other constitutional arrangements (for example, in the US and Australia).

Nevertheless, if the New Zealand Government declines to waive privilege over this legal advice, Parliament can lift that privilege, through any summons issued on behalf of the Epidemic Response Committee and at the Speaker’s direction. The power to issue summonses is, as with all powers of Parliament, governed by the law of Parliament, and covered by parliamentary privilege of exclusive cognisance: it cannot be challenged in the courts. Once the Speaker directs that such a summons be issued, the Government would be forced to disclose the legal advice provided.

If it refuses to comply, the Government may be held in contempt of Parliament. Failing to obey a summons issued by order of the Speaker is a specific example of contempt set out in the Standing Orders. Many in the United Kingdom will remember that Theresa May’s Government was held in contempt of Parliament in 2018, for Attorney-General Geoffrey Cox’s initial refusal to disclose in full Cabinet legal advice on the Brexit deal.

Parliamentary sovereignty and legal accountability of the Government

The principles underpinning Crown legal professional privilege (proper administration of justice, and separation of powers) are important for the reasons stated above, and the Epidemic Response Committee should advert to them before issuing any summonses.

Separation of powers is not the only, and certainly not the primary, constitutional principle in New Zealand’s Westminster system: the sovereignty (and supremacy) of Parliament, and the rule of law (as legal accountability of executive action), are pillars of the constitution, upholding the liberal democratic order, in the absence of a codified and entrenched constitution. Whereas elsewhere the separation of powers rigidly divides governmental power in large part to protect individual liberty from the concentration of power in one entity, in New Zealand (as in the UK) it is not so rigid, and not the primary means of controlling governmental power and protecting liberty. Parliamentary sovereignty and the rule of law serve instead as the primary mechanisms for such protection. Above all, the separation of powers, itself a means of tempering the excesses of governmental power, should not be deployed to undermine Parliament’s attempts to hold the Government to account.

Parliamentary sovereignty importantly ensures the political accountability and democratic legitimacy of governmental action. New Zealand’s Parliament is composed of an elected House of Representatives and the Queen, and is the provider and scrutiniser of Government. It provides executive government according to representative democracy by recognising as Head of Government the leader of that party of elected members which commands control of the House. It scrutinises executive government by requiring Ministers answer to the House for their actions, and by conducting select committee inquiries into matters of government (amongst other matters). Parliament’s sovereignty is reflected in the exclusive cognisance it has over its proceedings: the power of select committees to issue summonses is not restricted either by judicial or executive limitations, and it is regulated solely and directly by an elected House of Representatives.

It is with that democratic mandate that Parliament’s select committees can choose to compel the Government to reveal information, including its legal advice, even if it may test the separation of powers. In a state of emergency, where the Government has activated extraordinary powers restricting liberties, a select committee set up exclusively for the purpose of scrutinising the Government’s actions in that emergency ought to prioritise its democratic responsibility, as a function of a sovereign Parliament, to hold the Government to account. Where the Government’s actions are of questionable legality, as they are here, a sovereign Parliament’s responsibility to its electors must take precedence over its concern not to interfere with the executive’s administration of government. A crucial part of Parliament’s responsibility in scrutinising a Government exercising extraordinary coercive and liberty-diminishing powers is to ascertain whether the Government chose to follow legal advice about the limits of its powers.

Questionable legality of governmental powers implicates the rule of law, and straightforwardly so. Where the particular executive action in question has had an immediate, immense and all-encompassing effect on individuals’ liberties, the need intensifies for Parliament, alongside the courts, to assess the legality of governmental action. It may be that another, more appropriately framed, judicial review is brought before the High Court; until then, there is a pressing demand that the parliamentary committee specifically responsible for monitoring the Government’s actions at this time be able to ascertain whether and how the Government has been acting in accordance with law. Legal accountability of governmental action is not the exclusive domain of the courts, and especially not in such extraordinary circumstances.

When receiving the Crown Law advice it has said it will seek, the Epidemic Response Committee is not obliged to make it public. Select Committees are empowered to receive private or secret evidence, to conduct confidential proceedings, and to produce confidential or redacted reports. If appropriate, this could reduce the negative effects of lifting privilege.

These negative effects – testing the separation of powers and the importance of solicitor-client privilege – should be assessed in the context of the state of emergency currently in place in New Zealand. Parliamentary sovereignty and the rule of law are not suspended in states of emergency; on the contrary, it becomes all the more imperative that executive government be held accountable for its actions. New Zealand has not entered Schmittian ‘exception’ territory – yet. So much is clear from the very establishment of the Epidemic Response Committee, which should discharge its democratic responsibilities to scrutinise and hold Government to account.