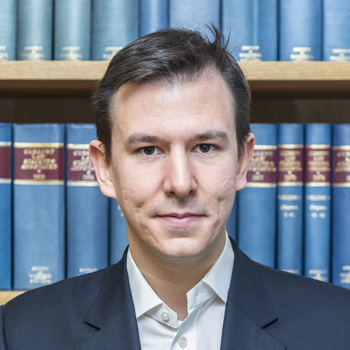 What does it take to become a paradigmatic case of a constitutional state acting in reaction to a pandemic? A government listening to healthcare experts and a constitutional structure that has foreseen the need to cautiously provide for emergency action.

Greece has frequently been in the news during the last decade. It was the epicentre of the most severe economic crisis the Eurozone has experienced and bailout programmes have caused a significant amount of political unrest. In 2015, turmoil resulted in a referendum that almost kicked the country out of the Eurozone. Through this debate, the Constitution was frequently blamed for the economic decay: it was perceived as too wordy and counterproductive, over-regulating in a way which was in many cases perceived as irrational. Enacted in 1975, the Constitution was considered to depict the fears and anxieties of the 7-year military junta that preceded it, while times were calling for a new, pro-business and much more flexible constitutional design.

Despite the criticism, the Greek Constitution withstood the pressures and provided the framework for overcoming the economic crisis without revolutionary ‘constitutional moments’ or major judicial activism that could put the bailout programmes at risk. Now, during the novel coronavirus crisis, it seems that it has again provided a highly effective framework for dealing with the necessary lockdown measures.

As governments across the globe adopt equivalent emergency measures – almost half of the world’s population is under lockdown – there is a lot of debate over the constitutionality of these strict and unprecedented restrictions. In the UK, this debate is taking place over the relation of the new framework (especially the Health Protection (Coronavirus, Restrictions) (England) Regulations 2020 (Reg 6) and the Health Protection (Coronavirus Restrictions) (Wales) Regulations 2020 (Reg 8) with much older statutes, such as the Public Health (Control of Disease) Act 1984. Yet, in countries with a capital C Constitution, like Greece, this discussion is focusing on the compliance of the coronavirus measures, either legislative or executive, with the hierarchically superior, codified constitutional text.

Codified constitutions are characterised by the generality of their provisions and, in many cases, their rigidity and inability to regulate unforeseeable situations, like the current coronavirus crisis. In Greece though, it seems that the Greek Constitution has provided for the present situation, not only safeguarding the protection of constitutional rights, but also enabling the government effectively to tackle an unprecedented danger. The Greek Constitution stands in contrast to the Constitutions of a number of European states, which are either too vague, exaggerating ongoing uncertainties, or too ‘permissive’, allowing strong leaders to capture more special powers. An example of a public health emergency framework that reinforces uncertainties is the UK framework. The debate in the UK is whether measures should have been made under public health powers Public Health (Control of Disease) Act 1984 or other emergency powers (e.g. Civil Contingencies Act 2004). This debate has arguably led to a delay in the adoption of appropriate measures in the UK. At the opposite end of the spectrum stands Hungary, whose Prime Minister Viktor Orban seized extra ‘near-dictatorial’ powers on the basis of new legislation extending the state of emergency.

Contrary to these lacking constitutional frameworks, the Greek Constitution has been more than adequate to enable an effective response to the COVID-19 crisis. More specifically, there are two mechanisms whereby the Greek Constitution enables the government to take drastic measures in order to protect public health. The first is encapsulated in the interpretative clause of Art 5, which provides for an exception to the right of free movement, stating that the constitutional prohibition of restrictive measures does not preclude ‘the imposition of measures necessary for the protection of public health or the health of sick persons, as specified by law’. Thus, the Constitution has a priori ensured that ‘lockdown’ measures do not deviate from the values protected by the corpus of Greek constitutional rights.

At this point, a second parameter must be considered: the timely tackling of such an unprecedented situation calls for a speedy government reaction, which may contravene the formal requirements of decision-making procedure. The Greek government though has wisely used another constitutional mechanism of enabling state action in times of crisis, the so-called ‘acts of legislative content’. According to Art 44 of the Greek Constitution:

Under extraordinary circumstances of an urgent and unforeseeable need, the President of the Republic may, upon the proposal of the Cabinet, issue acts of legislative content. Such acts shall be submitted to Parliament for ratification, as specified in the provisions of article 72 paragraph 1, within forty days of their issuance or within forty days from the convocation of a parliamentary session. Should such acts not be submitted to Parliament within the above time-limits or if they should not be ratified by Parliament within three months of their submission, they will henceforth cease to be in force.

The Greek government made use of this enabling provision, issuing acts of legislative content, the most important of which on the 20th of March. Through this mechanism, not only did the government provide for the first measures tackling the containment of the spread of coronavirus, but also wisely delegated to ministers the power take additional measures, if things worsened. This happened on 23rd of March, drastically restricting the spread of the virus. Indicative of the political acceptance of the constitutionality and effectiveness of the measures is the fact that, when the relevant ‘acts of legislative content’ were submitted to Parliament for ratification, they were ratified by a majority larger than that of the government MPs and were voted down only by the Greek Communist Party. The provisions of the Greek constitution are not unique, yet their careful implementation, without infringing on rights, has been proven by the wide political consensus approving these measures. This political unity is marking a new era for Greek constitutionalism as an idea of enabling the government to promote the common good.

Therefore, the Greek Constitution has provided for both the substantive and procedural framework for government reaction to an unprecedented crisis. It is impressive that this task has been effectively accomplished by one of the most frequently attacked Constitutions in academic literature. Nevertheless, not only did the Greek Constitution endure the most severe economic crisis of our times, but also effectively carved out of a new crisis a few years later. This happened without the dangers of uncontrolled executive action seen in other countries around the world, and most surprisingly in other Member States of the EU. Of course, it takes two to tango: the Greek Government made wise use of the powers accorded to it, as well as of the special procedures provided by the Greek Constitution. As a result of both wise constitutional design and effective government action, Greece has impressively flattened the virus curve. Thus, the former black sheep of the Eurozone, is now a European paradigm of effectively dealing with the novel pandemic without deviations from constitutional order and protection of fundamental rights.

Panagiotis Doudonis is a Lecturer and DPhil Candidate in Law at Oriel College, University of Oxford.