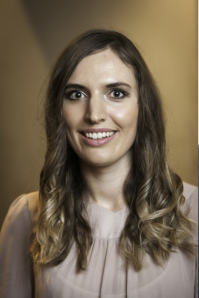 The decision to prorogue Parliament does not only have implications for whether Parliament can prevent a no deal Brexit, it also has important consequences for the making of primary and secondary legislation prior to exit day. We are particularly concerned with statutory instruments (SIs). There is already a strained position vis-à-vis the lack of scrutiny of secondary legislation, to such an extent that Parliament scrutiny is effectively incapacitated. It is clear that prorogation will exacerbate this incapacitation. In this post, we explain why this is the case.

When Parliament is prorogued all Bills fall unless expressly carried over to the next session. This means they need to start the legislative process again in a new session, if they are to be revived. At present, there are five Brexit Bills progressing through Parliament. Two of these, the Trade Bill and the Financial Services Bill are ineligible to be carried over to the next Parliamentary session because they have already progressed too far. The Agriculture Bill, the Fisheries Bill, and the Immigration and Social Security Coordination Bill can in principle be carried over to the next session. However, it is unlikely they will be. In order to carry over a Bill, a Minister must table a motion that proceedings on a Bill were not completed before the end of the session and shall be resumed in the next session. Each Bill requires a separate carry over motion.

There is clear evidence that some of the policies that the Government wishes – or needs – to implement require primary legislation, such as setting prospective fishing quotas for 2020 and making higher direct payments to farmers. As we have previously pointed out elsewhere, without the Trade Bill it is difficult to see how the Government can establish the new Trade Remedies Authority, and – as the Government seems now to have accepted – without the Immigration and Social Security (Co-ordination) Bill it cannot end free movement.  The present course seems likely to present serious challenges to an orderly exit and transition. However, the consequences regarding statutory instruments present a distinct series of problems.

We know the Government needs further laws, aside from those in the Bills mentioned above, to be in place prior to exit day. Stephen Barclay MP said on 27 June that 100 further Brexit related statutory instruments were required before exit day. Since that statement, only 27 further Brexit statutory instruments have been laid. This suggests that the remaining two months before exit day are going to be busy ones for secondary legislation.

The EU (Withdrawal) Act had a ‘sifting’ process built into it. This meant that the European Statutory Instruments Committee had to examine every proposed negative statutory instrument to decide if it should actually be upgraded and therefore debated in both houses. The urgent case procedure allows the Government to bypass this sifting process, intended as a safeguard, to stop the Government avoiding debates on important statutory instruments by laying them using the negative resolution procedure.

Made affirmative statutory instruments will have legal effect immediately but only remain in effect if approved by both Houses within 28 sitting days. The result is that the Government could decide to use the urgent case procedure to lay made affirmatives in October to ensure that they are all in force by exit day. These would still need to be debated within 28 days but, if laid in October, they would not have to be debated prior to exit day. After exit day, it is quite likely that MPs would feel pressure to not vote them down—the debate would occur once they are operative, with individuals, companies, and public authorities relying on them.

The overall picture is therefore not a bright one. Parliament already had limited scrutiny capacity as regards Brexit statutory instruments and prorogation effectively removes what little was in place. It gives the Government a blank cheque to make laws via delegated legislation prior to exit day with the knowledge that there is very little Parliament can do about it.

Alexandra Sinclair is a Research Fellow at the Public Law Project. She is leading on the SIFT Project, which, in partnership with the Hansard Society, is tracking trends in Brexit SIs.

Dr Joe Tomlinson is Senior Lecturer in Public Law at the University of York and Research Director at the Public Law Project.