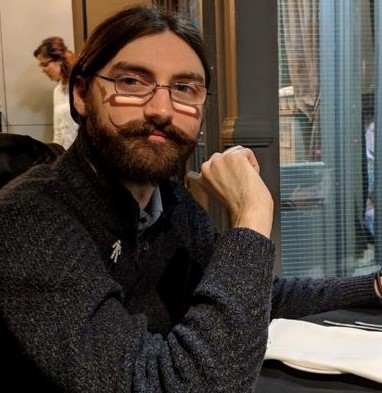 I am a Brexiteer. I am also a democrat (indeed for me the two are very much connected). In this post, I argue that despite mainstream protests to the contrary, democratic principle points to a strong case for a second Brexit referendum. The argument also gives some food for thought regarding the democratic credentials of the UK constitution, and its prizing of Parliamentary sovereignty.

To make this case, I will first elaborate a conception of democratic legitimacy. This provides the positive case for a second referendum: it is the ideal expression of political equality and respect for the decision-making capacity of individuals. I will then consider the popular “democratic” argument against a second referendum, showing it to be contradictory, or at the least, to lead to democratically dubious results. As well as making the case for a second referendum, this argument has wider implications for UK democracy, which will be drawn out along the way.

The Democratic Case for a Referendum

On the account presented here, the key to democratic legitimacy is political equality: democracy treats each individual, their views, beliefs and value judgements, equally in the process of collective decision-making. Majority decision-making in particular does this by according each participant maximum decisional weight compatible with giving the same to others. Waldron praises this as treating each morally autonomous individual with “respect”.

A referendum, operating on a simple majority, reflects this respect in a direct and immediate way: participants vote on the outcome itself, and their votes are given maximal weight. On this basis, “going to the people” in a referendum – including on the future of Brexit – would be the ultimate expression of democratic value: the people themselves, and everyone equally, are given maximal power to determine the decisions under which they live.

The debate since the original Brexit referendum has revealed a number of very important choices about how we Brexit. Deciding between these involves a number of value-laden judgements and balancing exercises: May’s Deal vs No Deal; both of these options (and possibly others) vs Remain. These are important decisions on which people disagree and which, on democratic principle, individuals themselves should have an equal say.

That this is a question of balance shows why each of the above options must be on the ballot paper – individuals must be given maximum power to weigh up and decide upon the options before our country. Taking No Deal off the table, for example, only gives part of the equation and removes the ability of people to set their own relative priorities. Taking Remain off the ballot paper does the same. This is why a referendum purely on how we Brexit, but not, in addition, whether, would be unsatisfactorily incomplete. It might carry a fleeting appeal for the hardcore Brexiteer, but in terms of its democratic credentials, such a referendum would fall short.

While giving individuals a maximal say on the various options available strengthens the democratic case for a second referendum, I have carefully avoided referring to any alleged “change in conditions” since 2016, or the “need” to avoid a No Deal. Nor have I argued that we need a referendum to break the current parliamentary deadlock, or in order to make the case for Remain. These are popular arguments among those who do call for a second referendum, but they are not necessary to make the case.

They are also instrumental concerns, rather than democratic ones. The implication is that, were it not for these factors, the case for a second referendum would fall short. This fails to take core democratic principle sufficiently seriously: democratic participation is not something that needs to be earned or granted only where specific circumstances require it – it is, as Waldron often puts it, the “right of rights”.

Democratically Undemocratic? The Democratic Objection to a Second Referendum

In light of the democratic credentials of referendums, it is peculiar that the apparent mainstream position is that a further Brexit vote would be anti-democratic. In addition to prominent Brexiteers, this has long been the Government line, with Theresa May often reminding us that ‘we had the people’s vote’, and ‘the people voted to leave’.

In short, the argument is that we must “deliver” on the “will of the people” expressed in the 2016 referendum. Anything else would be undemocratic. As one commentator put it, a ‘second referendum would erode the very basis of democracy by suggesting that rule by the majority is an insufficient condition for democratic legitimacy’.

On the grounds above, this premise is well placed. However, while the objection is right to attribute strong democratic legitimacy to the result of a direct majority vote, it falls into an immediate tension in limiting this to the 2016 referendum alone.

The problem is that if the referendum process does give the 2016 result supreme democratic legitimacy, why does it not do the same for any further referendum? The qualities, and therefore democratic value, of the process remain unchanged – it is still a majoritarian process giving maximum decisional weight to individuals directly over collective decisions. Yet, a second referendum is given a toxic status and becomes the antithesis of democracy.

Unless this question can be satisfactorily answered – from democratic principle itself – the case that a further referendum would be undemocratic appears straightforwardly self-defeating. It would treat the majoritarian referendum process both as a legitimacy-giving and legitimacy-robbing device.

The obvious difference, it might be replied, is that we have already had a referendum. Perhaps this affects the democratic legitimacy of a second. However, treating this as making the difference leads to some democratically dubious results.

This irony would not be lost on classical democratic theorists: the problem of inter-temporal entrenchment – or the “dead hand of the past” – can be traced back to Jefferson and Paine. Perhaps not enough time has passed for this to count as “inter-generational” entrenchment (or for the hands to literally be “dead”). Indeed, it is difficult precisely to draw the line showing when a new “generation” supposedly begins. But regardless, the point stands that the people at one point in time are bound by the past. This is a further reason why a referendum without Remain as an option would be unsatisfactory on democratic principle.

Thus, on the “democratic” objection to a further referendum, from 2016 onwards individuals are in effect rendered powerless on all matters Brexit. This is far from democratic, on the conception above, and indeed on the conception assumed by those who prize the “will of the people”.

Putting Parliament in Its Place

The undemocratic picture gets even worse once a side effect of denying a second referendum is factored in. While citizens are disempowered, the Government and Parliament are left in control. The power to approve (or not) the final Brexit deal is – following some intervention – left to MPs. We are where we are because they have repeatedly rejected that deal.

MPs have also to date rejected the idea of a further referendum. First, in the series of indicative votes, then in making clear that even the promise to offer a referendum on the deal – to confirm the actual views of their constituents – was not going to be enough to get it through.

These are important, value-laden judgments, on which many hold views. The irony is that those who reject a further referendum on the basis that we must respect the “will of the people” are in fact disempowering those people on these crucially important questions. They are all left to MPs.

Put bluntly, in democratic terms there is no competition. Not only is a direct majoritarian vote the ideal reflection of respect for the decision-making capacity of individuals, it throws into sharp relief some problematic elements of representation.

Despite its reputation as pleasingly “democratic” – thereby providing the normative underpinning for the doctrine of parliamentary sovereignty – representation has a prima facie elitist character. This is due to the inequality in decisional influence at its heart. Taken back to basics, representation involves giving greater control – greater decisional weight – to a small group of people, while leaving the rest with, at best, only indirect influence.

This not only underlines the point about the democratic credentials of a second referendum, it leads to a wider point about UK democracy. We have a system where MPs have the sovereign authority to decide the questions which face our society, where direct democracy – giving individuals this power – is seen very much as a special occasion (and to some not a happy one) grantable only on the whim of Parliament.

We have a system where the news of the day is whether Parliament will let a Government force the country down a No Deal route, while repeatedly refusing to allow individuals themselves to take this decision. In such a system, democracy and its underlying values of political equality and respect for the decision-making capacities of individuals is far from achieved. Referendums, and particularly a direct power for citizens to initiate them (as in Switzerland, for example), are a way of tempering this imperfection inherent in representative democracy.

I have put forward a principled democratic case for a second referendum: it would give individuals maximal decision-making power on the future of Brexit, and the value-judgements implicated. “Democratic” arguments against such a vote, while common, are misguided, and arguably give rise to democratically dubious results.

This case turns up some food for thought regarding the state of UK democracy more generally, highlighting the disempowerment and elitism at the heart of its lingering attachment to a pure form of Parliamentary democracy, in which direct decision-making is seen as an occasional pathology.

Brexit was seen by many as a chance to reinvigorate our democracy. Indeed, the principal reason I supported Brexit in the first referendum – and still do – is that it was the more democratic option; a chance to enhance the future self-government of the UK, and to move power closer to its individual citizens. The argument in this blog has tried to take this sentiment seriously. Parliament has, with a little help from the courts, staked its claim in the process. But for a democrat it is not only the Government which needs putting in its place – it is Parliament too. The Brexit process itself seems a good place to start.

Many thanks to Robert Craig, Gavin Phillipson and Alison Young for, as ever, thorough and helpful comments on previous drafts.