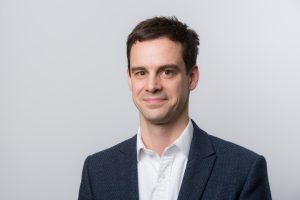 An article in the Sunday Times by Professor Richard Ekins and Sir Stephen Laws QC advised that the Monarch could withhold Royal Assent to a bill passed if advised to do so by ministers.  Robert Craig  has also argued for that position in a blog post, making clear why in his view that is the democratically legitimate position.  Professors Mark Elliott and Thomas Poole both refute these views, but recognize a prima facie tension between a constitutional convention that the Monarch follow ministerial advice on the one hand, and a convention that the Monarch almost automatically give Royal Assent to duly passed bills on the other.  Poole assumes for the sake of argument that they might be in conflict, and argues that were it so, the convention on Royal Assent would prevail.  I agree with him so far as that argument goes. (Professor Poole also alludes to the view that I detail further below as probably the better view). Mark Elliott recognizes the tension but says it would be a mistake to see an actual conflict between the conventions.  He argues that the convention on following ministerial advice simply does not apply to the exercise of Royal Assent, for ‘There is absolutely no uncertainty when it comes to granting royal assent, and so Ministerial advice is beside the point.’  I agree with Professor Elliott’s conclusion but want to illustrate it in a way that addresses more fully some of the arguments to the contrary.  I argue that the key distinction here is that the convention on ministerial advice does not apply to the Crown’s legislative function when the Monarch acts as Crown-in-Parliament. It is reserved for most of her executive functions regarding matters outside the legislative process, chiefly for those functions exercised in what is often called Crown-in-Council. Let’s take the most obvious starting point. Every Act of the UK Parliament commences with the following preamble:

Be it enacted by the Queen’s most Excellent Majesty, by and with the advice and consent of the Lords Spiritual and Temporal, and Commons, in this present Parliament assembled, and by the authority of the same, as follows:

The role of ministers is conspicuously absent in this formula.  Note that the Commons and Lords not only provide ‘consent’ but also ‘advice’ in the matter, and she acts by the authority of that composite Parliament. Anne Twomey has written a magisterial book covering the law and practice in Westminister systems around the Commonwealth: The Veiled Sceptre: Reserve Powers of Heads of State in Westminster Systems (Cambridge University Press, 2018). She confirms that as a matter of practice in the UK, Royal Assent is given by the Queen signing letters patent prepared by the Clerk of the Crown and no advice is given by ministers. (p. 627; see also the Royal Assent Act 1967).  She recognizes that there is a paucity of any precedents on the question of whether consent can be refused on the advice of ministers.  But there is some UK practice of a less dramatic kind. At pp. 628-29, Twomey  recounts an occurrence that is highly material to the present question in the UK:

This is the closest we have to an official pronouncement on exactly this subject, opined on by the then Lord Chancellor, confirmed by letter from the Monarch.  In another case recounted by Twomey, the Governor General of New Zealand was advised in 1877 by then Prime Minister George Grey to refuse assent to a Bill that had passed through the New Zealand parliament prior to Grey taking office. The Governor refused this advice, arguing that the Bill must be opposed in parliament and not by way of advice to him to refuse assent.  When Prime Minister Grey complained to the UK Secretary of State for the Colonies about the issue, arguing that the Governor was constitutionally obligated to follow ministerial advice, the Secretary of State backed the Governor and rejected the Prime Minister’s contention. (pp. 646-647) Professor Twomey’s book is relied on by Robert Craig for the view that the Queen must withhold Royal Assent on ministerial advice.  But her own view is different, and in my view comes across differently in her book. In her discussion of the issue of ministerial advice to refuse assent, she concludes her own analysis of the issue by questioning the salience of the very distinction between responsible or representative government that Craig relies on in his argument:

Jeff King is a Professor of Law at the Faculty of Laws, University College London.  He thanks Anne Twomey for comments and Robert Craig, Gavin Phillipson, Tom Hickman QC and Tom Poole for previous discussions.

(Suggested citation:  J. King, ‘Can Royal Assent to a Bill be Witheld If So Advised by Ministers?’ U.K. Const. L. Blog (5th Apr. 2019) (available at: https://ukconstitutionallaw.org/))