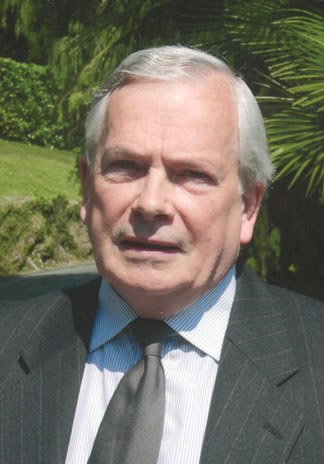 The two-year time-limit in Article 50 of the Treaty on European Union has come and gone.  It is now possible that no withdrawal agreement between the European Council and the UK will be concluded.  This means that the UK would leave the EU in catastrophic circumstances on April 12.  An interesting final irony would be that the UK would be leaving the EU on the basis of a legal howler.

The Wightman ruling of the European Court of Justice on 10 December 2018 recognised the unilateral right of the UK to revoke the notification of its intention to withdraw from the EU.

The reasoning of the Court was based on the idea that, although Article 50 does not create such a right explicitly, it must be inherent in the very nature of the notification of a mere intention to withdraw.  Such an intention may change over the course of time, for example, in the light of the bitter experience of an attempt to give effect to the withdrawal in practice.

If the UK’s notification of its intention to withdraw from the EU is not revoked before 12 April or 22 May, a significant legal problem would arise.

The power to extend the period of negotiation under Article 50 is designed to switch off the two-year time-limit that would otherwise cause the automatic withdrawal of a member state.  The ­agreement of 21 March between the Prime Minister and the European Council extended the period of negotiation and thereby prevented automatic withdrawal on 29 March.  As a result of the agreement of 21 March, the two-year time-limit in Article 50 measured from March 2017 ceased to have legal significance.

What lawyers call the object and purpose of the power in Article 50 allowing an extension of the period of negotiation is to allow us to avoid the disaster of an automatic withdrawal, not to prevent further genuine negotiation.  But that is precisely the effect of the new time-limits in the agreement of 21 March.  They are liable to cause what the power in Article 50 is designed to avoid.

The use of the power in Article 50 to impose time-limits with this ulterior purpose cannot conceivably be lawful, even if it takes the form of an ad hoc agreement between the UK and the European Council.

Imposing time-limits that lead to automatic UK withdrawal without genuine further negotiation would require a formal amendment of Article 50.  This can only be achieved by the amendment procedures contained in the Treaty on European Union and the Treaty on the Functioning of the European Union.  Amending EU treaties can take many years to complete.

If the UK notification of its intention to withdraw from the EU is not revoked before 12 April or 22 May, it would be possible to conclude a new ad hoc agreement with the European Council creating the possibility of genuine further negotiation, with or without time-limits that are compatible with the object and purpose of Article 50.

It is difficult to say how or when a senior national court or the European Court of Justice could apply their forensic minds to this problem of the legality of the new time-limits.  It might be after the illegitimate automatic withdrawal had occurred.

If the time-limits in the agreement of 21 March were held to be unlawful and invalid under EU law and UK law, the UK would then continue to be, or would retroactively become again, a member state of the EU.

Of course, the government of the UK, as an improbably surviving EU member state, could thereafter notify the European Council of a newly formed UK intention to withdraw.  Article 50 would then be applicable again, with its two-year time-limit from the date of a new notification, together with the power to extend the period of negotiation.  We could have any number of reprises of Brexit.