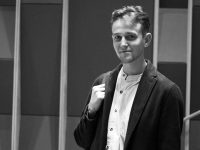 The decision of the Divisional Court in the matter of R (DSD and NVB) v Parole Board of England and Wales, or the “Worboys Parole Board” case, was described by the Court as “wholly exceptional”, [3]. The Court, comprising Sir Brian Leveson, Mr Justice Jay and Mr Justice Garnham, quashed the decision of the Parole Board to release John Worboys, the “black cab rapist”. However, the “exceptional” nature of the case and its facts led the court into some rather tortured reasoning that undermines the structure and integrity of UK public law substantive review. The decision not to let Worboys, now known as John Radford, onto the streets after 9 years imprisonment likely represented the correct outcome, but the way the court got to this conclusion will make life notably more difficult for Parole Boards in exercising their duties in future. Such an outcome is all the more frustrating since the Divisional Court had a perfectly workable alternative means to securing this outcome: through the use of the “Public Sector Equality Duty” (PSED) found in s.149 of the Equality Act 2010.

Summary of the facts

In March 2009, Worboys was convicted of 19 serious sexual offences, including one rape, that had taken place between 2003 and 2008. It is understood, however, that he had seriously assaulted more than 100 women, for most of which he was never indicted. For example, DSD and NVB, the claimants in this litigation, had also brought claims against the Commissioner of Police for the Metropolis under ss. 7 and 8 of the Human Rights Act 1998. They succeeded before Green J in the High Court, whose decision was affirmed in the Court of Appeal and the Supreme Court. Green J held that, between 2002 and 2008, Mr Worboys had committed in excess of 105 rapes and sexual assaults upon women in his taxi. Further, on 28th April 2009, the CPS wrote to DSD, indicating that while the evidential threshold to prosecute Worboys for her assault was reached, there were “dangers in putting too many charges on an indictment at the trial”, [57]. Around 80 victims in total had come forward to the police operation, but not of all them could see prosecutions of their case, [41]. For those 19 convictions, Penry-Davey J sentenced him to an indeterminate sentence, specifying a minimum term of imprisonment of 8 years. After 9 years, on 26th December 2017, the Parole Board decided that incarceration was no longer necessary, directing him to be released.

Summary of the Parole Board decision

The Parole Board considered that Worboys no longer posed a threat to society. The decision to release a Category A prisoner such as Worboys without them transitioning to a Category B or C is very rare, [28]. But they were influenced by the fact that, while Worboys’ original communications with the Probation Officer were of denial and maintenance of innocence, [19] by 2015 he began to take responsibility for the crimes for which he was convicted, [20]-[21]. He gave accounts of his heavy use of alcohol and lack of respect for women, [43]. They were also influenced by misinformation that Worboys gave them, for example by attributing his offending to triggers taking place in 2005, such as his watching of a pornographic video and a break-up, despite the fact that he had been assaulting women since 2002. His admission of responsibility was restricted exclusively to the offences for which he had been convicted, saying nothing of the many other offences he had been found to have committed. No probing was made by the Board of the inconsistencies in his accounts, whether his offending was indeed confined to the twelve victims in relation to whom he was found guilty, or his credibility and reliability, [44]. This was so despite the fact that there was considerable material in Worboys’ dossier that would have undermined his explanations of events, [49] for example the police finding his “rape kit” in his car, containing equipment to stupefy and sexually assault passengers.

The grounds of appeal and the decision of the Divisional Court

The decision of the Parole Board was to be reviewed on three grounds: (a) that there was a material error of fact giving rise to unfairness; (b) that there was a failure to consider a relevant consideration; and (c) the decision to release Worboys as a whole was Wednesbury unreasonable “in the straightforward sense of being irrational”, [78]. In the end, the Divisional Court was unconvinced on all three heads, but carved out an alternative means of quashing the Board’s decision.

The error of fact claim received short shrift. The test for a “material error of fact giving rise to unfairness” under E v Secretary of State for the Home Department, requires the fact in question to be “established”; since it had not been proved that Worboys had “offended more widely”, the test was not made out.

The submission in relation to relevant considerations was not dissimilar. Kaufmann QC argued that the “critical evidence” was a relevant consideration that the Board was obliged to consider in this case, otherwise the decision failed the legality test. Mr Fitzgerald QC for Worboys noted that, where a relevant consideration is implied into a statute (here, s. 28(6)(b) of the Crime [Sentences] Act 1997), that consideration must constitute a legal obligation in all circumstances. The Court determined that the statute did not necessitate the conclusion that evidence of wider offending, such as witness statements from DSD and the Green J judgment, had to be considered in all cases. This would impose too great a burden on the Parole Board, and was not mandated by the statutory wording.

As to the overall rationality of the decision, while the Court was persuaded that the “decision [was] surprising and concerning”, it had not met the Wednesbury threshold, [130]. There were lots of “striking features”: for example, his “dramatic volte face which came after at least six years of his adamantly maintaining his innocence and attempting to secure his release through the court system and the CCRC”, [124], and that he was “devious, calculating and an expert manipulator” [131]. But it had not been shown that the conclusion that Worboys’ imprisonment was no longer necessary for the protection of the public was irrational. The Board had given clear and detailed reasons for their decision, fully aware that they were taking an unorthodox step.

Despite this finding, the decision was ultimately held to be Wednesbury unreasonable on a different, narrower ground. The decision as a whole was not irrational, but “the Parole Board ought to have carried out… further inquiry”, [159] into the other allegations and into Worboys’ case, and the failure to do this was Wednesbury unreasonable. This was justified by various factors, including that there was “reason to doubt his explanations [of what had happened] as a matter of common sense”, his lack of honesty and openness, and the outstanding 80+ allegations that were noted in his dossier.

This reasoning is unsatisfactory. Firstly, the Court holds that while the overall decision to release bears Wednesbury scrutiny, the reasoning process getting them to that conclusion does not. It seems odd to suggest that the (irrational) failure to consider a crucial and potentially determinative set of factors within the process of one’s reasoning does not render the ultimate decision irrational too. Further, confusingly, the factors as to why investigation was irrational appear to be almost identical to the factors why the overall decision to release was surprising, although not irrational. Secondly, the Court’s decision tugs at the seams of the entire structure of UK control of discretion.

Professor Paul Craig has argued that the Wednesbury reasonableness enquiry entails considerations of weight and balance. This is necessitated by the way that substantive review is structured. Firstly, at the legality stage, the courts consider which considerations must be taken into account by the decision-maker. If the decision survives this stage, Craig argues, there is nothing left for the courts to consider but whether the weighting of those considerations was appropriate (according to whichever calibration the test is given in those circumstances). This analysis was affirmed by Lord Mance in Kennedy v The Charity Commission. The difficulty, then, with the Divisional Court’s analysis stems from the finding that there was no requirement to consider the other allegations, inter alia. But the failure to investigate those was irrational. So, the Parole Board is said to have given insufficient weight to a consideration that they were not required to consider.

Of course, given that relevant considerations have to be implied into the statute across the board, it is plausible that some factors could need to be investigated in this particular case, but not in other cases. But this puts Parole Boards in a difficult position. This mercurial advice dictates that failures to investigate outstanding allegations, while not obligatory, can render a Parole Board decision completely devoid of merit. This may well lead to inconsistencies of approach between different Boards with different resource structures and different interpretations of what is expected of them.

If the Court wanted to require the Board to undertake investigations into John Worboys’ particularly nasty past, it need not have stretched the entire fabric of UK substantive review to do so. They could have reached the same outcome by using the PSED, found in s.149 of the Equality Act 2010. S.149 reads:

(1) A public authority must, in the exercise of its functions, have due regard to the need to—

(a) eliminate discrimination, harassment, victimisation and any other conduct that is prohibited by or under this Act;

(b) advance equality of opportunity between persons who share a relevant protected characteristic and persons who do not share it;

(c) foster good relations between persons who share a relevant protected characteristic and persons who do not share it.

Plausibly, a Parole Board having “due regard” to the need to eliminate discrimination and harassment, and the need to foster good relations between men and women, would investigate some background allegations made against John Worboys before releasing him into the public. As Mummery LJ in Elias shows us, the PSED is a ground of legality and failure to have “due regard” will lead to the decision being quashed. Such could have happened without any need for problematic resort to Wednesbury review.

The reason why this was not pleaded or used is likely because the duty remains relatively unknown and is (wrongly) perceived as having little purchase in cases such as this. In fact, case law suggests that the obligations entailed by “due regard” can be pretty muscular. Relevant to our case, Calvert-Smith J in Hajrula said that “In a case where large numbers of vulnerable people, many of whom fall within one or more of the protected groups, are affected, the due regard necessary is very high”. Walker J in W v Birmingham adds that the duty may “require positive steps to address disadvantage”, [151]. Further, importantly in light of the Supreme Court decision in DSD v Commissioner of Police of the Metropolis, Walker J adds that “The duty requires public authorities to take action to tackle the consequences of past decisions which failed to give due regard to … equality ” [151].

Thus, it is perfectly plausible that the Court could have held that the positive step of undertaking investigation was mandated by the large number of (potential) victims and the previous failings of public bodies to halt Worboys’ despicable actions for many years. The decision would have been restricted to its particular facts without any problem for overall structures. In order to have due regard of concerns about harassment, the Board should have investigated the multitude of previous gender-based crimes Worboys had committed. This, it is submitted, would have imposed the same obligations upon the Parole Board, without any subversion of pre-existing doctrine or any inconsistent advice being given.

Finnian Clarke is currently a Bonavero Fellow in Human Rights at Reprieve and is about to take up a position as a Judicial Assistant at the Court of Appeal.