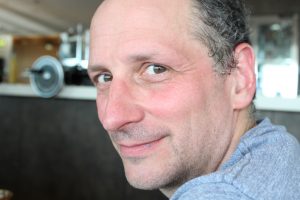 There is an old joke, in which a man is driving through the countryside, lost. He stops his car in a small village to ask a local for directions. The local responds by saying: ‘you want to get where? Oh, to get there, I wouldn’t start from here.’

It’s a joke my children wouldn’t get, from another era, from an age before satnav and Google maps. Perhaps it should be retired. But it remains of contemporary relevance at least as a way of understanding the recent judgment of Richard v BBC. This is because it highlights the issue of framing: the way one perceives an issue dictates, to some extent, the way one attempts to deal with it. Framing is well known in journalism, as the way a journalist perceives an event – frames it – influences the way she will report on it. It also can be helpful in law. The way an advocate persuades a tribunal to perceive an event – frames it – dictates, to some extent, the conclusion the tribunal will reach. Every advocate knows that to get to a particular destination, it’s important to get the judge or jury to start from the right place.

Reading the 454 paragraphs of Mann J’s clear prose in Richard v BBC, we are left with little doubt how he framed the case. A well-beloved celebrity, Sir Cliff Richard, was unfairly accused of a horrendous crime, and was investigated, as was only right, by the police. But the police told the BBC this private information, which they shouldn’t have done, because they were pressurised into doing so by the BBC. The BBC prepared a report, dispatched a helicopter to shoot video through Sir Cliff’s windows of policemen searching his flat, and then published this to the world. This harmed Sir Cliff, who sued the police for informing the BBC, and the BBC for informing the world. Justice was done to Sir Cliff when Mann J resolved the dilemmas with which he was presented in favour of Sir Cliff.

Indeed, Mann J seems to have resolved all the dilemmas with which he was faced in favour of Sir Cliff. Many of these findings might be challenged, and some are supported by stronger reasoning than others. The BBC has indicated that it is considering appealing. This blog concentrates on one finding that can be challenged, as it is one that potentially has the most impact on public interest journalism. This is Mann J’s conclusion in paragraph 248 that a person under police investigation has a prima facie reasonable expectation of privacy in respect of that fact. The blog argues that, while an understandable conclusion given Mann J’s framing of Sir Cliff’s case, this finding erects a significant and substantial hurdle for those undertaking public interest journalism. That is a problem.

The notion of framing is useful in explaining why, for there are other ways of framing the dilemma with which the learned judge was presented. One is epitomised by the Jimmy Savile scandal. (Indeed, to be fair, this was recognised by the judge at paragraph 281). Savile, as is well known, was a serial sexual abuser, who hid in plain sight behind his fame. One thing that made it possible for him to hide in this way was the law of defamation, for it was the law of defamation that chilled investigations into his conduct by journalists such as Meirion Jones. Yet such investigations, and the coruscating sunlight of publicity they can bring with them, would likely have stopped Savile from assaulting and abusing other victims.

Is it too much to say, then, that, but for the stringency of British defamation law, fewer people would have been sexually assaulted by Savile? Perhaps so. This is because there are so many other features of Savile’s abuse beyond its legal context and the effect of such law on journalists. But it is at least one way of framing the question faced by Mann J as to whether the law of privacy should be made more stringent. Indeed, when he found that all those under investigation by the police have a prima facie reasonable expectation of privacy, removing the ambiguity that had until this point been present in the law, this is what Mann J did. The problem is that such a finding will make the public interest investigative journalism into people like Savile – and indeed, into the police – harder. It is likely that, as a result, there will be fewer of them.

This observation leads to another way of framing Richard v BBC, which is also helpful in seeing why Mann J’s finding is a problem. Consider media law in the UK as a whole. Many recent cases have inhibited public interest investigative journalism. For example the Supreme Court in Ingenious Media v HMRC narrowed the availability of the ‘defence’ of public interest in actions for Breach of Confidence, and the Court of Appeal in Lachaux v Independent Print Ltd interpreted in a restrictive way (from the point of view of defendants) the phrase ‘serious harm’ in section 1 of the Defamation Act 2013. This made it easier for some defendants to issue claims in defamation. (The case is currently also on appeal to the Supreme Court.) One can also look at the reported increased use of data protection as a cause of action for claimants. When considered individually, framed by claimant advocates in each case, these decisions are eminently justifiable. Yet together, changes in media law have made the work of public interest investigative journalism harder. This difficulty has been bolstered by Richard v BBC.

This, by itself, is no criticism of Mann J’s judgment. It is, as is well known, how the Common Law works. Individual judges make decisions on the case with which they are presented: they weave a particular thread. As a matter of principle, they are seldom asked to rule on how appropriately that thread fits of the fabric of the law, seen as a whole, or on the law itself. After all, very few cases will require a judge to consider how the issue being litigated interacts with other elements of the law that operate on a defendant. Such is the job of the legislature, or the Law Commission.

But there are also particular concerns with the route by which Mann J came to his conclusion. These can be found in paragraphs 231 to 248, the basis for the decision on the privacy right of those under investigation. It is here that the learned judge surveyed relevant case law, and took notice of extra-judicial sources, not least the Leveson report. In doing so, as can be expected, he articulated both the doctrinal and policy reasons for concluding that the subject of an investigation had a reasonable expectation of privacy. But what he failed to do sufficiently is discuss the policy reasons and arguments against there being a reasonable expectation of privacy. These policy arguments can be supplemented by the doctrine of open justice. This is because the position of an individual being investigated by the police is comparable in relevant ways to that of an individual being tried in a court. In court, an individual may be said to have an expectation of privacy, but it is not likely to be prima facie reasonable, and the same can be said to someone under investigation. As he omitted to consider these, the judge’s reasoning does not support his conclusion.

It is not completely unbalanced. To be fair to Mann J, some of the policy arguments why an expectation of privacy may not be reasonable are indeed canvassed in his judgment. One is what Mann J calls ‘shaking the tree’, namely the idea that publicity will encourage other complainants or witnesses to come forward. (This is not an argument that was advanced on behalf of the BBC – see paragraph  252.) But this is not a strong argument against the existence of a reasonable expectation of privacy. It is, rather, an argument about why privacy in such situations should not overcome freedom of expression, when the two rights are balanced. More pertinent are other arguments. Three can be presented here.

The first is the classic, Benthamite justification for Open Justice, namely that it keeps the judges, while judging, under trial, and so inhibits misfeasance by those in authority. If this is applicable to judges, surely it is even more applicable to police when they investigate. It provides a rationale why an individual’s expectation of privacy in relation to an investigation may be prima facie unreasonable: the police need policing, and journalistic investigations can assist in this. Secondly, there is the concern that where the actions of a state are obscured and un-reportable, it incurs suspicion in the public’s minds. As Milton observed ‘forbidd’n writing is thought to be a certain spark of truth that flies up in the faces of them who seeke to tread it out’. This, more recently, has been part of Munby J’s arguments as to why the operation of the Family Courts should be subject to more publicity. The fear in relation to police investigations is that if journalists cannot report on those being investigated by the police, that suspicion and conspiracy theories will tend to flourish about what the police are up to, and this may harm public trust in the system.

The third argument against there being a prima facie reasonable expectation of privacy is that this impedes the public being informed about an important political fact of which they ought to be informed. The operation of the criminal justice system is a central aspect of a liberal democracy, and a key subject on which people form political opinions, influencing their decision on how to vote. It is clearly important that the public are informed about police investigations. None of these arguments were canvassed by Mann J in his judgment, and surely this is a flaw. If they had been, they should have supported the view that the law ought not to recognise a prima facie right to privacy in respect of a police investigation.

This is not to say that there never can be a right to privacy in an investigation. But what should happen is that whether privacy is engaged in an investigation should be a question of fact to be determined in each case, rather than a presumption of law to be applied in all. Such a resolution is acceptable in a broader range of the ways cases such as Richard v BBC can be framed. It is also less likely to chill public interest investigative journalism.